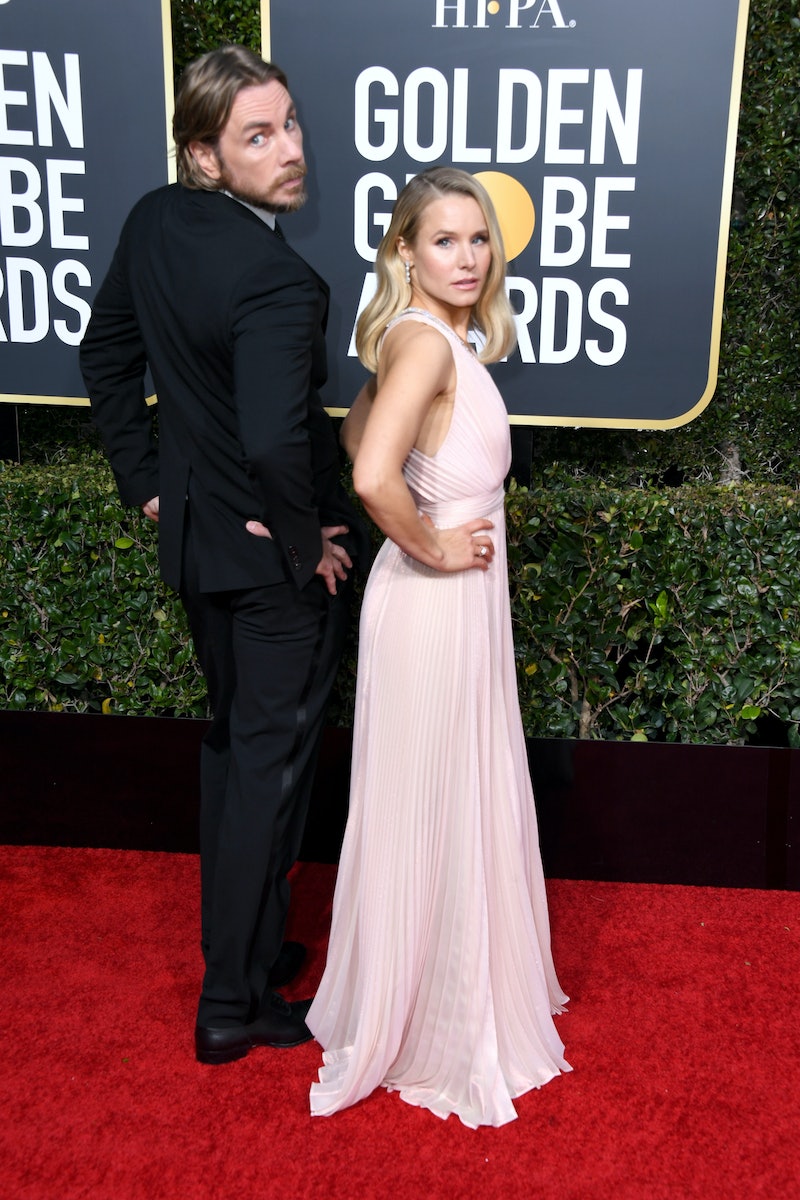 Has the birds and the bees discussion really been fun for anyone, ever? Kristen Bell and Dax Shepard's daughter's reaction to the sex talk is one that really captures anyone's feelings about it regardless of age. And she's only five. During a recent visit to The Ellen Show, the couple shared their kindergartener Lincoln's reaction to learning about procreation and it's priceless.

According to Bell, it was Lincoln who randomly approached her famous parents about the subject, asking, "But where do babies come from?" And suddenly, it was time. "We were both like, 'Real talk. Sit down,'" Bell said. Her husband added, "We went through the anatomy: penis, vagina, ovum, sperm. We're laying it all out. We get right to the action..." And that's when Lincoln lost interest. "[We got] right to the good part," said Bell, "and she's like, 'OK, I gotta go outside.' And just left." Shepard added, "Yeah, she bailed."

Honestly, can you blame her? "She knows all the organs, but when it got to the actual nuts and bolts of the operation...," said Shepard when Bell chimed in, "She ditched. She didn't care. We bored her to death." And just like that, the reaction to the sex talk was perfected by 5-year-old Lincoln Shepard.

Bell and Shepard also have a daughter, Delta, who's three. These parents have never been ones to sugarcoat anything to their little ones. Last December, for example, Shepard opened up about telling his kids the truth about Santa Claus. “This is going to be very controversial. I have a fundamental rule that I will never lie to them, which is challenging at times. Our 5-year-old started asking questions like, ‘Well, this doesn’t make sense, and that doesn’t make sense.’ I’m like, ‘You know what? This is just a fun thing we pretend while it’s Christmas,'" he told Us Weekly. "They love watching movies about Santa, they love talking about Santa. They don’t think he exists, but they’re super happy and everything’s fine.”

Before Lincoln and Delta were probably even learning their ABCs, they heard about sobriety and AA from their parents. "Sometimes they say, ‘I want go to an Alcoholics Anonymous meeting,'" Bell told Us Weekly last September regarding Shepard's sobriety journey. "Because he’s a comedian, [Dax] says, ‘Don’t worry, you will.’ So we keep it light," the actor revealed. "We celebrate his sobriety birthday much, much bigger than his birthday. I’m happy he was born, but I’m incredibly excited about the fact that he stays alive."

Talk about coolest parents ever. In December, the couple celebrated the holidays wearing matching checkered onesies and Santa hats labeled "mom" and "dad." Bell has documented her hairstyle created by her own daughter (who she said "only pees her bed a few times a week"). Shepard will go lengths to play with his kids, even if it entails laying in a bunk bed wearing a crown and holding stuffed animals per his daughters' request. Can they be all of our parents or is that request too much to ask?