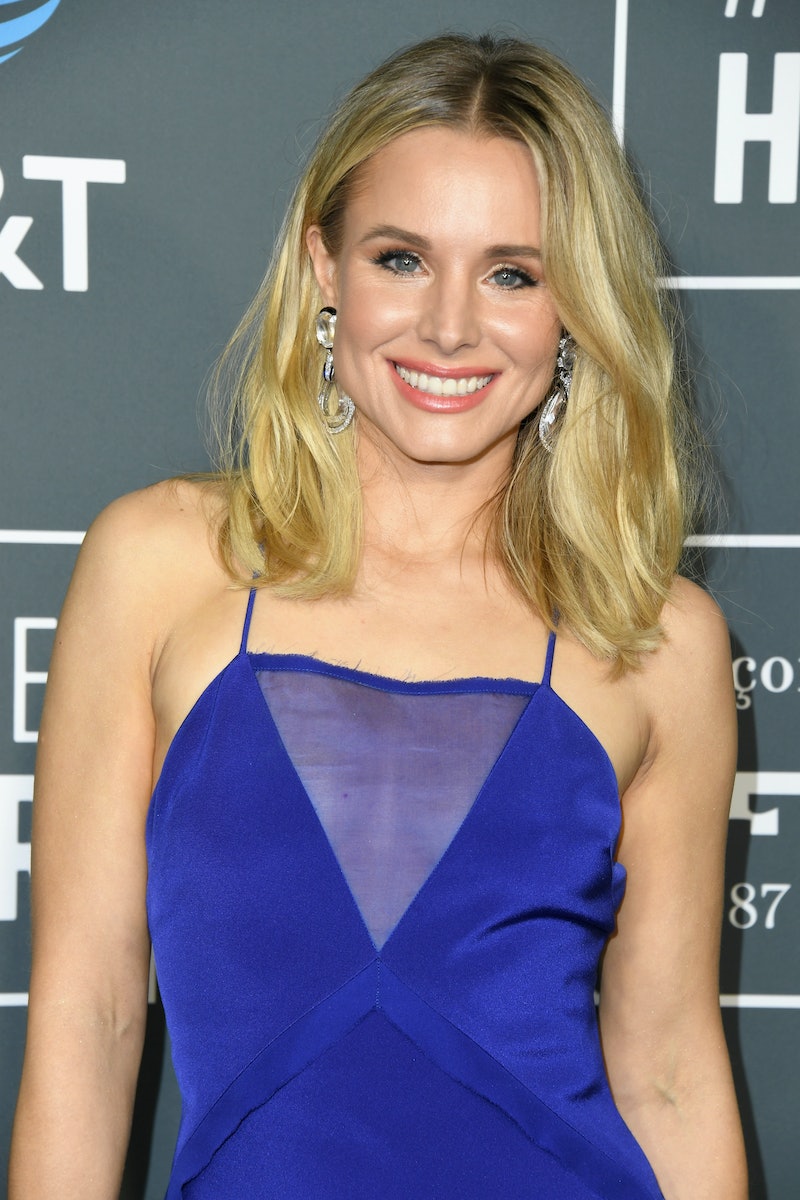 Could it be a case of forking amnesia? Kristen Bell knows how The Good Place ends — or at least she did. During a Jan. 23 interview, TBS late-night host Conan O'Brien asked Bell if series creator Mike Schur had clued her in on how the NBC afterlife comedy will eventually wrap up. "You know what, Conan?" Bell began coyly, with her hand on her chin, as castmates William Jackson Harper, Jameela Jamil, D'Arcy Carden, and Manny Jacinto listened intently. "I was told and the funny thing is I got a lot goin' on and I don't remember things very well and I forgot. I legit forgot." (Hmm, sounds awfully convenient, K-Bell.)

When teased by O'Brien that she'd forgotten something about "the show that is your life right now," the actor provided the following defense: "I got two kids, guys, that's, like, a lot of work! They're so much work; they don't even tell you how much work they are. And he told me last year. He's like, 'This is how I'm gonna wrap it up. Yeah, that's the right idea.' And it has exited my brain."

Responded Carden, who plays Janet, "You were the right person to tell then."

The group did agree, however, on which cast member to definitely not to tell: Ted Danson (AKA Michael). "Ted tells all of our secrets to everyone, so he'll never be told," Jamil interjected on Conan. "He literally told everyone the Season 1 twist months in advance. Loose-lipped Danson."

About that Season 1 "Bad Place" finale reveal... According to Bell, she and Danson were the only two Good Place cast members in the know ahead of time. When the group finally learned the twist ahead of filming the finale episode, Bell filmed her castmates' reactions and shared the video with Entertainment Weekly nearly one year later.

“I thought it was going to be my first submission to America’s Funniest Home Videos, the best television show ever to grace the planet,” she said. “I really thought it was going to win me a hundred thousand dollars, their big jackpot prize. It was as good as you think it is because they were really stunned. They were having trouble… It was very paralyzing — they were all like ‘Huh?’ because it was an alternate reality to what they had been living in. They had been living in something that was completely untrue, just like their characters.”

Added Bell: “I wanted to see everyone’s unique ability to digest this betrayal.”

Before fans start thinking about the series finale, however, they have tonight's Season 3 finale (airing at 9:30 p.m. ET on NBC) to look forward to. The network gave the finale episode titled "Pandemonium" the following official synopsis: "Various events occur, in a certain specific order." Well, ok, then...

While NBC didn't exactly shed much light on what fans can expect, Schur did drop one hint regarding Michael's plan to EW. “Michael had everything planned perfectly,” revealed the series' creator. “And then, from literally the first second, the entire thing goes off the rails.”

Sounds like a good place for fans to be later is parked firmly in front of their TVs.