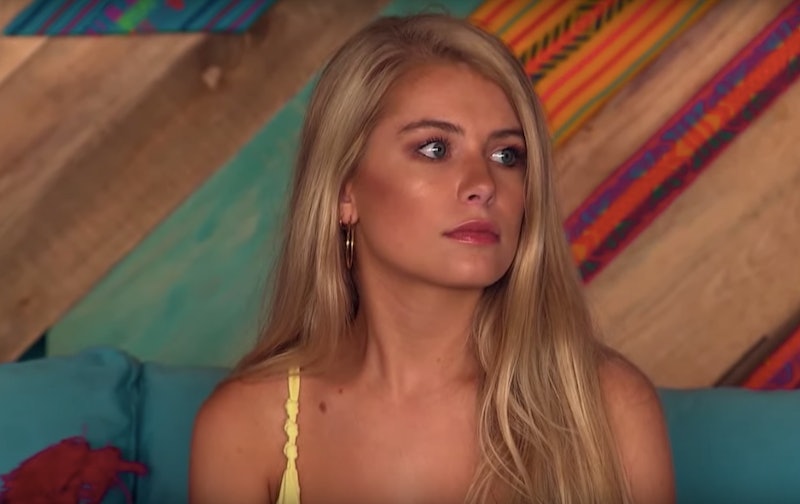 Bachelor In Paradise fans already know plenty about Derek, but it's time we learned a little about the other person vying for Demi's heart. Based on the teaser for Tuesday night's episode, the woman Demi was dating before going on the show is about to make a surprise appearance in Mexico. And now that Demi has finally said her name, we can look to Kristian Haggerty's Instagram for some insight on why Demi has fallen so hard for her.

According to Bachelor blogger Reality Steve, Demi and Kristian began dating in February after being introduced by Bachelor alum Catherine Agro. Indeed, Kristian is close friends with both Catherine, who competed on Colton's Bachelor season with Demi, and her twin sister, Alexandra. As for what else Bachelor Nation can glean about this soon-to-be reality star, Kristian attended Stetson University (located in DeLand, Florida) on a crew scholarship, according to her personal website, where she graduated with a Business Administration degree in 2014. She's also dabbled in both comedy and modeling and currently works as a production assistant in California.

But let's get down to the brass tacks and see what makes Kristian and Demi perfect for each other.

She & Demi Appreciate A Good Charcuterie Board

Between Kristian in a robe, holding a cutting board full of snacks and what's likely a speaker, and Demi smizing for the camera with a drink in her hand, the two seem super comfortable together.

If we've learned anything from Bachelor in Paradise, it's that a lot goes down at music festivals. And while Coachella may not have the same reputation on Season 6 as Stagecoach, it proves that Kristian appreciates (or at least tolerates) the festival scene. According to her Instagram, Demi has been to the Dallas music festival JMBLYA, and, of course, this year's Stagecoach, so they have that in common.

She & Catherine Go Way Back

In the above slideshow, there's a childhood photo of one of the Agro twins with Kristian, so they've clearly known each other for years — 18, according to Kristian's Instagram caption. Furthermore, both Catherine and Kristian are from Palm City, according to their Facebooks, so they likely grew up together. Catherine and Demi also clearly get along, so they already share a friend group!

Kristian has a whole Instagram highlight dedicated to dressing up Catherine's dog, Kismet, in a dog-sized Adidas tracksuit, posing him in different positions and laughing uncontrollably. Demi also posted a photo with what looks like the same dog, writing, "He's the cutest pup even when he's running away from me." Plus, Demi has a cat, who she's clearly obsessed with.

She Has An Adventurous Spirit

Kristian's social media is filled with photos of her traveling to places like Oslo, Northern Ireland, Panama, Australia, and Venice, among others. She's also posted about snowboarding in Colorado, and the above photo is on the Stubaier Gletscher, located in Austria. Demi likes to travel, too, saying in an Instagram post that "Singapore is [her] favorite place on Earth."

So whether it ends up working out for Kristian and Demi, it seems like they have a lot in common. If nothing else, at least they'll always have Paradise.