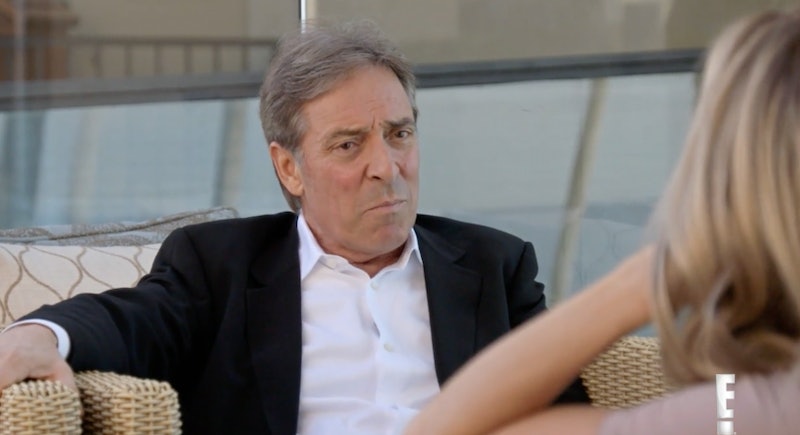 Following the third anniversary of her brother's death, Kristin Cavallari visited her dad in Laguna Beach to see how he was holding up. The Very Cavallari cameras followed. "I feel really bad for my dad because he's out in California by himself," she said. "And you know, we don't talk all the time." So she was happy to pay him a visit following her L.A. business ventures for Uncommon James, even if it was a little uncomfortable.

They sat on a deck with an ocean view and briefly reflected on the past — when her brother Mike was still alive. She had just met up with high school friend Brittany Field for drinks and similar conversation, so the memories were fresh — especially those from when MTV showed up at her high school to film Laguna Beach.

She said she was actually out of school the day the cameras arrived, and when she caught wind of what was going on, she made sure to be at school the next day. She was so excited, but she had no idea she was going to be painted as a 17-year-old villain until she watched the show's pilot. "All of a sudden to have people saying what a b*tch I was, that was really hard actually," she said. But then she laughed it off. "I was a great villain," she said. "That's really where I shine."

Her dad said he had no clue how that characterization affected her, but he used it as an opportunity to mention Mike. "Your brother probably knew you could be a good villain," he said. That's when the tone changed. "Mike," Kristin sighed. "How are you doing?"

Her dad shrugged and said he was doing fine, but he was obviously putting up a front. "I don't know if he has anybody to talk to about Mike," Kristin said. "And I think that he should be talking about it." He quickly changed the subject to something more technical, mentioning that the family still needed to spread his ashes. "I just need to know if you're in on that ... Do you think your mom's gonna wanna come out for that?" he asked Kristin. They agreed to arrange something, and that was the end of the conversation (for the episode, at least).

Behind the scenes, Kristin said she wishes she could talk to her dad about her brother, but it's hard. "He's sort of afraid to be really vulnerable in front of me," she said. "I think he's actually having the hardest time out of anybody."

She went home to Nashville and talked to Jay about how difficult it was to see her dad again. And even then, she tried to hold in her emotions in front of the cameras. "I feel like the first few years, it's almost like you're still in shock and you don't really accept it," she said. "Where the three year mark it's like, hang on a second, I haven't actually seen him or talked to him in a long time. And it's starting to settle in."

Jay did his best to comfort her. He could tell she was holding back tears. "Let me know what you need from me," he said. "I'm here." She walked out of frame and he followed. The camera panned over to find him embracing a crying Kristin. Thankfully, she has supportive people like her husband in her life to help her get through tough times. Because grieving a loss is never easy, no matter how much time passes.