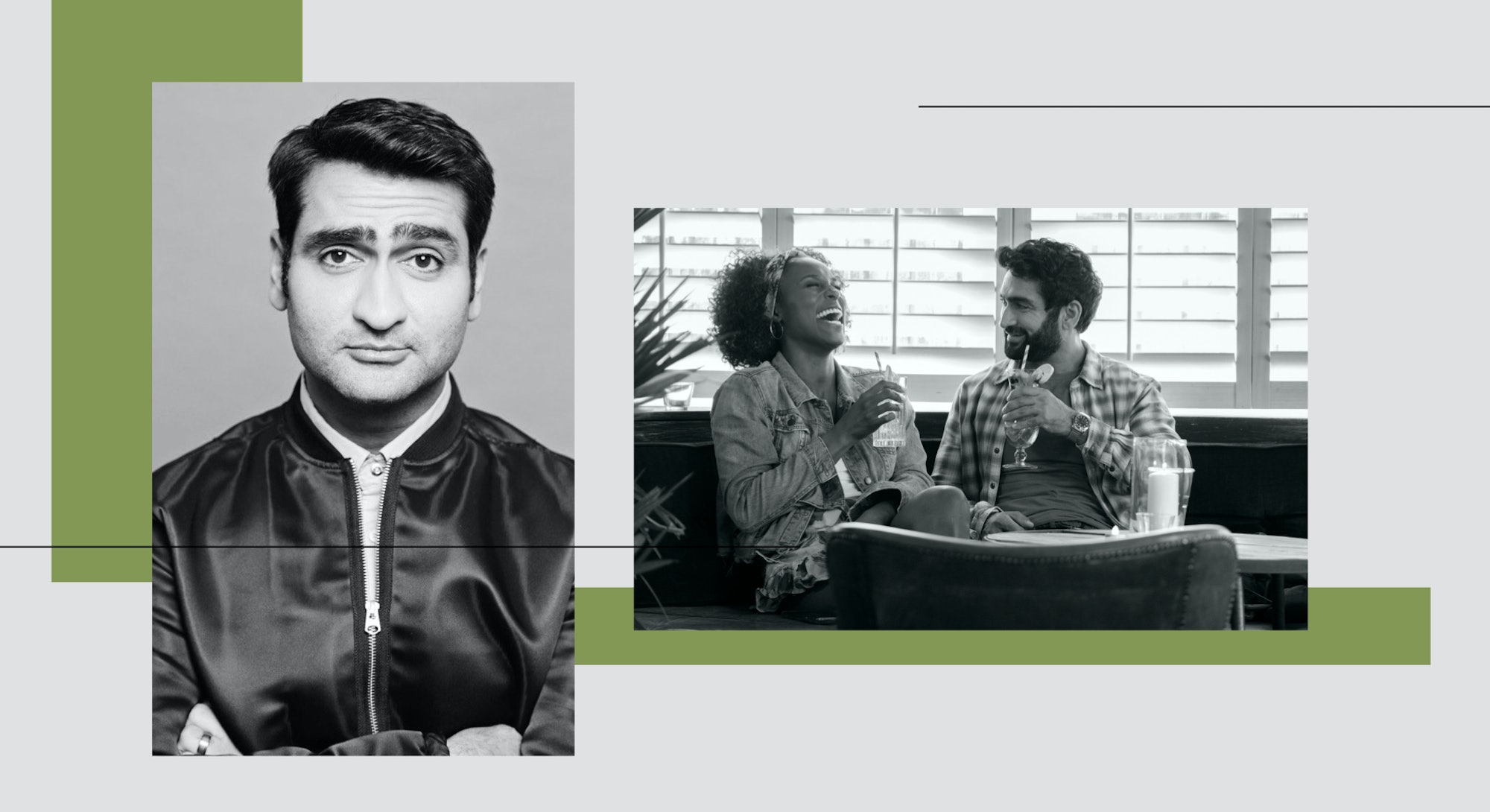 Kumail Nanjiani has been looking forward to his evening break all day. “I have an hour off and I’m going to work out,” he tells me. “I’m really, really excited about it.” The Lovebirds star isn’t kidding. Since taking on the role of Kingo in The Eternals — and consequently shocking the internet with his Marvel superhero abs and biceps — working out has become Nanjiani’s meditation, helping him process the stress of living in lockdown. “It’s the only time of the day where I’m not thinking about the global pandemic,” he says. Still, one day he found himself crying between sets, something he now understands was the result of not having enough energy to work out and focus on his emotional state. “I’d just sit there trying to stop crying and it'd be like, 'Alright, it's time to do another set,’” he recalls. “I didn’t realize how much energy goes into just not falling apart.”

Nanjiani is always looking for the deeper intention behind his actions. Working out is an emotional release; the cancellation of what he thought would be an “exhausting” press tour isn’t a silver lining, it’s left him feeling melancholy. He brings that same level of introspection and thoughtfulness when speaking about his new Netflix romantic comedy, The Lovebirds (out now). The film, which co-stars Issa Rae, follows Jibran and Leilani, a couple who are about to break up when they accidentally become involved in a murder and end up on the run, desperate to solve the crime before they’re arrested. It’s lighthearted popcorn fare, but Nanjiani is quick to point out the rarity of a film that features an interracial couple where neither party is white. That the film’s central conflict isn’t about a “culture clash” further separates it from more mainstream portrayals of interracial romance (Guess Who’s Coming to Dinner, Bend It Like Beckham).

“It was kind of a mindf*ck, honestly, in that I worked so hard to not be worried about my physical appearance, [and then for people] to have such a strong reaction to it.”

“When Issa and I both decided to do the movie, we had a conversation where we were like, ‘We really want these characters to feel like us. A big part of who we are is that we are not white,” Nanjiani says of his and Rae’s commitment to highlighting their racial identities in the film — originally written with non-race specific leads — particularly in scenes where their characters deal with the police. “It's the unfortunate truth is that a white person dealing with police [will be] very different from non-white people dealing with the police,” he adds.

Nanjiani is very aware of how his career choices can affect audiences, both positively and negatively. In December of 2019, the actor shared two shirtless photos on Instagram, showing off a newly muscular physique and sending the internet into a thirsty panic. “I still have a complicated relationship with the reaction,” he says. “It was kind of a mindf*ck, honestly, in that I worked so hard to not be worried about my physical appearance, [and then for people] to have such a strong reaction to it.”

The reception to the photos left the actor worried about contributing to what he calls Hollywood’s “very unrealistic beauty standards,” standards that have affected his own self-esteem over the years. “In my teen years, I thought I was very, very ugly,” he says. “Having to be obsessed with how I look for this movie has raised all the issues again.” Though he advocated for the transformation — he wanted Kingo “to look like a guy who could hang with Thor and Captain America” — he admits it might not have been the best decision for his mental health, nor is he convinced that the lifestyle required to maintain such a physique is actually healthy. “I don't pretend to have it all figured out.”

“In my teen years, I thought I was very, very ugly,” he says. “Having to be obsessed with how I look for this movie has raised all the issues again.”

These days, Nanjiani’s concerns are less about his Hollywood career and more about his home life. He’s quarantining with his wife — The Big Sick co-screenwriter Emily V. Gordon, who suffers from a rare disease that has left her immunocompromised — which is giving the actor a heightened sense of anxiety amid the pandemic. It’s something the couple discusses on their new podcast, Staying In with Emily & Kumail, where they get candid about their life in quarantine.

“I just find myself trying to control her too much,” Nanjiani says. “I feel like as long as I'm with her I can prevent her from getting this virus. [I] go to a place that's not healthy for me and it makes her feel like I don't trust her with herself.” Quarantine has also created an environment where Nanjiani’s mood changes constantly, forcing the actor to check in on himself more than ever. “I have to sit down and be like, ‘OK, what's going on?’”

The constant self-examination is exhausting, but it helps keep him grounded. “I'm grateful to have a little window where people want me in stuff, but I'm also very aware that can go away very quickly,” he says. “You can't really think of that pressure. At least I don't." Today, he'll take his energy to the gym and sweat it all away.