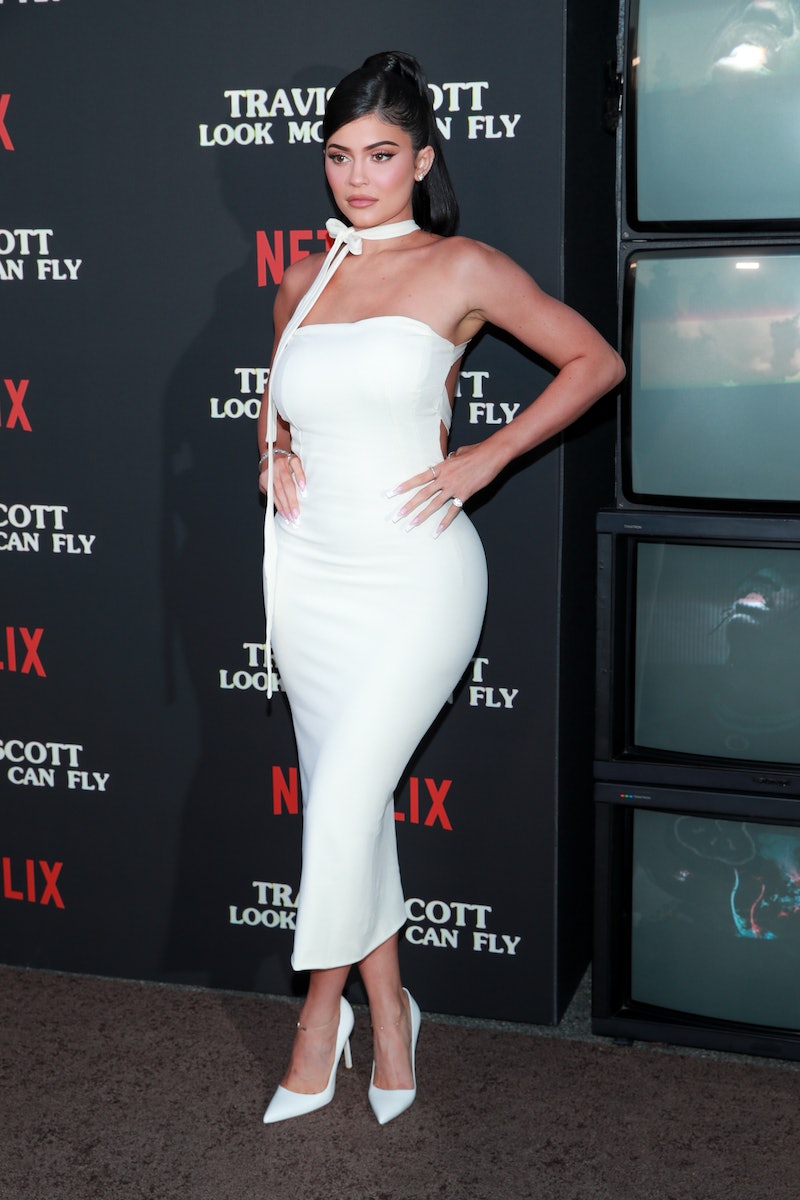 This mother-daughter duo knows how to relax. On Saturday, Sept. 21, Kylie Jenner posted photos cuddling with Stormi on her Instagram Story, and the videos offer a low-key look at their home life. Jenner first shared a video laying outside with Stormi, while her baby clutched a bottle. She captioned the video with a sticker, which read, "Bestie." Stormi didn't seem too interested in her bottle, but was very amused by being on camera and can be heard giggling in the video.

Then, Jenner offered fans a glimpse at the normal parts of her life as a parent, posting a video in which Stormi accidentally whacked her in the face. The 22-year-old said, "My sick baby", as her daughter appears to have a cold. When Stormi squirms and accidentally hit Jenner's nose, she exclaimed, "Ow!"

Both videos showed a behind-the-scenes look of the reality star's time at home with her daughter, which seems to have more casual days than those spent throwing major parties, jet-setting off for vacations, or accompanying Stormi's father, Travis Scott, on international tours. Even though Stormi seems to lead a more glamorous life than most 1-year-olds, it appears that the family still makes time for quieter days.

The makeup mogul's seemingly casual Saturday with Stormi was not the only quality time the two have spent together as of late. On Sept. 12, Jenner and Stormi appeared on the Ellen DeGeneres Show, and sat down together for an "Ellen's Burning Questions" skit. "The biggest mess Stormi has made...recently she's been really into M&Ms, so she melts them in her hands and then she puts them all over my white couch," Jenner said in the video.

Motherhood seems to include normal, quiet moments for Jenner, but the family of three evidently has a lifestyle that involves more adventure than the average brood. On Aug. 28, Jenner brought Stormi to Travis Scott's Look Mom I Can Fly documentary premiere, which was her daughter's first red carpet appearance. The KUWTK star posted several family photos from the event on Instagram, captioning the photoset, "The brown carpet. So proud of you @TravisScott!!!! Look Mom i Can Fly documentary out now on @netflix."

Over the summer, Jenner also shared vacation photos with her daughter on Instagram. In August, Jenner celebrated her 22nd birthday in Italy, and took Stormi along for the trip. The reality star shared a family photo exploring Italy on Instagram, writing, "Perfect day in Positano." While abroad, Jenner also posed with Stormi in matching dresses for a photo, which she captioned, "sweetest love I’ve ever known" with a blue heart emoji.

Back in July, Jenner also brought Stormi on her Kylie Skin launch trip, which brought the mother-daughter duo to Turks & Caicos. She shared a picture with Stormi boarding a private jet on Instagram, in which the two wear matching Kylie Skin sweatshirts. She wrote, "Let the adventures begin!! #KylieSkinSummerTrip." Jenner posted a photo of Stormi playing in the hotel pool, captioning it, "hakuna matata" with a flower emoji.

Stormi seems to have had more glamour in her life than most babies, but it appears this family balances out luxury with low-key days. Jenner's candid Instagram Story on Sunday gave fans a peek at home life with her daughter, which seems more laidback than the international vacations and big events fans often see on the reality star's social media.