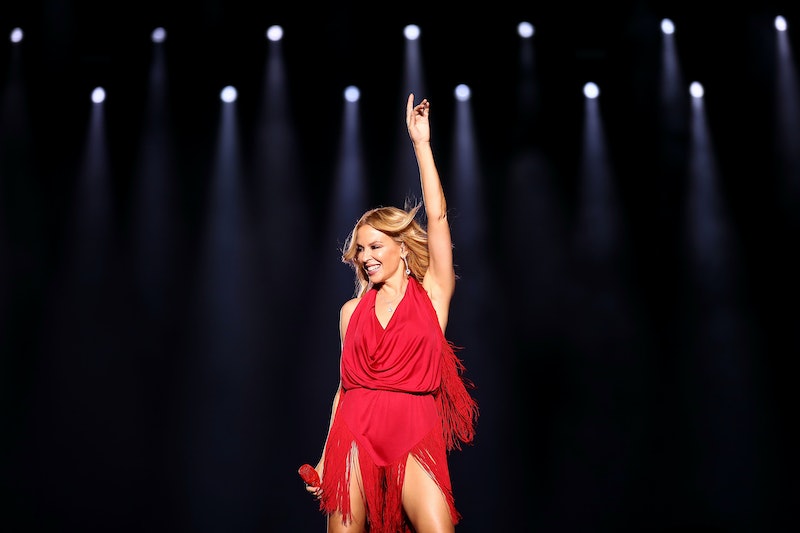 Very few people in this life can say they started as a soap star, became a global pop icon, and are in the ranks of people instantly recognisable without even a whisper of their surname. The one and only Kylie is, of course, in these ranks and boy oh boy is she special. And you know what special people deserve? Their own branded booze. Yes, that is right: Kylie Minogue has launched her own rosé – and it is surprisingly affordable.

The Aussie singer has teamed up with Benchmark Drinks in a collaboration which has been two years in the making. The launch is a timely one, as it's coinciding with Minogue's birthday. To add an extra blush of excitement to your cheeks, the great news is that the wine launches today (May 28) in 450 Tesco stores nationwide, at just £9.

Seemingly, the enjoyment of sipping on some pink wine might well be something you have in common with Miss Minogue. "I have a great passion for rosé," she says in a statement about the product's launch. Adding that she has, "loved working for the last two years on developing Kylie Minogue Wines." Speaking of her work with Benchmark Drinks she says, "we have created a Rosé that I am truly enamoured by, it's fresh, light and the perfect pink."

Not content with sorting out our wine choices for the next while, Minogue has also been having a fairly productive time of late. Some fans might be concerned that this new business indicates "The Loco-Motion" singer is stepping back from her music career, but she's confirmed that is not the case. According to PA News Agency, Minogue has been making new music. "I've been really busy, setting up a home studio (AKA, my lounge room!) and learning so much about remote recording," she says. "It's been a steep learning curve for all the team as there are technical obstacles to navigate but I'm so thankful to be able to continue work on my album in this way."

Although she doesn't give any hints about the content of her new work, it's sure to be full of feels. "I've been riding the emotional wave along with the rest of the world, but creativity has been a big help."