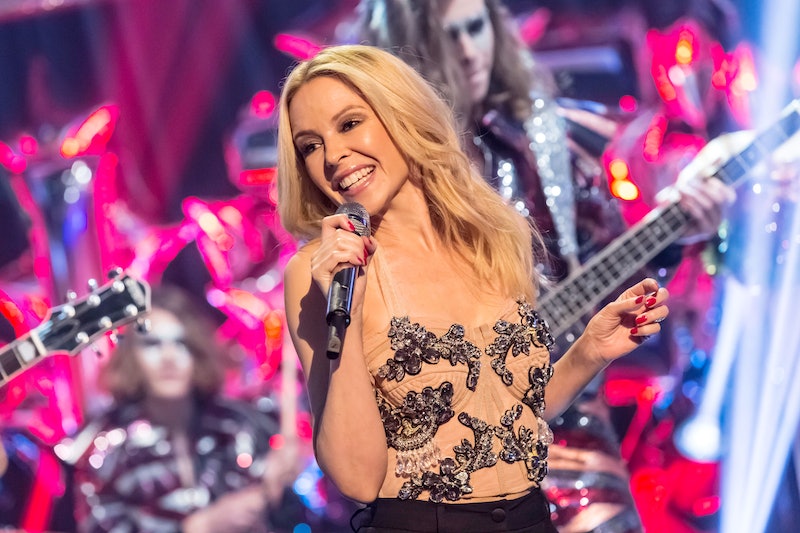 14 years after pulling out of the Glastonbury Festival due to illness, Australian pop princess Kylie Minogue is back to slay one of the biggest stages in the world. The "Can't Get You Out of My Head" singer will perform a set in the Sunday teatime 'legend' slot on the festival's Pyramid stage – which in the past has welcomed the likes of Dolly Parton and Lionel Richie. But what else is there to know about Britain's favourite Aussie? And who is Kylie Minogue dating?

According to The Sun, Minogue is currently dating the creative director of GQ magazine, Paul Solomons. The pair were first introduced back in February 2018 through mutual friends, and Solomon ended up partying the night away with Minogue on her 50th birthday. During an interview with the Mirror, Kylie opened up about her private life, and revealed that she felt "thankful and lucky" to be in a relationship with such a caring man at this stage in her life. She said, "who says you can't be soppy and romantic later in life? Particularly when you find a good and true love. I feel even more thankful and lucky that I have this in my life now... I'm really being taken care of."

The "Come Into My World" singer also revealed that she was surprised to find love again during an interview on The Jonathan Ross Show back in November 2018. According to the Daily Mail, when quizzed about her current relationship, Minogue confessed, "It’s going great, it’s fabulous. Just when you think that 'will it ever happen?'… it came and surprised me."

As mentioned previously, Kylie is set to make her grand return to the Glastonbury Festival this weekend. As reported by the Guardian, one of the festival's organisers, Emily Eavis, has previously said that she was "delighted" to have booked the pop princess on this year's lineup, and added that she "cannot wait" for the Australian's upcoming set. Kylie's highly-anticipated performance on the Pyramid stage will be her very first solo performance at the festival — having previously cancelled in 2005 due to a breast cancer diagnosis. Following her unexpected cancellation 14 years ago, Basement Jaxx stepped in to replace her, whilst fellow headliners of that year, Coldplay, performed a cover of her smash hit "Can’t Get You Out of My Head."

As previously reported by Bustle, you can catch Minogue, in what promises to be a show-stopping Glasto set, on both BBC One and BBC Two at around 6 p.m. on Sunday, June 30. According to NME, it seems that fans can expect somewhat of an emotional display during the singer's festival set, because during an interview with the Sunday Times, Minogue revealed that she is "bound to cry." During the interview, she added, "When I was meant to be there, I watched from Australia. I was dealing with much bigger things back then, but when I'm there it will take me back to when I wasn’t there. But I’ll work through that."

Kylie Minogue's entire Glastonbury set will be broadcast live on BBC One and BBC Two at 6 p.m. on Sunday, June 30, and I cannot wait to see what she delivers.