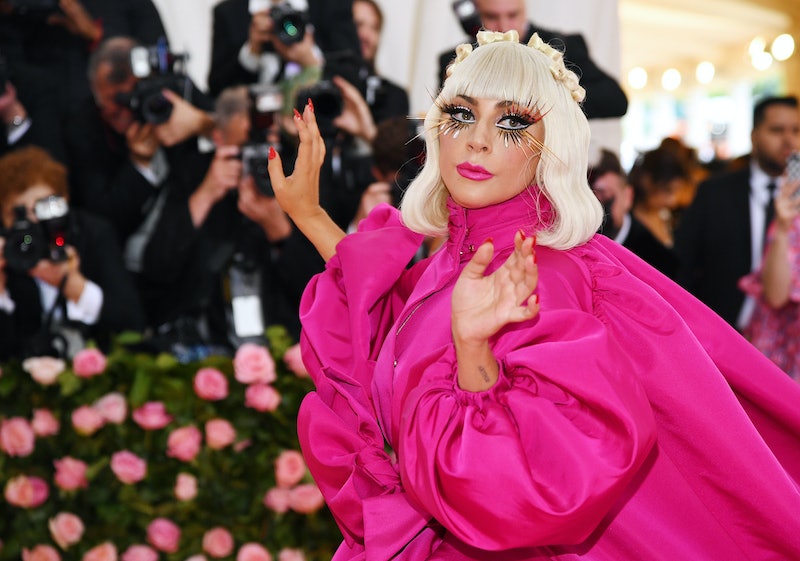 Take it from Lady Gaga herself: it's gonna be okay, so she (and her fans) can continue to just dance. The day after she fell off the stage during a performance in Las Vegas, Lady Gaga gave fans an update on her heath by sharing a photo of one of the X-Rays she underwent on social media. "When they have to X-Ray almost your entire body…" Gaga wrote on Instagram and Twitter, alongside an X-Ray of her hand in which she made an "okay" symbol with her fingers. The singer then referenced her breakthrough hit, "Just Dance," to let fans know that she didn't break any bones and is already on the mend. "Just Dance. Gonna be ok," Gaga wrote.

The Oscar winner experienced a scary fall on Thursday, Oct. 17, while performing a show in her Enigma residency in Las Vegas; after inviting a male fan onstage, Gaga leapt into his arms to hug him. Unfortunately, the fan lost his footing, and both he and Gaga fell off the stage, with the singer landing on her back in the audience. Immediately after the incident, Gaga returned to the stage to assure fans that she was unharmed, and to make sure that the fan was also OK.

“Everything’s okay. Everything’s okay,” Gaga said, per People, before inviting the fan back up onstage with her. "It’s not your fault, let’s go, come on. Are you okay?" she said to him, adding, "Can you promise me something? Will you just forgive yourself right now for that happening? It takes two to tango!" According to fan videos from the show, Gaga also asked her Little Monsters not to criticize him for the accident, saying, "If anybody on the internet is mean to you tomorrow about this then I’m going to be very upset with each and every one of them."

Gaga also showed off her "post-show routine" on Instagram on Oct. 17, which involved plenty of rest and a lot of ice. "Post show routine: ice bath for 5-10 min, hot bath for 20, then compression suit packed with ice packs for 20," Gaga captioned a series of photos showing the various stages of her recovery process, along with the hashtag "#rocknroll." However, it's unclear whether that routine was specific to helping her heal after the fall or just what she does after every show, as she also shared her "pre-show routine" of "Galactic laps" earlier that day.

While Gaga was able to finish out the show that night — and her post-show routine seemed to help with recovery — she did reveal on her Instagram Story on Oct. 18 that she was still hurting from the big fall, but she didn't let it make her miss her best friend, Sarah Tanno's, bachelorette dinner.

Gaga is no stranger to pushing through pain, as she revealed on Twitter in September 2017 that she suffers from chronic pain due to fibromyalgia, which she also showcased in the Netflix documentary Gaga: Five Foot Two. "I get so irritated with people who don’t believe fibromyalgia is real," Gaga told Vogue in 2018. "People need to be more compassionate. Chronic pain is no joke. And it’s every day waking up not knowing how you’re going to feel."

While she may still be in pain from the fall and her fibromyalgia, it's clear that Gaga is committed to making sure that the show will go on — and to assuring her fans that she's going to be OK.

More like this
The 12 Most Controversial & Unexpected Grammy Moments Ever
By Jake Viswanath
Harry Styles Just Split His Pants In Jennifer Aniston’s Face
By Sam Ramsden
Harry Styles Had A Major Stage Malfunction At The Grammys
By Darshita Goyal
Beyoncé Just Announced Tour Dates: Here's How To Cuff Tickets To Her 2023 Shows
By Jake Viswanath
Get Even More From Bustle — Sign Up For The Newsletter
From hair trends to relationship advice, our daily newsletter has everything you need to sound like a person who’s on TikTok, even if you aren’t.