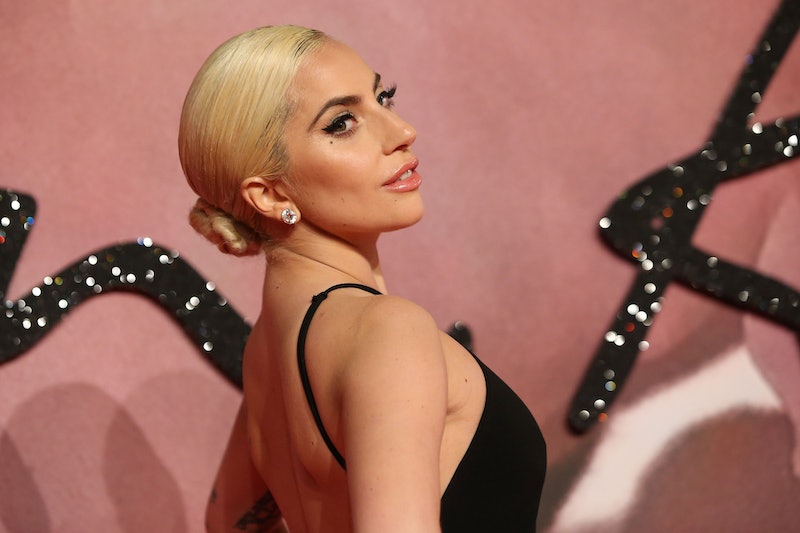 Maybe you think you're ready for the Super Bowl halftime performance this year, but you are not ready for the Super Bowl halftime performance this year. And how do I know that? Because in the behind-the-scenes video of Lady Gaga preparing for the Super Bowl, she is pulling exactly zero punches when it comes to completely blowing our collective minds. The rumors about Lady Gaga's Super Bowl performance began in September 2016, so you'd be forgiven for thinking that that was the first time the idea started percolating in the platinum artist's gilded and bedazzled little mind palace. You'd definitely be forgiven for thinking that she's only been planning it for a few months. But you'd also be dead wrong. I'm sorry you had to find out this way.

Not only does this video give fans a glimpse of Lady Gaga in rehearsal for the Feb. 5 performance, which is thrilling enough, but it also shows her talking about how long she's been thinking about and planning this extravaganza: for approximately 26 years. As the now 30-year-old attests, "I've been planning this since I was four, so I know exactly what I'm going to do."

When other young girls might have been wearing the sweatshirt for the college they want to one day attend, or imagining their wedding day, Gaga was dreaming of her career, of the moment she took the stage to perform at one of the most-watched events of the year: The Super Bowl.

Two and a half decades is a lot of time to plan for one performance, and it sounds like Gaga hasn't missed much, from the macro to the micro.

The thing is, it's such a big world stage in terms of how many people see it and it's been done so many times. I think the challenge is to look at it and say, 'What can I do differently? How can I elevate certain little things here and there, and also make it about the music?' This is where I'm supposed to be.

Honestly, I couldn't agree more. Lady Gaga has always been about spectacle, from her costumes to her attitude to her performances, and she'll really be taking that attitude to another level at the show next month. We basically get the opportunity to peer into Gaga's brain at the fantasies she's been cooking up there for almost her entire life. The Super Bowl halftime show is the moment when you pull out all the stops, go over the top, and make no compromises, so I can't wait to see what she does with all that power and potential.