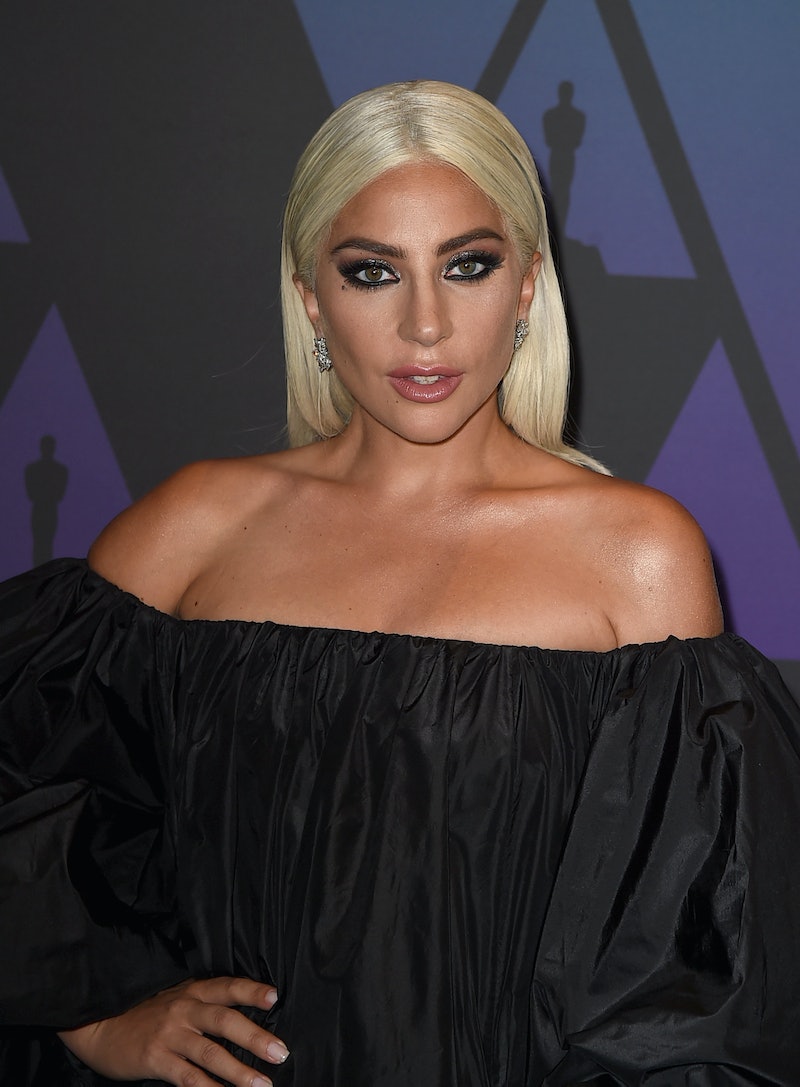 As if crushing her movie debut, helping create a stunning soundtrack for A Star Is Born, and slaying countless cover shoots in 2018 haven't kept her busy enough, Lady Gaga's Vegas show Enigma is here, and it's already blowing people away. Unfortunately, though, unlike A Star Is Born and the glossy pages of Vogue and Elle, the long-anticipated live residency will entertain only a lucky few die-hard Gaga fans who make the trek to Vegas. That's why the show has its own Instagram account, and although it may aid in patching the Enigma-sized hole in your heart, it will also give you major FOMO. You win some, you lose some, right?

The account is still relatively young, so its archive of posts is small, but their impact is so, so huge. Photos of her hanging from rafters and enveloped by a massive transformer lookalike tease what is surely just a taste of the live insanity that will ensue only 23 times over the next year. Five second clips of Gaga rehearsing and some of the hazy, colorful special effects to be included onstage are enough to make you browse flights to Vegas immediately. A video of Gaga's initial reaction to her set solidifies the hype — she only has two words: "Holy sh*t."

"We're always trying to do the unexpected," Gaga's manager, Bobby Campbell, told Billboard in. "The past eight years of her life has been touring the world in stadiums and arenas. Scaling down to a theater and living with the production limitations of a smaller space isn't easy. I think fans will be really excited by what we've come up with, but it certainly hasn't come without its challenges."

The show opened at Park Theater in Las Vegas on December 28, per the show's official website, and there's no doubt that the unexpected was accomplished. Gaga would join the ranks of legends with or without a residency. But Enigma takes her even higher. Iconic artists like Elvis Presley, Céline Dion, Cher, and Elton John have had their time on the strip. Now, it's Gaga's turn. And like she has with all of her work, she's making it her own.

What seems like a trailer for the show was released on Instagram, and in true Gaga fashion, it's intriguingly ambiguous and experimental. An animated Gaga awakens in a metallic jumpsuit, floating through space. She seems confused, before she's struck by a powerful electric shock that rockets her through a warped unknown. "Enigma!" she shouts. "What's happening to me?" At the end of the clip, an alien figure is revealed from a sparkly haze to say, "Hello Gaga."

Unfortunately, only live audience members may have the privilege of fully understanding videos like these, or maybe, understanding them isn't the point. If there's one thing Gaga fans have learned through watching her art evolve, it's that her work — everything from her looks to her lyrics — always has a deeper meaning. It doesn't always make sense on the surface, and it doesn't have to. She is an enigma, after all.

More like this
Britney Spears Shares Unknown Details Of Conservatorship In New Voice Notes
By El Hunt
Everything To Know About Taylor Swift’s 10th Studio Album, 'Midnights'
By Grace Wehniainen and Jake Viswanath
Twitter Is Freaking Out Over Rihanna’s 2023 Super Bowl Halftime Show Announcement
By Stephanie Topacio Long
What Demi Lovato Really Thinks About Child Stardom, Depression, & Sobriety
By Radhika Menon
Get Even More From Bustle — Sign Up For The Newsletter