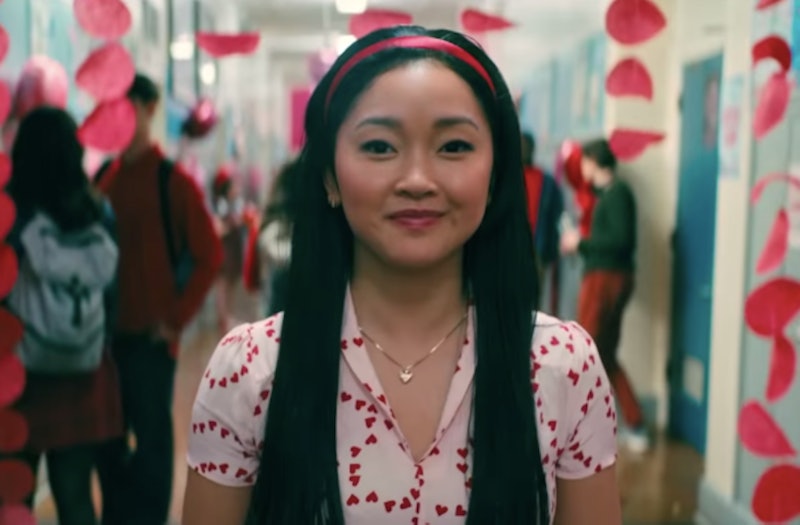 Lara Jean Covey’s teenage woes will continue well into the third and final film. Lana Condor teased Lara Jean’s To All the Boys 3 storyline on the heels of the release of the film’s sequel, To All the Boys: P.S. I Still Love You, on Netflix on Feb. 12. In a conversation with the Hollywood Reporter on Friday, the actor previewed the “super difficult” and “real life choices” that Lara Jean will have to make in the sequel's final installment.

"It's her senior year, so she's trying to figure out actually what she's going to do for her future, like making choices for what’s right for you versus what you want in the moment because you want to stay with someone,” Condor said. “That's super difficult, right? What I can say is she faces some real, real life choices.”

Condor further teased of the final film, titled To All the Boys: Always and Forever, Lara Jean: “What I love about the third movie is she fully comes into her own. It's a full beginning, middle, end — and for me, that was great as an actor because I had all the time in the world to play and to grow and to feel good with the way that we ended things."

While the first film followed Lara Jean and Peter’s faux contractual relationship, P.S. I Still Love You explored the duo’s real dynamics as boyfriend and girlfriend — that is, until the fifth and final recipient of Lara Jean’s love letters, John Ambrose, returns. Condor said about her character evolution, "She's becoming more confident, but she's trying to figure out how to communicate. You know, in the middle of the movie, I just wanted to scream at her and be like, 'Just tell them,' but that's the lesson we’re trying to teach.”

To All the Boys 3, which wrapped production last August, does not have a release date yet. “I’ve been really struggling how to put into words my feelings towards this ending... words will never be able to describe my love for Lara Jean,” Condor wrote, in part, in an Instagram post at the time. “Words will never be able to describe my gratitude to YOU, for loving her as much as I do.” Centineo similarly bid farewell to his character and wrote on Twitter, “Tonight was my last night as Peter Kavinsky. I hope you all love these last installments as much as we do. Forever grateful for the opportunity to be yours.”

To All the Boys: P.S. I Still Love You is on Netflix now.

More like this
Here’s Everything Coming To & Leaving Netflix In February
By Jake Viswanath
Twitter Is Mad At The Razzie Awards For Nominating A Child For Worst Actress
By Radhika Menon
Your Guide To Watching 'Everything Everywhere All At Once' In The UK
By El Hunt and Sophie McEvoy
Jennifer Coolidge Hunted For Jewels & Lashes In J.Lo’s Hotel Room
By Jake Viswanath
Get Even More From Bustle — Sign Up For The Newsletter
From hair trends to relationship advice, our daily newsletter has everything you need to sound like a person who’s on TikTok, even if you aren’t.