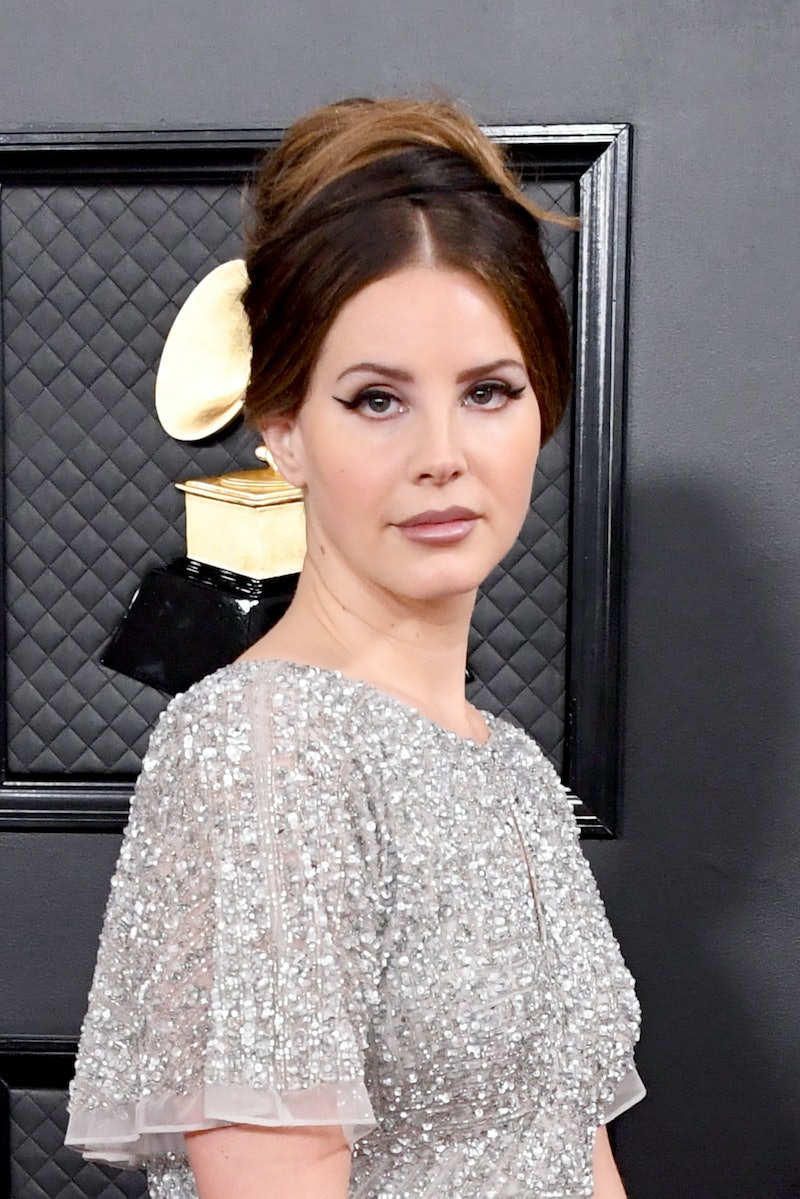 After her comments about some of her fellow female musicians sparked a major controversy, Lana Del Rey defended her Instagram post about the music industry, and the way that she has been treated by critics over the years. On May 21, the singer shared a lengthy social media post defending her music against claims that she "glamorizes abuse" with her song lyrics. In the process, she also compared her career to that of several other female musicians, including Doja Cat, Beyoncé, Cardi B, Kehlani and Nicki Minaj.

"Now that [they] have had number ones with songs about being sexy, wearing no clothes, f*cking, cheating, etc," Del Rey wrote on Instagram, "can I please go back to singing about being embodied, feeling beautiful by being in love even if the relationship is not perfect, or dancing for money — or whatever I want — without being crucified or [people] saying that I'm glamorizing abuse?" The singer also added that she wants to find a "place in feminism for women who look and act like me." The entire message sparked many social media users to critique her for calling out women of color in her post, and, more specifically, for implying that they don't get criticized for, as she put it, singing about "wearing no clothes, f*cking, cheating."

In response, Del Rey clarified some of her statements in a series of comments on her original post. "To be clear because I knowwwwww you love to twist things," the singer wrote in a follow-up comment. "I f*cking love these singers and know them. that is why I mention them. I would also like to have some of the same freedom of expression without judgement of hysteria."

The singer also addressed the critiques that she was primarily calling out black female musicians with her post — though many of her fans also noted that Del Rey named Ariana Grande and Camila Cabello as well — by explaining that the artists mentioned were her favorite singers. She continued, "It doesn't change the fact that i haven't had the same opportunity to express what I wanted to express without being completely decimated."

Del Rey continued to defend herself, sharing two more comments on her Instagram Story. In one, she reiterated that she had simply named her favorite singers, and refuted any accusations of racism. “Bro. This is sad to make it about a WOC issue when I’m talking about my favorite singers," she wrote. "And this is the problem with society today, not everything is about whatever you want it to be."

She continued, "It’s exactly the point of my post — there are certain women that culture doesn’t want to have a voice it may not have to do with race I don’t know what it has to do with. I don’t care anymore but don’t ever ever ever ever bro- call me racist because that is bullsh*t."

In what she called her "last and final note on everything," Del Rey also clarified her comments on feminism needing to make space for "women who look like me," which presented her as "different" than the women of color she named. "I meant the people who don’t look strong or necessarily smart, or like they’re in control etc.," Del Rey explained. "It’s about advocating for a more delicate personality, not for white woman — thanks for the Karen comments tho. V helpful."

She seems determined not to discuss the backlash any further, but with a new album coming up in September, who knows what the future might bring.

More like this
Twitter Is In Awe Of Taylor Swift’s “Lavender Haze” Music Video
By Jake Viswanath
Noel Gallagher Joined The Nepo Baby Convo
By Darshita Goyal
Twitter Is Divided Over Madonna’s Controversial 'Vanity Fair' Cover
By Alyssa Lapid
Shakira’s Record-Breaking New Song Takes Direct Aim At Her Ex Gerard Piqué
By El Hunt
Get Even More From Bustle — Sign Up For The Newsletter
From hair trends to relationship advice, our daily newsletter has everything you need to sound like a person who’s on TikTok, even if you aren’t.