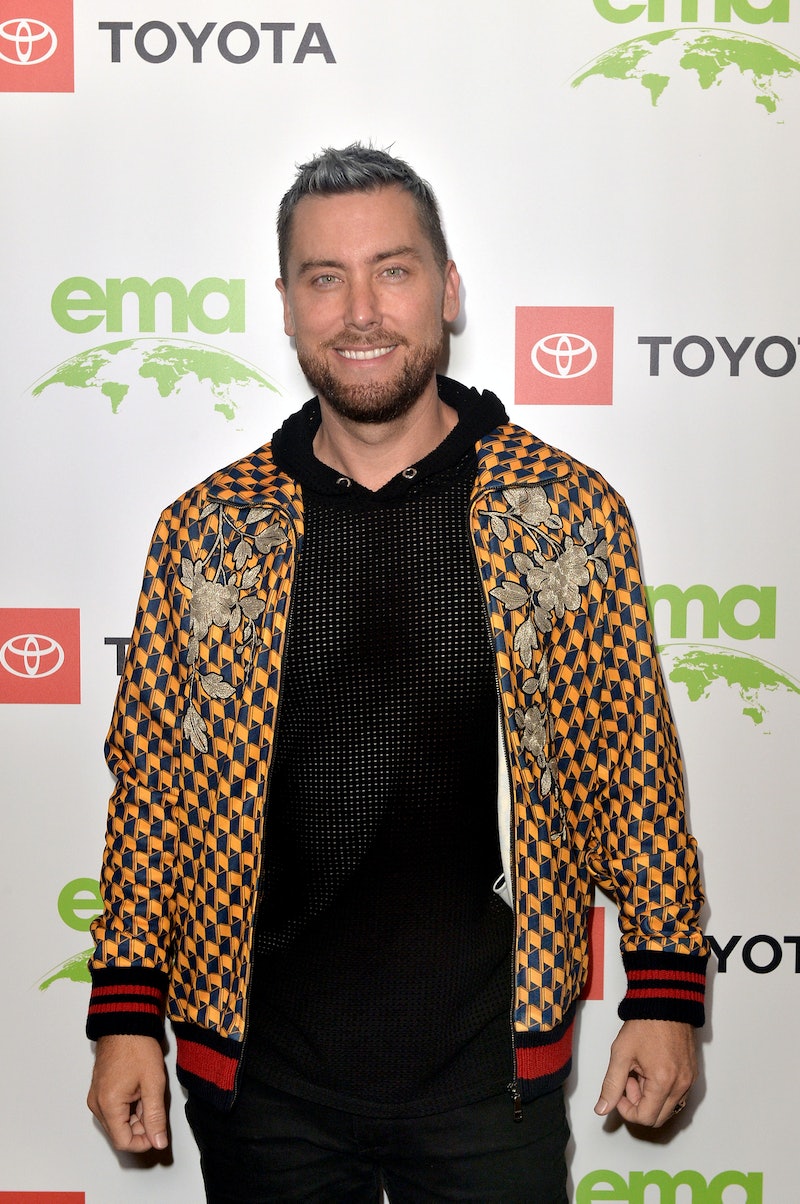 Vanderpump Rules fans long speculated that the show's unofficial matriarch and SUR restaurant owner, Lisa Vanderpump would officiate the "I dos" between two of her employees. But that didn't happen. Instead, former *NSYNC member Lance Bass officiated Jax and Brittany's wedding, and according to some of the night's guests, he did a great job.

Even if some fans may have preferred a Vanderpump-run service, Bass' involvement in the ceremony shouldn't come as too much of a surprise. He and Jax partner on multiple business ventures including their Just Add X cocktail mixers.

The ceremony took place at the Kentucky Castle in Versailles, Kentucky where Brittany grew up. It was held outside, and Bass officiated before a wall of white roses. Looking studious and spiffy, he wore a formal suit and his glasses (hopefully saving any speech stumbles) to lead the wedding.

Bravo's Southern Charm star Shep Rose took the opportunity to snap a selfie with Bass post-ceremony and complimented his presentation. "@lancebass officiated a magnificent spectacle," he wrote. Unfortunately, a full video of his delivery isn't available just yet, but fear not, the Vanderpump Rules film crew caught the whole day on camera, and the ceremony is likely to find its spot among Season 8 episodes.

“He’s become one of our really, really great friends, and he has really stepped up for us in this moment when we needed somebody. He stepped up and is such a nice, kind person,” Brittany told People regarding Bass' job as the officiant. Lisa was unable to commit to it at the last minute due to the sudden death of her mother, and Brittany told People that she was "so happy that Lance is doing it for us."

Because of her recent loss, the couple didn't expect Lisa to make it to the ceremony at all, so they were in for a real surprise. Groomsman Randall Emmett flew Lisa and her husband Ken Todd to the wedding to surprise Brittany and Jax, and they were incredibly shocked. "They were ecstatic and so touched," a rep told People. "It was emotional."

When Bass arrived in time for the wedding rehearsal, he kept everyone entertained with his humor. He posed next to Lisa, both of them wearing wide-brimmed derby hats. His was blue. "I think this is the one!" he wrote on his Instagram story. He really should've kept it on for the ceremony. He also arrived on location bearing gifts: Kentucky muffins. Whatever those are.

To wrap up the night, Bass headed up a group dance to none other than his boy band's hit single from 2000, "Bye Bye Bye." Of course, the crowd couldn't get enough. Bridesmaid Kristen Doute shared a video of everyone dancing and having the time of their lives. "THAT is how you wrap up the best night ever," she wrote. "love youuu!" Bass still had all of the right moves.

Jax and Brittany's wedding would've been amazing with or without Bass' badass officiating and dance skills, but they sure did leave their magical mark. There's no doubt that the couple and their guests will remember the night forever thanks in part to Bass taking his officiant duties so seriously.