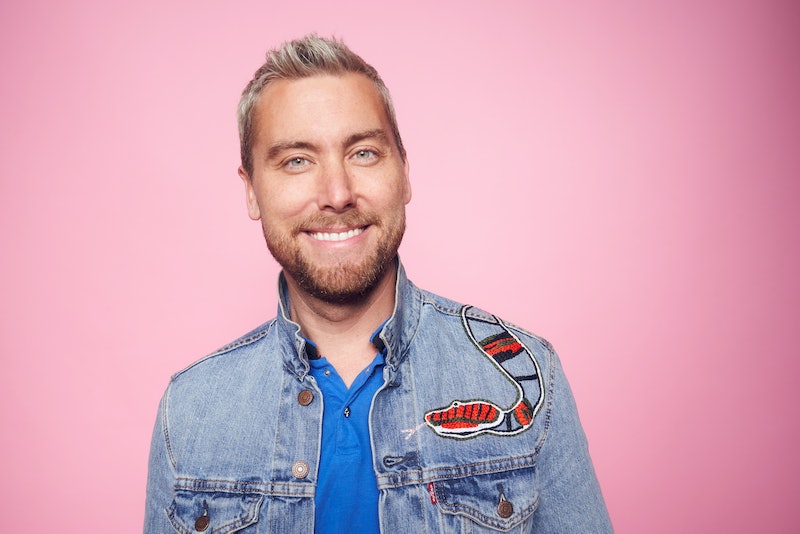 Now that the holiday season is right around the corner, it's time to start fully immersing yourself in the wonder of Christmas. That includes taking your decoration game to the next-level. And, this year, you've got some help from a very special '90s boy-bander. Lance Bass' HGTV special, Outrageous Holiday Houses, will provide plenty of inspiration for how to dress your house to the nines this year and fully embrace the holiday spirit.

Hosted by Bass, the special is set to air on Thanksgiving Day — Thursday, Nov. 28 — and take viewers on a magical journey through homes that have been transformed into their own unique winter wonderlands. "HGTV is stepping into Christmas with some of the most outrageous displays you've ever seen," Bass stated about his upcoming project in the official press release acquired by Bustle. "We're going to meet the most dedicated and obsessed Christmas fans around. As a huge Christmas fan, I am excited to host this show!"

During the segment, the former *NSYNC singer will spearhead a coast-to-coast tour of some of the most spectacular holiday displays in North America. He'll also make a point to spotlight festive towns that have been given very holiday appropriate names, such as Santa Claus, Indiana, and North Pole, Alaska. (And yes, those are actually real places.)

Property Brothers star Drew Scott and his wife Linda Phan will also help kick things off in the special by transforming their otherwise historic home into "a whimsical gingerbread house bakery," according to the press release. This will include a vast array of edible delights, an ascending toy conveyor belt, and handmade candy decorations that'll adorn the exterior of the house.

However, the adventure doesn't end there. "HGTV set out to find the most incredible, over-the-top holiday displays in Outrageous Holiday Houses and, with Lance's help, we did," Jane Latman, president of HGTV, said in a statement. This means that Bass will stop by a custom-built train in Arizona and an elf’s playground in Toronto, Canada, among other delightfully holiday-themed places. It's enough to get even the biggest holiday skeptics out of their grinch-y funk.

Bass has always been a strong advocate for the holiday season — who could forget that epic *NSYNC Christmas album Home for Christmas? —so here's to him bringing yuletide cheer to the masses once more.