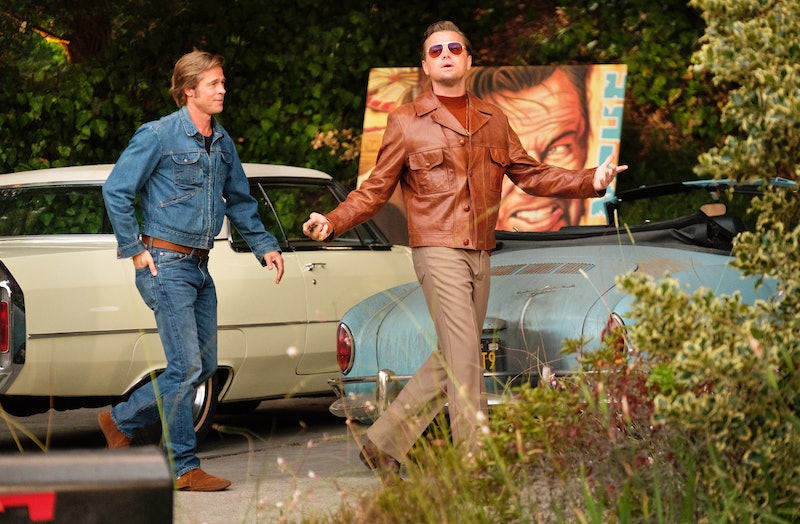 If you've only seen the trailers for Once Upon a Time in Hollywood, you might be confused about what the heck is going on. Some of the characters are real-life people and some aren't, so where are the lines drawn? One instance of something in the film seeming real — or like it could be based on something real — is the TV show in Once Upon a Time in Hollywood called Lancer.

In the movie, Rick Dalton (Leonardo DiCaprio) is a somewhat washed-up actor, who appears as a guest star on Lancer. It's a western TV series, and Rick had been a big star on another western series that ended years earlier. A scene with Rick on the Lancer set is in the trailer for Once Upon a Time in Hollywood when he is shown talking to a young co-star, she says, "That was the best acting I've ever seen in my whole life," and Rick starts to cry.

If you're not old enough to remember it... or just don't remember it because it was pretty short-lived, Lancer really was a TV show that aired on CBS from 1968 to 1970. The show was about a man, Murdoch Lancer (Andrew Duggan), who recruited his two sons — from different mothers, and who had never met — to come help him out on his ranch. In Once Upon a Time In Hollywood, the actors who played the two sons on the series, James Stacy and Wayne Maunder, are played by Timothy Olyphant and Luke Perry, respectively.

In fact, before Once Upon a Time in Hollywood premiered at Cannes, it was reported that Perry would be playing a character named Scott Lancer, the name of Maunder's role on the series. It could be that there was just some confusion or that writer/director Quentin Tarantino was trying to keep things under wraps, but The Hollywood Reporter said in December 2018 that Perry was playing "Scott Lancer" and that Tarantino had gotten the rights to Lancer and was considering bringing the series back. Now, the name part makes sense; Perry doesn't have the character's name, but is playing the actor who played the character.

Since Lancer was a real show and many of the other characters in the film are real people, like Sharon Tate (Margot Robbie) and Charles Manson (Damon Herriman), how do DiCaprio and Brad Pitt's characters fit into all of this? DiCaprio's Rick is based in part on Burt Reynolds and Pitt's Cliff Booth is based in part on Reynolds' stuntman Hal Needham. Reynolds did not actually guest star on Lancer, but he was known for acting in westerns during the time period shown in the film. Reynolds himself was supposed to appear in the film, but following his death that role, of a man who lets the Manson Family live on his ranch, went to Bruce Dern.

Since DiCaprio and Pitt aren't playing real people, it's best to go into the film not thinking of them as Reynolds and Needham, but rather just knowing that their relationship is inspired by the actor and stuntman pair. As for the real things that are featured in the movie, like Lancer, they will give viewers a bit of authenticity when it comes to Hollywood in the late '60s.