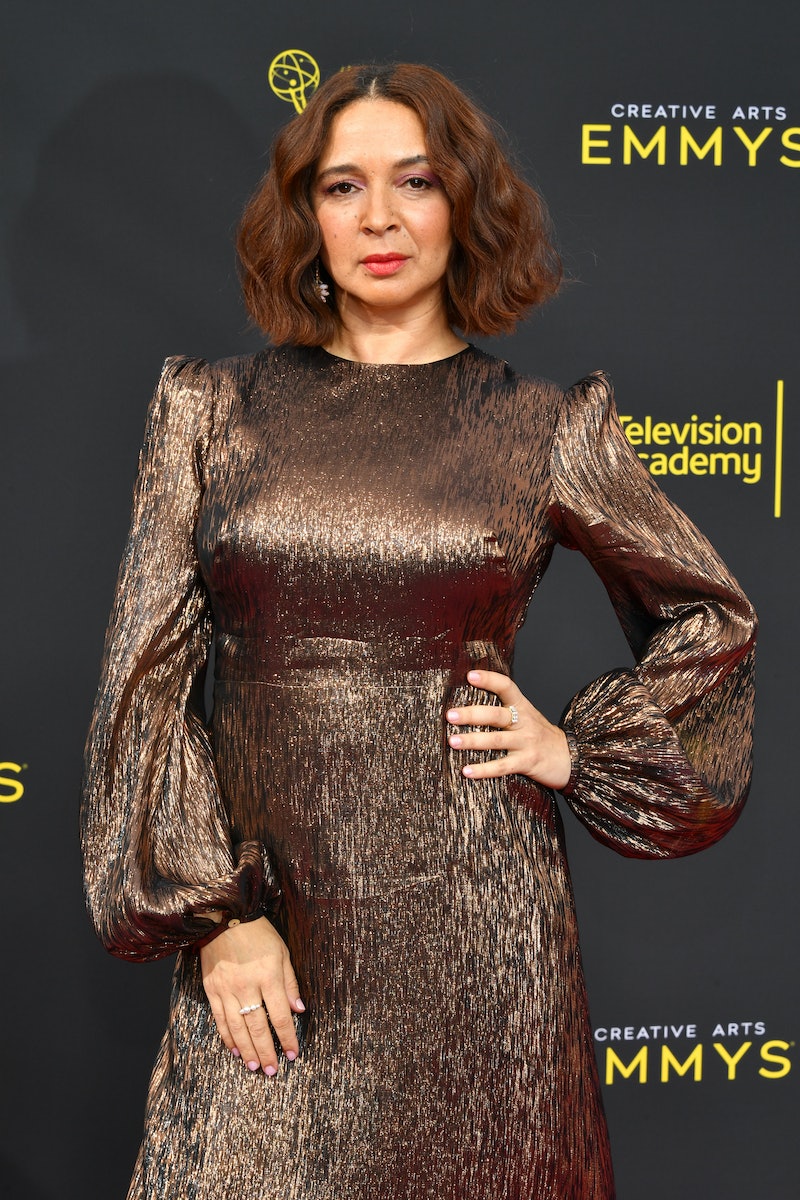 Saturday, Sept. 28 marked Saturday Night Live's Season 45 premiere, which can only mean one thing: celebrity cameos. Not only was Liev Schreiber in the cold open alongside Alec Baldwin, but Larry David and Maya Rudolph appeared on SNL as Bernie Sanders and Kamala Harris, respectively. And while there was arguably too much political content in the episode, these two familiar faces were a welcome reprieve.

Throughout the night, there were several sketches about the impeachment inquiry launched against President Trump, one of which depicted the Democratic candidates during an Impeachment Town Hall. Kate McKinnon — who's impersonated everyone from Hillary Clinton to Rudy Giuliani — played an uncanny Elizabeth Warren, while host Woody Harrelson appeared as Joe Biden. Pete Buttigeg, Beto O'Rourke, and Cory Booker were also in attendance, as was Andrew Yang, who was depicted by new SNL castmember Bowen Yang. Marianne Williamson was portrayed by fellow newcomer Chloe Fineman.

However, it was David and Rudolph's performances that seemed to most excite fans, due to their sheer star power. "Maya Rudolph, Woody Harrelson, AND Larry David in a skit together? YES PLEASE," tweeted one fan. Added another: "omg larry david is BACKKKK."

As for Rudolph, her impersonation was so hilarious that some fans joked that they wanted Harris to get the Democratic nomination so that the Bridesmaids star could continue reprising her impersonation. Several times during her speech, Rudolph advertised different TV shows, such as Corn Pop, Kamala, and Above the Law.

"I'm a walkin', talkin' TNT show," Rudolph said during the skit. "Don't you want four more years of me dressing down our enemies like this? 'You call that human rights, China? I call it human wrongs.'" At this point, Rudolph turned to the camera, where a fan was blowing dramatically through her hair. "Kamala, Sundays on TNT."

Even funnier was Rudolph's response to an audience member, who asked what would happen if Joe Biden became implicated in the Ukraine scandal. "Oh no!" she facetiously answered, suddenly wearing sunglasses and sipping a tropical cocktail. "That would be terrible! Not Joe Biden!"

Rudolph has long been a welcome surprise guest on SNL, especially given that she was a cast member for seven years. During her turn on the show, she was known for her uncanny impersonations of celebrities like Beyoncé and Donatella Versace, in addition to memorable performances in skits like "Secret Showcase Spokesmodels," the recurring "Bronx Beat," and the iconic "Mom Jeans." But Rudolph's facial expressions and spot-on impersonation of Senator Harris were so good, it was arguably enough to cement the performance as one of her best.

David, meanwhile, was never an SNL cast member, but he did serve as a writer from 1984 to 1985, so it makes sense to see him on the NBC stage — especially given the number of cameos he's made over the years.

The presidential race may still be waring on IRL, but at least David and Rudolph were able to add some levity to the whole thing, if only for a few minutes.