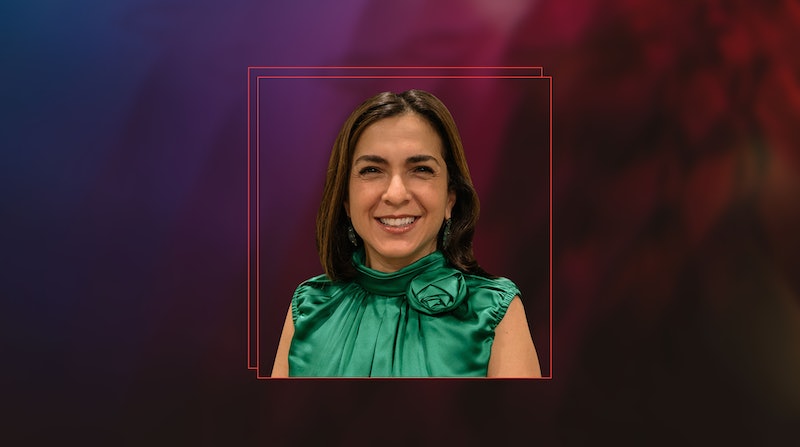 Marta Michelle Colon's brother was in recovery when he died. Despite the fact that he was no longer using opioids, his organs simply could not withstand the effects of years of previous misuse. Devastated by his death, and infuriated by how difficult it was to find information on how opioids have affected Latinx people specifically, Colon launched Be Gutsy, a national awareness campaign to educate Latinx youth about misusing opioids.

When both she and her brother were living in Puerto Rico in the mid-2000s, her brother was injured in a motorcycle accident that left him in severe pain. He was placed on a regimen of prescription opioids, to which he eventually began to misuse. After his death at the age of 35, Colon, a psychologist who focuses on emotional intelligence, began to look more closely at the effects of these pain relievers. She concluded that there was a glaring lack of resources about opioids tailored to the Latinx community — and two years ago, she decided to do something about that.

"I realized if I had known then what I knew at that moment, two years ago, I could probably have saved his life," Colon says. "Because they were treating his condition and substance abuse without really knowing what was going on or how to treat it."

Although opioids initially impacted rural white communities at a disproportionate rate, data from the Centers for Disease Control and Prevention (CDC) indicates that the opioid overdose death rate in Latinx communities has risen nationwide. Overdose fatalities among Latinx populations across the country increased by 52.5% from 2014 to 2016, compared to a 45.8% increase in white populations, according to the CDC.

Colon launched Be Gutsy in July 2018 in order to provide much-needed information on opioids to Latinx youth. Colon came up with the name after she heard several young people say that they had to "be gutsy" when questioning people who tried to give them pills. Opioids are "more available than ever," Colon says, and it's easy for young people to not realize they're addictive, especially when instructions on a prescription pill bottle aren't written in their native language.

While there are other resources that attempt to address opioids in Latinx communities at a local level, such as Casa Esperanza in Massachusetts, Colon claims Be Gutsy is one of the first programs to do this kind of work on a national level. The Be Gutsy initiative uses social media, like Facebook, to spread awareness about opioids and encourage people to get involved in combating misuse, but its primary focus is on disseminating easily accessible educational resources.

Be Gutsy has a few documents on its website that anyone — teachers, students, parents, or community advocates — can download. The documents contain statistics about how opioids impact young people, particularly those who are Latinx.

Be Gutsy also offers an academic curriculum with worksheets, workshops, assessments, and long-term support, in order to teach participants about what opioids are, how they work, how the prescription opioid epidemic started, and how to respond. Colon uses art as a way to generate more interest in the project, too. Young people who participate in Be Gutsy's programs may paint murals about wellbeing, or write and perform theater productions in schools and universities nationwide.

"It’s a great way to start the narrative about ... the opioid epidemic and to get our youth to speak openly about it," Colon tells Bustle.

Participants typically have to sign up for Be Gutsy's programs themselves, but schools and universities can use Be Gutsy resources for their students, Colon says. Be Gutsy conducts fairs and conferences at various schools to let students know that it is a resource available to them. In order to increase youth engagement, Be Gutsy has launched local, grassroots partnerships with Puerto Rico Youth at Risk, Instituto Nuestra Escuela, and other community organizations and mentorship programs.

Beyond serving as an educational resource, Colon says Be Gutsy regularly collaborates with the health care sector to question how opioids are prescribed and to make treatment options for opioid use disorder more accessible.

In New York prosecutor Lucy Lang's experience, Be Gutsy also has challenged the ways in which the criminal justice system handles opioids. Lang is the executive director of the Institute for Innovation in Prosecution (IIP) at John Jay College, and she tells Bustle that she heard about Be Gutsy while working as a policy adviser for the Manhattan District Attorney's office, at a time when the city established a public health and safety program to respond to the issue.

Lang says she hopes that Be Gutsy's approach — centering young people at the local level and teaches them how to affect change — will make a difference when it comes to opioid use disorder, in contrast with the punitive measures of the War on Drugs.

"You’re seeing people start to realize this has to be taken on in a very different way, and it needs to make central to its strategy education, access, communication — rather than punishment and harm," Lang says.

By creating a program that Lang says is "really by kids, for kids," Be Gutsy is working to prioritize young people's needs in the face of the opioid epidemic. But this initiative is also deeply personal for Colon, and she wants Latinx youth to be more aware of the consequences of the opioids that are readily available in their medicine cabinets.

"We're all at risk," Colon says. "At the end of the day, it’s how many people we can impact with the information and how many lives we can save."