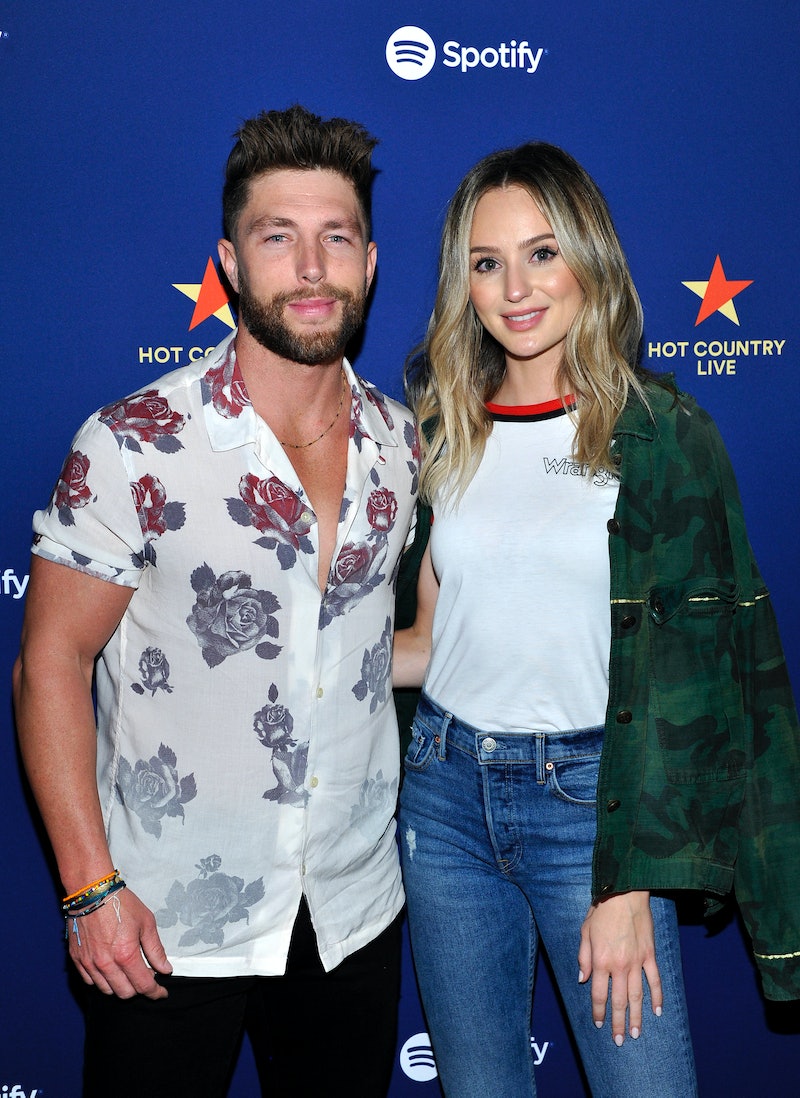 Country singer Chris Lane is "sure" that he will marry Bachelor alum Lauren Bushnell one day, but they aren't at that point — at least not yet. Nevertheless, Lauren B. and Lane just hit a major relationship milestone. In an interview with Entertainment Tonight, the "Take Back Home" singer revealed, "She is moving to Nashville. That's going to be a big step for us."

In that same interview, he explained,

"It's all kind of happened, I guess, pretty rapidly, but in a good way. We're both a little bit older, so I think sometimes when you're older you know what you want and it's easier to move along a lot faster."

He was also asked about the possibility of an engagement, even though they only went public with their relationship in November 2018. But since Lauren was a contestant on a dating show, fans are always looking for updates on her love life. So what did he say about a marriage proposal? He told ET, "At some point I'm sure that's gonna happen."

And this isn't the first time that he has publicly hinted at the possibility of marriage. On Jan. 30, Lane shared a photo of himself hanging out with her dad Dave Bushnell on a golf course. Along with the photo, the country crooner wrote, "Great day on the course with my potential future father-n-law @dfbush62. Ready for the @wmphoenixopen tomorrow!"

Slow your roll. That was not an engagement announcement, though. Lane clarified that photo caption with a post on his Instagram Story. In the story, he wrote, "Service announcement I'm not engaged," paired with some crying laughing emojis over a video with further explanation.

In the Instagram Story video, he said, "Y’all, just so you’re aware, I’m not engaged. I know some people may actually think that from my posts … but if you’ll read it, it said ‘future.'" So this is something that is bound to happen eventually, right?

On Feb. 20, the Bachelor alum shared a photo with Lane, her sister Mollie, and Mollie's boyfriend with the caption, "my best friends." He's in with the family members, which is a great sign of things to come.

That wasn't their only family bonding time though. In a December 2018 interview with People, Lane related his relationship with Lauren to his single "Take Back Home Girl." He confessed,

"We had no idea we were going to end up liking each other and it spawned into what it is now. ‘Take Back Home Girl’ took on a whole new meaning for me, especially now that she’s going to meet my parents."

He also discussed the effort that goes into long distance dating in that same People interview. The singer shared, "We have to plan ahead a little bit because she is busy doing her own thing."

Lane remarked, "She’s not used to dating an artist and the whole lifestyle that it brings — you’re constantly on the road doing something — but we both decided we would do whatever to make it work."

Soon enough they won't have that problem. What's next on the agenda? Most likely negotiating closet space and some decorating motifs for their shared living space. Those sound like way better "problems" to deal with than being two busy people navigating long-distance dating.