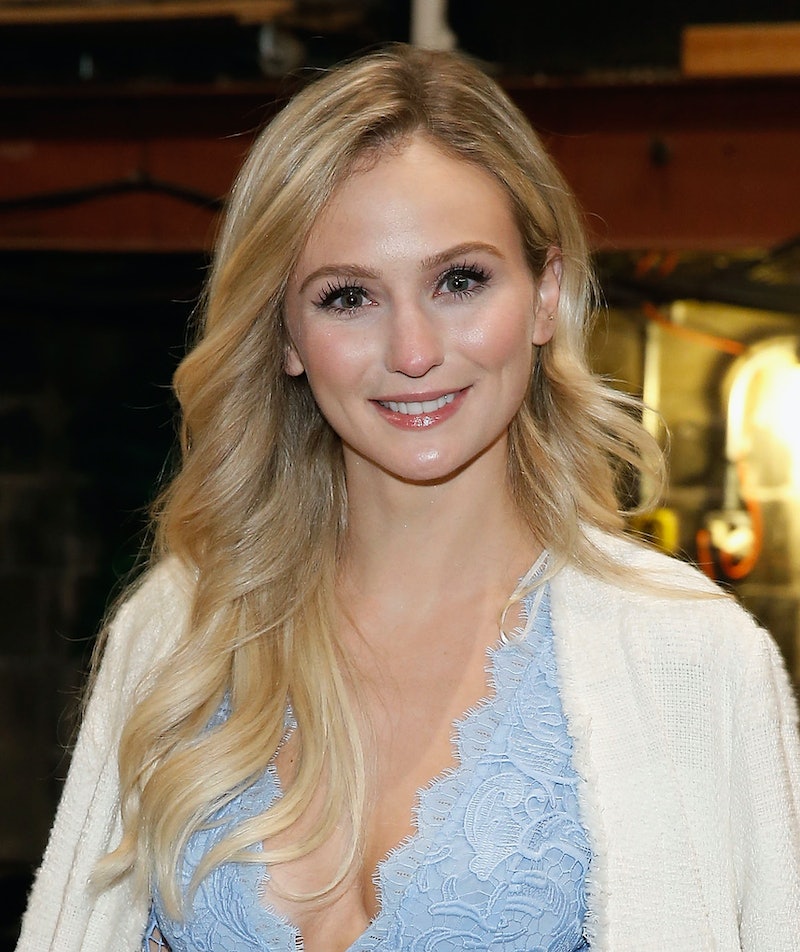 Here is some relationship news for Bachelor Nation. According to E! News, Lauren Bushnell is dating again, and it's reportedly someone from her past. But, before anyone gets too excited, she is not back with her former fiancé, Ben Higgins, who she met on The Bachelor and broke up with in May. Bustle has reached out to Bushnell for comment on reports that she is dating again, but did not receive a response at the time of publication.

Per E!, Bushnell has been seeing someone named Devin Antin since June. The two were reportedly friends before she went on the ABC reality dating show, and "things recently took a romantic turn." It seems that over the Fourth of July weekend, Bushnell posted snaps of a man on her Snapchat, who may be Antin. She also shared a snap of someone who might be Antin at what appears to be a Los Angeles Dodgers game.

It's unclear how Higgins feels about his ex's alleged new relationship, but when Bushnell opened up to E! News in June about her split from Higgins, she assured the outlet that all is good with the two.

"We're on good terms and I genuinely wish the best for him and I think he wishes the best of me," she said. "It's good, there's no bad blood there at all. I'm really excited for him and what he has going on."

She also told E! of dating again, "I'm not looking, but if something happens, great. I'm trying not to force anything. I'm not looking for anything necessarily but maybe that's when something good happens. I don't really have any expectations." Well, it seems like things are now looking up for her in the romance department.

As you can see above, the 25-year-old tweeted on July 7, "also the best things happen when you least expect it," which could possibly be her way of saying she has found someone new.

No matter if she's dating someone new or not, Bushnell seems happy these day.