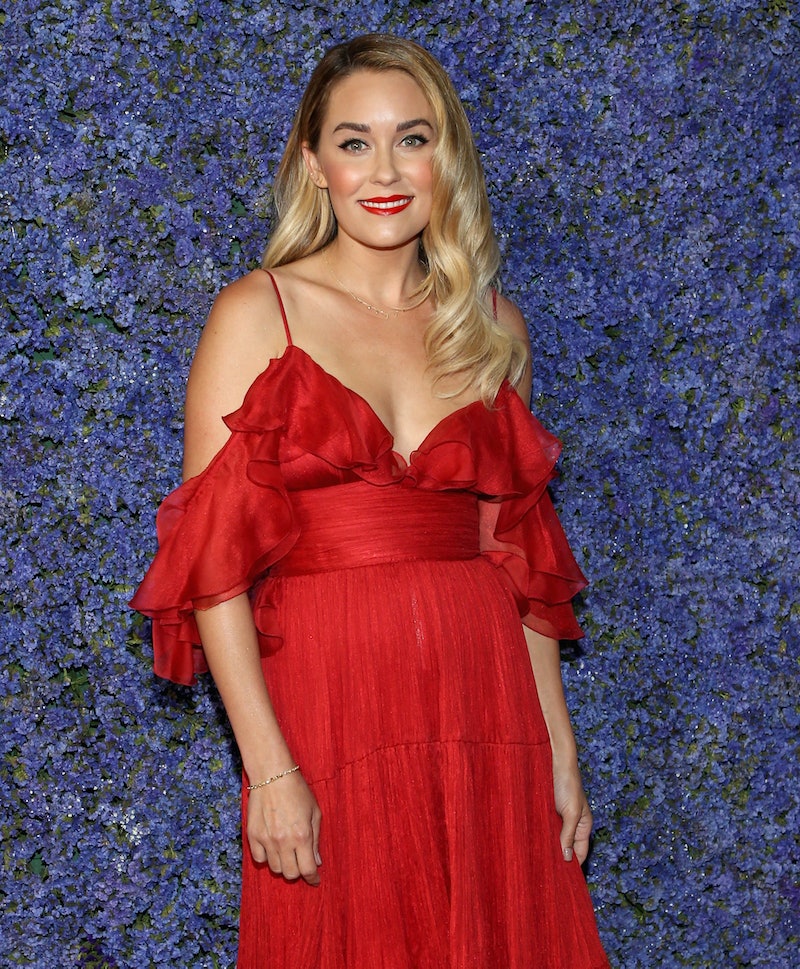 Here is some truly exciting news. On Instagram on Tuesday, Lauren Conrad announced she's pregnant with her second child. That's right, she and her husband, William Tell, are adding to their family by one. They are already parents to 1-year-old son Liam James.

Conrad revealed their happy news by sharing a sweet photo of herself cradling her baby bump. She captioned the image,

"It’s been hard to keep this one to myself! Very excited to share that our family will be getting a little bigger this year [baby emoji]."

The former MTV star didn't reveal any further details, but simply that she is going to become a mom for the second time around. Ever since giving birth to Liam in July 2017, Conrad has openly discussed motherhood, all while sharing the cutest photos of her firstborn on social media.

In June 2017 while chatting with Fit Pregnancy and Baby (via People), the fashion designer admitted she wanted a boy during her first pregnancy. "I really wanted a boy. My husband kept saying, 'We just want a healthy baby.' And I’d say, 'But a boy would be nice!'" She continued, "I was a wild little tomboy, so I think I understand boys. My mom always told me that nobody loves you like a son does, especially when he’s young."

It's unclear if the 33-year-old wants another boy, but, either way, it sure seems like Conrad couldn't be more thrilled to have a second baby. Actually, prior to meeting Tell the one-time star of The Hills and Laguna Beach wasn't sure if she would ever have children. She formerly told People, "In my early 20s I was open to having them or not having them. But after meeting William, I changed my mind. I knew I wanted to have a family with him. But I didn’t want to do it right away." She continued telling the publication,

"I’m crazy about Liam, but I never really got baby fever. We wanted to enjoy being married and to really be in the right space. We took our time, so it was something to look forward to."

In September 2018, Conrad opened up about having more kids and told Us Weekly that the couple would "probably" become parents again but "not right now." At that time, she wanted to focus not only on Liam, but her career. "It’s about finding the balance," she explained to Us. "You don’t want to miss anything, but at the same time, you want to teach them to work hard."

And now here she and Tell are once again expanding their adorable family. Knowing Conrad, she'll keep her fans up to date during her pregnancy journey, just like she did when she was pregnant with Liam. Not only did she announce she was having a boy on Instagram, but she also revealed Liam's name and his birth on the social media platform.

If you follow Conrad, then you'll definitely want to keep an eye on her account to see if or when she shares any more details about her second pregnancy. Until then, let's send Conrad, Tell, and Liam warm wishes.

More like this
Paul Mescal, Man Of Mystery
By Samantha Leach and Heather Hazzan
Khloé Kardashian Is Reportedly Dating A Private Equity Investor She Met Through Kim
By Jordyn Tilchen and Jake Viswanath
Tyler Perry Makes Rare Comment About Meghan Markle & Prince Harry's Love Life
By Radhika Menon
Dixie D’Amelio & Noah Beck “Love Each Other” Despite Breakup Rumors
By Julia Emmanuele, Jordyn Tilchen and Grace Wehniainen
Get Even More From Bustle — Sign Up For The Newsletter