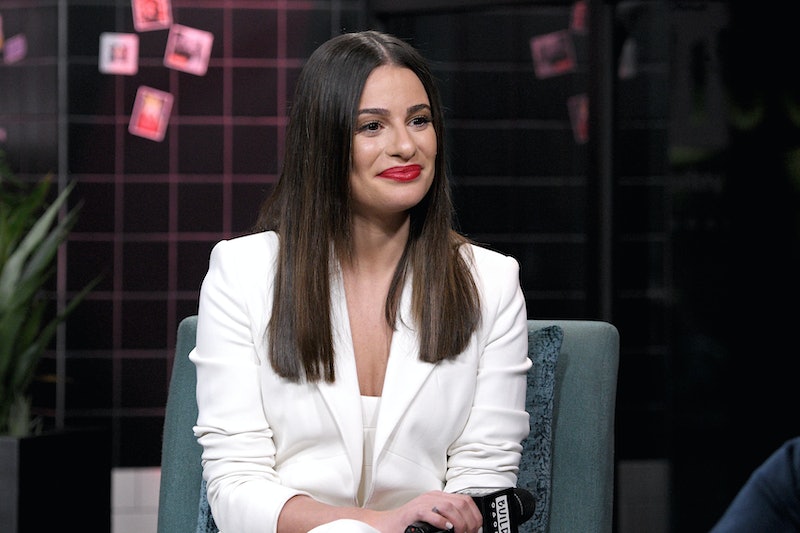 Following accusations of mistreatment from former co-workers, Lea Michele apologized to her Glee co-stars for her reported on-set behavior in a statement posted to her Instagram on Wednesday, June 3. Her response comes two days after co-star Samantha Marie Ware accused Michele of using racial microagressions to make the set of the beloved Fox show "a living hell." Ware posted her experiences on Twitter in response to Michele's tweet condemning the death of George Floyd at the hands of police officer Derek Chauvin, in which she used the #BlackLivesMatter hashtag.

In her statement, Michele explained that her tweet was meant to be a "show of support" for people of color, but the responses that she got made her reflect on "how my own behavior towards fellow cast members was perceived by them." Michele also alluded to Ware's accusation that the actor told people that she "would sh*t in my wig," saying that she didn't remember "making this specific statement," but conceded that it's "not really the point."

"What matters is that I clearly acted in ways which hurt other people," she wrote. "Whether it was my privileged position and perspective that caused me to be perceived as insensitive or inappropriate at times or whether it was just my immaturity and me just being unnecessarily difficult, I apologize for my behavior and for any pain which I have caused."

Michele didn't address any of the specific allegations against her, nor did she address any specific former co-stars by name. Following Ware's tweet on Monday, several of Michele's Glee co-stars showed support for Ware online, including Alex Newell, who responded directly. Amber Riley also shared GIF reactions on Twitter, including one of her sipping tea, while Melissa Benoist reportedly liked tweets about Michele's alleged behavior. None of her co-stars have responded to her apology, but PEOPLE reported that Michele has reached out and spoken to a few of them in private since Monday, without giving names.

Michele's apology is already disappointing some fans who think she's missed the point entirely, with many calling it a "non-apologetic" apology.

Specifically, people are disappointed that the actor failed to own up to any mistakes, instead saying that she wanted to talk about "how my own behavior towards fellow cast members was perceived by them."

Michele concluded her statement by promising to improve her behavior in the future, especially in light of her pregnancy, which she announced in April. "I know I need to keep working to better myself and take responsibility for my actions, so that I can be a real role model for my child," she wrote. How she will be taking responsibility, and what actions she might take to actually do better, remain to be seen.

More like this
The 'Glee' Cast Isn’t Happy About 'The Price Of Glee'
By Jake Viswanath
Taylor Swift Visited The 'Glee' Set For This Bizarre Season 5 Episode
By Grace Wehniainen
'Breaking Bad' Duo Walt & Jesse Are Back — In This Super Bowl Commercial
By Jake Viswanath
'The Queen’s Gambit' Season 2 Tweet Wasn’t From Anya Taylor-Joy
By Mary Kate McGrath, Jack Irvin and Grace Wehniainen
Get Even More From Bustle — Sign Up For The Newsletter
From hair trends to relationship advice, our daily newsletter has everything you need to sound like a person who’s on TikTok, even if you aren’t.