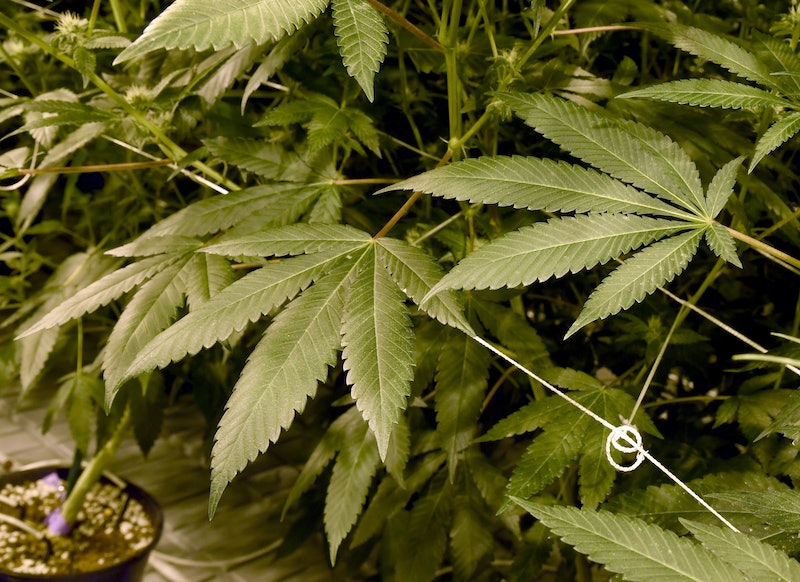 As more and more states legalize marijuana, public interest about the long-term safety of regular cannabis use is growing. Weed is the most commonly used illegal drug in the U.S., according to the Centers for Disease Control and Prevention, and the narrative around it often promotes it as relatively safe to use. Scientific research on the potential risks and benefits of marijuana is growing, and a new study investigated some notable health risks for chronic users. New research found that a Colorado-based hospital experienced a three-fold rise in cannabis-related emergency room visits following the legalization of recreational pot. Additionally, a lot of the visits associated with cannabis were also linked to cannabinoid hyperemesis syndrome (CHS), a rare and little-understood condition that can occur in daily long-term marijuana users and often involves repetitive, severe instances of vomiting, along with persistent nausea and abdominal pain.

The study, published in the journal Annals of Internal Medicine, assessed the relationship between visits to one hospital’s emergency department and patients’ corresponding history with edible and inhaled cannabis. Researchers reviewed the health records of adult visitors to the emergency room at a large Colorado hospital from 2012 to 2016. Colorado notably legalized recreational marijuana use back in 2014, becoming one of the first states to do so. Factors like patient demographics, symptoms, cannabis dosage, diagnosis, and whether the doctor attributed the hospital visit directly to cannabis were considered.

In total, 9,973 emergency department visits included some link to cannabis, with doctors attributing roughly 26 percent of visits at least in part to cannabis use. The proportion of ER visits that included edible exposure was about 33 times higher than expected, with the study authors linking the increased availability and usage of weed in the state post-legalization to the jump in cannabis-related hospital visits. ER visits attributed to consuming edibles were more likely to be linked to intoxication, acute psychiatric symptoms, or cardiovascular symptoms.

More hospital visits were attributed to inhaled cannabis versus edibles, and these visits were more likely to be for CHS. Past studies have highlighted an uptick in incidents of CHS as a result of chronic and heavy marijuana use, and have pointed to hot showers as a temporary cure, with some patients taking more than 14 showers a day for relief. A 2018 New York-based study estimated that approximately 2.75 million Americans a year might experience something like CHS.

"To see that this was a leading reason for people coming to the ER, that was pretty striking," Andrew Monte, study co-author and an associate professor of emergency medicine at the University of Colorado School of Medicine, told Business Insider. "We have to do a better job of educating users on the fact that this phenomenon exists."

It should be noted that despite these statistics, the study relied on people's reports of their cannabis use, meaning that you can't assume cannabis use caused this illness. But the results are still significant for a better understanding of how cannabis may affect users. In an editorial published alongside the study, Nora Volkow, the director of the National Institute on Drug Abuse, wrote: "We must recognize that the full range of potential adverse health consequences from cannabis consumption are not fully understood."

While more research on CHS is needed, it's worth taking this as one example that heavy marijuana usage could have serious effects on health.