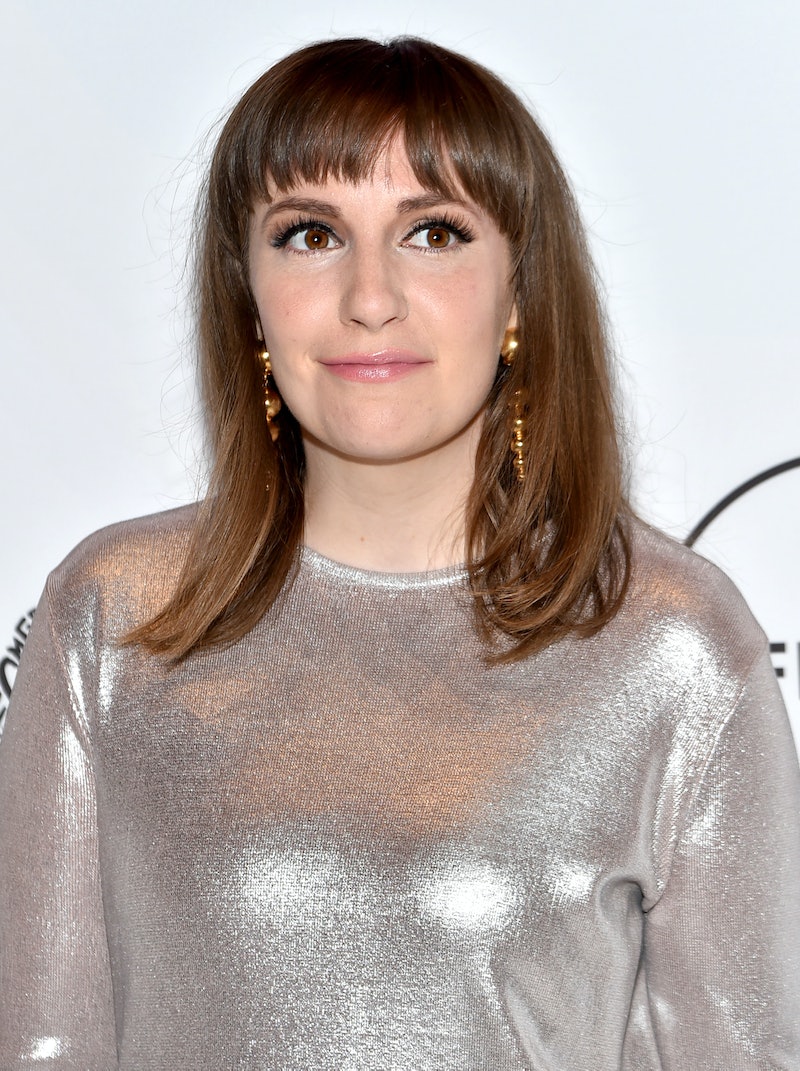 Another day, another celebrity hair change-up. This time, Lena Dunham got a new pixie cut just in time for the summer heat, and the super short look will inspire you to do just the same. I didn't think anything could surprise me after witnessing Bella Thorne's hot pink dye-job, but I was wrong.

The actress took to Instagram recently to showcase her newly chopped locks. In one photo, she holds her previously long tresses in a freshly cut ponytail, insinuating that she just cut off all her hair. She captioned the picture, "Didn't make it to Locks of Love length but if y'all are considering a cut and have a 10 in pony tail I urge you." It may not have qualified for the charity, but it was still pretty darn long. At least she had good intentions, right? Dunham then posted an "after" photo that flaunted the new cut with tousled texture at the top.

Pixie cuts are clearly making a comeback. The versatile look had its stint in the limelight back in 2013, when Jennifer Lawrence and Shailene Woodley sported the style. However, 2017 seems to the year of the pixie resurrection — just take a look at Katy Perry. With Dunham hopping on the bandwagon, this is definitely a trend that is coming back into fashion.

Though the 31-year-old is no stranger to wild hair looks, she has kept her mane pretty tame lately — until now. Let's take a look at the new cut, shall we?

Wow. She literally cut off all her hair.

Lol at the caption.

Aside from the bleach blonde hair, the resemblance is uncanny. Long live the pixie cut.