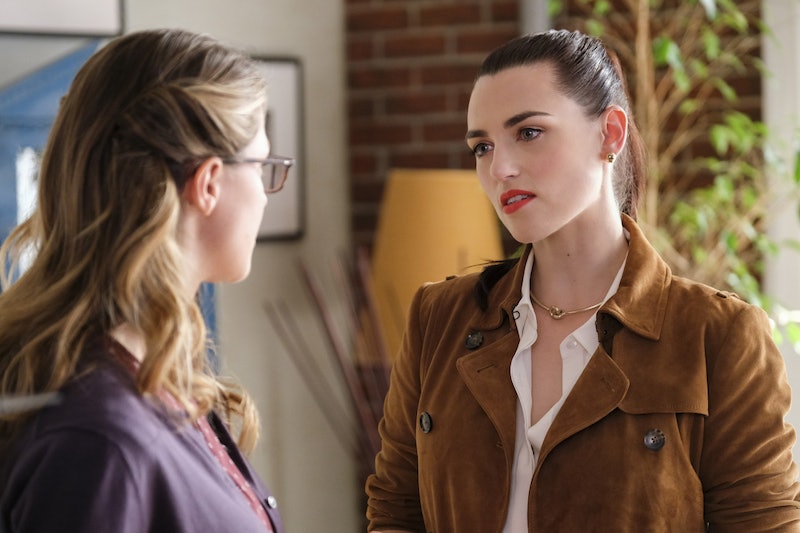 You didn't think a show featuring Kryptonians was done with the Luthor family, did you? According to the promo for next Monday's episode, Lena Luthor is returning to Supergirl — but her mother Lillian is coming with her. Once again, Kara's friend is tested by the sinister weight of her last name. Is she good? Is she bad? We may never find out for sure.

The CW's official press release for the upcoming episode "Luthors" reveals that "after Metallo breaks out of prison and frees Lillian Luthor, the police blame Lena for his escape and arrest her. Despite overwhelming evidence, Kara refuses to believe her friend is guilty and fights to clear Lena's name." The episode will also explain "how Lena came to be a Luthor" via flashbacks. Does this mean we get to see Lex?! That would be too crazy.

Like Kara, I want to believe in Lena Luthor. They relate to each other because they were both adopted, I get it, but Lena doesn't have to be defined by the family that took her in. She has a capacity for goodness. What concerns me more is what Lena may or may not have done in the past.

In the promo, James warns Kara about trusting Lena. Meanwhile, Lillian tempts her daughter with the classic "join me and we'll be more powerful together" villainous diatribe. There's also a lot of green light, and... chess pieces? Watch the clips below.

She's not twisting any mustaches, but there's something just shady and smirky enough about Lena Luthor to have me wondering what secrets she's hiding. Now that she's back on Supergirl at least the show can finally explore them.