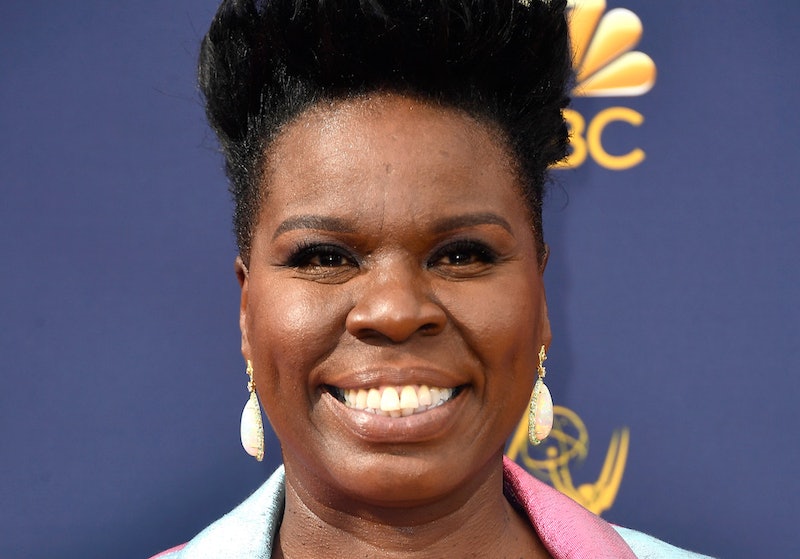 Former Saturday Night Live cast member Leslie Jones has some advice for protestors: leave the sledgehammers at home. The actor and comedian dialed into Late Night With Seth Meyers on June 3 and discussed the nationwide protests that have been organized after the death of George Floyd, a black man who died while pinned under a white police officer in Minneapolis. During her interview, Jones reflected on her own experiences of attending the 1992 Rodney King riots in Los Angeles, which occurred after a jury acquitted four LAPD officers for their beating of King.

Jones, now 52, offered some advice to her younger self at the King riots: "I would say, ‘Don't take that sledgehammer,’" Jones told Meyers. "Don’t take that sledgehammer. Because the sledgehammer literally made me a hero in so many places." She went on, recalling how she participated in the riots. "I opened up so many doors with that sledgehammer. I remember I broke — and I have to tell you this — it was a supermarket and there was a chain fence and they couldn't get it open. So, I came with my sledgehammer and… it went open and everybody was like, ‘Yeah!'"

At the time, she was celebrated, but looking back, Jones regrets causing any harm. "The city was tore up for years," she said. "LA just really got back — the saddest part is all the business, the black businesses that got torn down, didn't get to come back."

However, the comedian understands why young people protesting right now might not listen to her advice. "I was 22," she continued. "That's why I understand the protesters because there's probably nothing you could say to them right now that's gonna make them not want to protest. Because there was nothing you could have said to me back then.” Jones said, “I was ready to burn it down because I was like, ‘We gotta do something.’”

That's why, instead of telling young people how to protest, Jones has committed to fight racial injustice through political action. “I'm gonna use my platform to make sure everybody understands the importance of voting,” she told Meyers. “I think we all just need to realize that we're all human and living on the same Earth and need to start working together before we don't have nothing."

Jones’ Late Night appearance comes after she shared a video on social media on May 31 that similarly called on people to “change the system” through politics. “I understand the f*cking frustration, but we gotta change the system because the system wasn’t made for us,” she said. “The only way to change that sh*t is to get [marginalized] people in [the system to] change that sh*t.” Citing elections for mayors, congress, and senators, Jones said, “You gotta get your motherf*cking ass up and vote.”