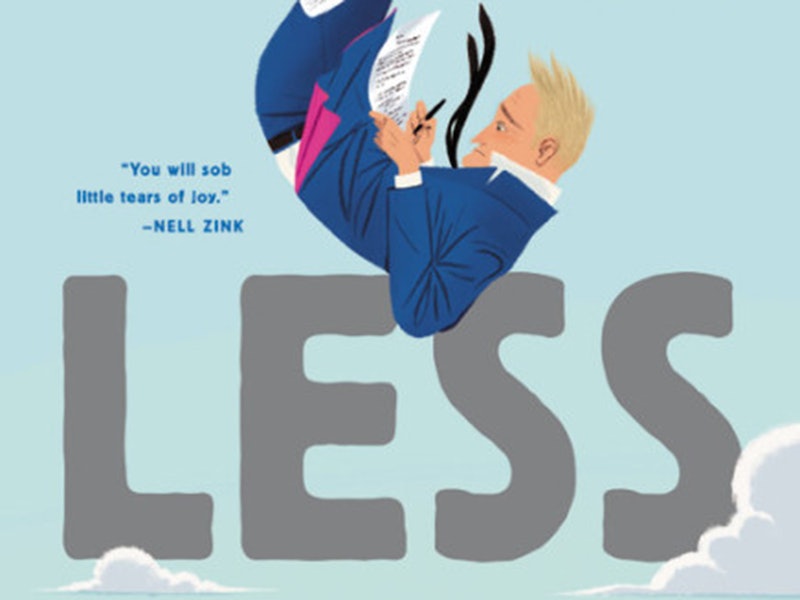 When Andrew Sean Greer's Less was announced as the 2018 Pulitzer Prize Winner for Fiction, many book-lovers and other publishing insiders were surprised, but pleased. Though the book had received favorable reviews since its publication in July 2017, it had mostly been a quiet release, flying entirely under the radar during the bulk of the book awards season. Many predictions for books that would take the top prize focused in on Jesmyn Ward's National Book Award winning Sing Unburied Sing and George Saunders' Man Booker Prize winning Lincoln in the Bardo as the two most likely contenders for the prestigious honor — though neither of them ended up being finalists for the prize. But it seems that there is at least one person who could have predicted a Pulitzer win for Less — and that's Andrew Sean Greer himself, who included a scene in his book about the freakin' Pulitzer Prize.

In a passage from the book, pointed out by Twitter user @recitrachel, our main character Arthur Less is having a conversation with a man named Robert in which, you guessed it, one of them is about to win a Pulitzer Prize.

..."Robert turned to face Less. 'It was the Pulitzer committee,' he said evenly. 'It turns out I've been pronouncing it wrong all these years.'

This is a delightfully meta moment that has only peaked my interest in picking up Greer's Pulitzer Prize winning novel... and if you were looking for a reason to do the same, I think you just found it.

Less follows Arthur Less on the brink of turning 50 when he receives a wedding invitation from his ex-boyfriend of nine years. Arthur decides to run away from his problems by attending some interesting literary events around the world. Finding himself almost falling in love in Paris, accidentally booking himself as the (only) writer-in-residence at a Christian Retreat Center in Southern India, and many more zany travel accidents like these, can't stop him from facing the one person he has most tried to escape: his first love.

And just as much as Arthur can't escape love, life and some seriously outlandish adventures, it seems he — and his author — also can't escape the life-changing literary accolades that come with a Pulitzer win.