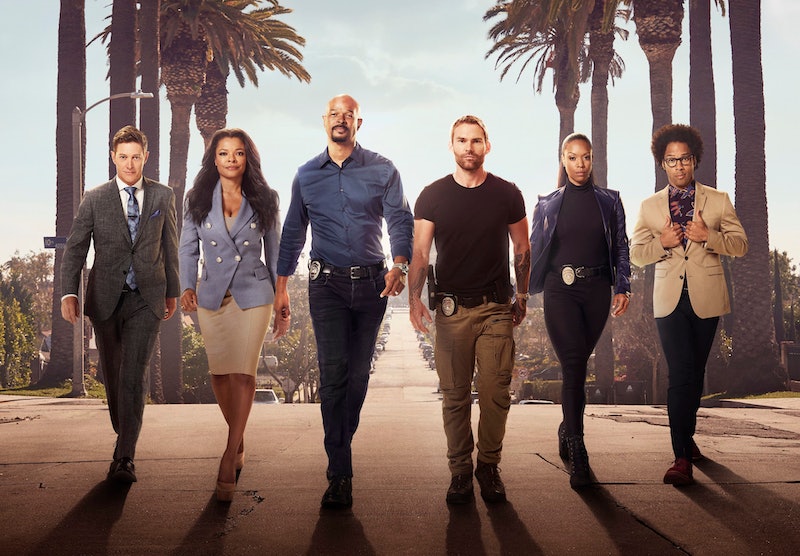 The third season of the U.S. cop drama Lethal Weapon is finally arriving in the UK. The series previously followed the shenanigans of detectives Roger Murtaugh and Martin Riggs, however, lead actor Clayne Crawford was fired from the show following a string of controversies — and he was later replaced by American Pie star Seann William Scott, who portrays Wesley Cole. Although fans are thrilled to see the U.S. series return to UK television, it was recently revealed that Lethal Weapon won't return for season 4 after Fox decided to cancel the series.

According to Deadline, Fox announced that Lethal Weapon would not be returning for a fourth season back in May, and when asked about the motivations behind the show's cancellation, FOX CEO Charlie Collier discussed some of the "tough choices" the U.S. network were forced to make. Speaking about the cancellation, Collier said, "In the quest to be No.1, you have to make tough choices, and Lethal Weapon was unfortunately on the other side (of the bubble)."

The FOX CEO was also asked whether or not the off-screen drama, which involved the show's lead stars, had influenced their decision to pull the plug. However, Collier did not comment on the matter, and further stated that Lethal Weapon's cancellation was down to "the commitment to try to keep growing and invest in the future."

As reported by Vanity Fair, actor Clayne Crawford, who played the character of Martin Riggs, was fired from the series following its second series — and although Crawford was promptly replaced by Seann William Scott, the show was sent into further chaos after fellow leading man, Damon Wayans, revealed during the third season that he intended to quit.

Wayans revealed that he intended to leave the show after season 3's first round of filming was complete, and speaking of his decision to Electronic Urban Report, the actor explained, "I really don’t know what they’re planning, but that’s what I’m planning. I’m a 58-year-old diabetic, and I’m working 16-hour days. It’s hard for me to play this loving, supportive father, husband, and friend on TV, and be the guy in life that’s telling everybody, 'I can’t; I’ve gotta work'."

The actor, who portrays the character of detective Roger Murtaugh in the series, went on to share that missing out on important family milestones played a role in his decision to leave. He told Vanity Fair, "You have to look yourself in the eye and go, 'Who are you?.' It can’t all be about work. I’m from a big family, a loving family, and I haven’t seen them . . . I have seven grandkids. I’ve been missing recitals and graduations. To me, it’s not worth it. There is a better way to live life."

According to The Sun, the third and final series of Lethal Weapon will return to the UK on Friday, July 26 at 9 p.m. on ITV1 — and despite all the behind-the-scenes drama, I'm really looking forward to see how this brilliant drama wraps up.