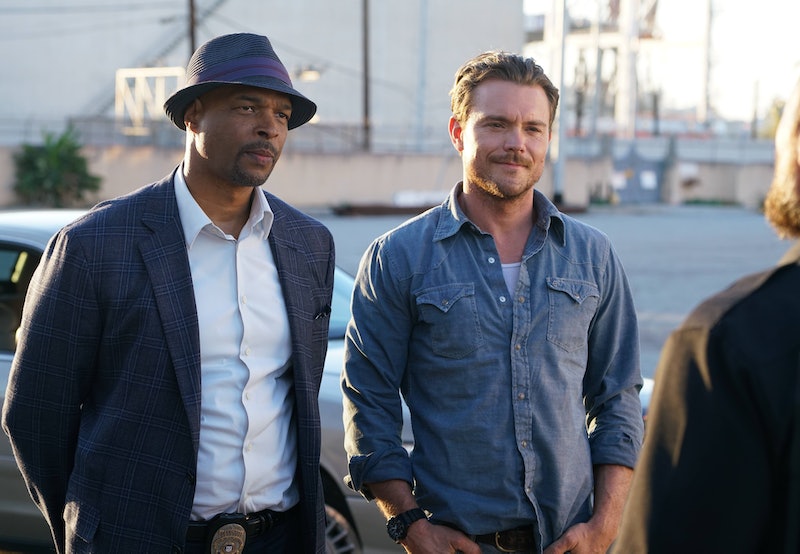 Adapting a previous established property to the small screen — whether it be a movie, a book, or another TV show — is always a tricky proposition. On the one hand, you have to be faithful enough to the source material that you don't alienate its legions of pre-established fans. But on the other hand, you have to make your show accessible enough to draw in a wider audience outside of that fanbase. So what's the secret, especially when the thing you're adapting is a violent R-rated action classic from the 1980s starring one of Hollywood's most controversial celebrities? How will FOX's Lethal Weapon series be different from the movie?

First, let's start with how it won't be different just so we're all on the same page. Like the 1987 movie directed by Richard Donner (Superman) and starring Mel Gibson and Danny Glover — and its three sequels — the broadcast television version of Lethal Weapon will also take place in sunny Los Angeles, and it will also feature an unlikely partnership between two mismatched detectives: the straight-laced Roger Murtaugh, on the verge of retirement, and the wild card Martin Riggs, reeling from the tragic death of his wife.

No, FOX's Lethal Weapon won't take place in the super stylish '80s; it's not that faithful of an adaptation. Rather, the network will feature an updated take on the story with all the bells and whistles of a modern TV action drama. But the differences between the two versions don't stop at which decade they take place in. According to a Deadline report on the show early last month, this new Lethal Weapon is "more touchy-feely and less crazy high jinks than what we saw onscreen."

That's because some changes had to be made in order to make the material suitable for a family audience during primetime hours on broadcast TV. As Clayne Crawford (Rectify), who plays Riggs, told Deadline, "In the films, I believe the character was doing cocaine, which jacked things up a bit. This is Fox, it's family hour, and there's no cocaine."

Aside from subject matter, there's also some variation from the original film's structure; the inherent differences between movies and television series necessitated such changes. "With the movies, you have 90 to 120 minutes and there's several years between installments," the TV show's creator Matt Miller told Deadline. "We wanted to draw on this painful, emotional experience. We didn't want the audience to catch up to them. We wanted to see the moment where Martin Riggs breaks and that visceral impact."

Finally, there's the fundamental difference of the actors themselves. There's obviously no Mel Gibson here, or any of the associations that come with that name. "Redoing something is terrifying as an actor," Crawford told TV Guide. "You like to do things that are original and you like to try to put your own spin on it. What [Gibson and Glover] did was so incredible, and it didn't leave a lot of meat on the bone. So what we had to do [was] separate ourselves as much as possible and try to bring only what we can bring."

For Damon Wayans (In Living Color), who plays Murtaugh, that unfortunately means the death of Murtaugh's ubiquitous catchphrase, "I'm too old for this sh*t." As the actor explained to TV Guide, "I think that it's kind of corny coming from me because it looks like I'm trying to repeat [what Glover did]. My assignment is to help you forget about Danny Glover. I think the death [of the show] is when people are going, 'Danny did it better.' So for me, anything that's going to bring people back to [the movie], I'd rather avoid."

The most surprising difference of all? The fact that the small screen version of Lethal Weapon can somehow be described with the adjective "heartbreaking." "Obviously there’s stuff that goes boom, and there’s funny antics," Crawford told Entertainment Weekly. "[But] we try to ground it in as much truth [as possible], and sometimes that can be extremely heartbreaking."

Get ready to have your heart broken — and your adrenaline pumping — starting this Wednesday at 8:00 p.m. ET on FOX.