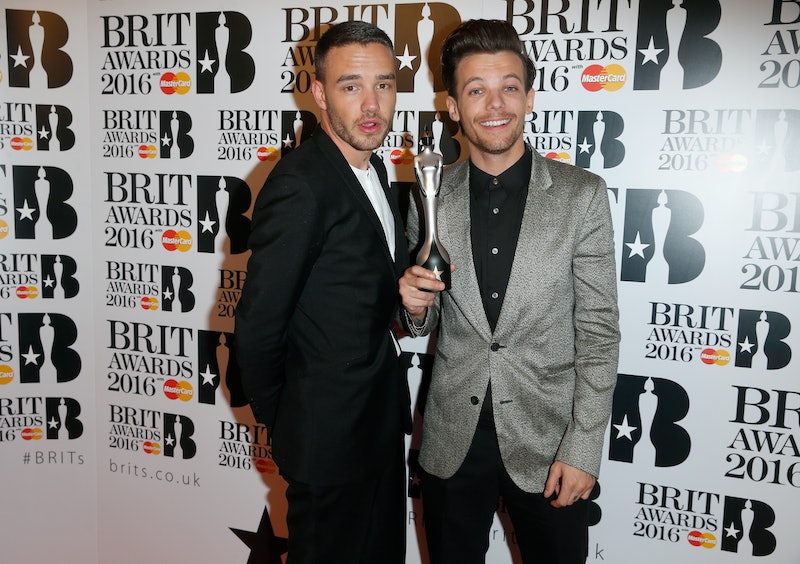 It's a One Direction mini-reunion: On Friday, Liam Payne and Louis Tomlinson wished Niall Horan happy birthday during the 2019 Coca Cola Music Experience Festival in Spain, according to Teen Vogue. Payne and Tomlinson led the crowd in a rendition of "Happy Birthday" in honor of Horan, and the moment showed that these former bandmates are still close friends. There's no sign One Direction are getting back together just yet, but for fans hoping to see the group reunite, this sweet moment is almost better.

On September 13, a fan captured Payne singing "Happy Birthday" for Horan during his set and shared the moment on Twitter. Even though Tomlinson didn't join his former bandmate on stage for the song, Payne revealed the two planned the gesture ahead of time. "There's someone else we're forgetting about today — Louis is hiding out there, and we both discussed the fact that we forgot to wish Niall a happy birthday," Payne said. "Should we sing him 'Happy Birthday?'" The crowd, and presumably Tomlinson backstage, joined the singer in wishing Horan the best. Fans on Twitter were loving the former bandmates' support for each other. It may not be a reunion, but it speaks volumes about what the One Direction guys mean to one another.

Horan, whose birthday is on September 13, has yet to respond to the birthday wish. On Thursday, The Slow Hands singer shared a message about his birthday on Instagram, urging fans to celebrate his special day by making a donation to disaster relief organizations. He wrote: "Tomorrow is my 26th birthday — I'm so thankful to those of you that want to celebrate with me and send birthday wishes and love. This year, I'm asking you to join me in supporting @wwfuk and @americanredcross two causes that mean a lot to me."

Tomlinson and Payne's birthday wish was not the first time the former One Direction members sparked reunion rumors. Earlier this year, Tomlinson confirmed a 1D reunion was possible, as per People. "I do think it will happen. I’d certainly have something to say about it if it didn’t. I think it’s inevitable," he said. "‘When?’ Is the big question. And that’s something that none of us really know the answer to at the moment."

In April, Harry Styles revealed he is open to a 1D reunion in an interview with Rolling Stone. "I don't think I'd ever say I'd never do it again, because I don't feel that way," he said. "If there's a time when we all really want to do it, that's the only time for us to do it, because I don't think it should be about anything else other than the fact that we’re all like, 'Hey, this was really fun. We should do this again.'"

In June of 2018, Payne also expressed interest in an eventual reunion in an interview with The Daily Star. He said: "It's amazing that we're doing our own thing and then, hopefully one day soon, we get back together and have another great time of it, who knows?"

One Direction split in April of 2015, citing the desire to work on solo-projects, as per Vanity Fair. Horan and Zayn Malik haven't expressed as much interest in getting the old group back together, but most of the former bandmates seem optimistic about making music together again one day.

Could 2020 be the year One Direction finally get back together? Fans will have to wait to find out, but Payne and Tomlinson's birthday wish to Horan shows these former bandmates remain close pals. Even if the band doesn't get back together in the next year, the mini-reunion is another reason to have hope.