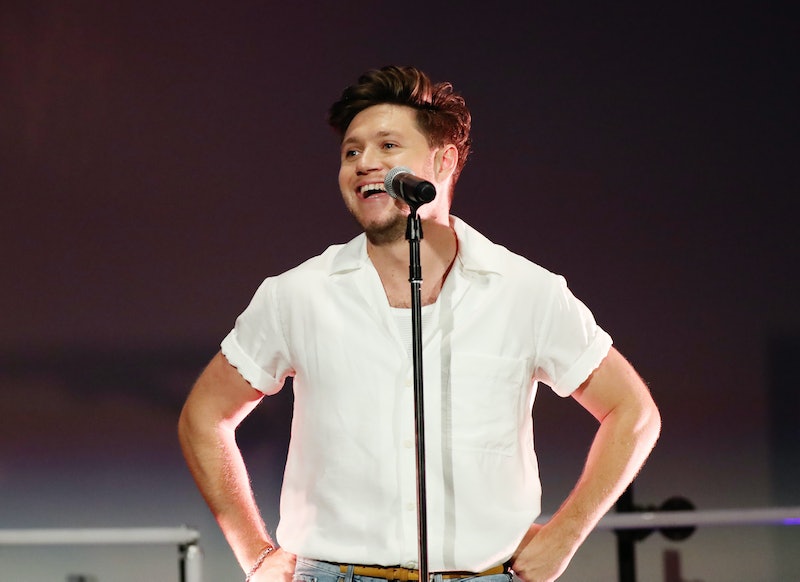 Being a global superstar, pop sensation, and object of countless fans' desire comes with a whole bunch of responsibility. Responsibility which, you know, the likes of Niall Horan probably deserves a lovely break from. Like, say, the annual celebration of his birth. Yes, it's time to chill out and being spoiled, right? Well, no. This One Directioner has bigger plans for the big day. Because Niall Horan is using his birthday to fundraise for important causes. Ugh, you guys, what a lil hero.

So, the star took to his Instagram page to share his cute AF intentions, sharing a hand written note that explained the reasoning behind his decision.

He began his caption by emphasising how lucky and honoured he is to have so many loved ones and supporters who are keen to celebrate his 26th birthday. However, it's the next part of the caption which will melt your heart in a big way:

"This year, I'm asking you to join me in supporting @wwf_uk and @americanredcross, two causes that mean a lot to me for two disasters which have devastated communities and need our help."

The two charities that the singer is putting his clout behind are helping the devastating affects of Hurricane Dorian and the fires currently destroying the Amazon Forest.

Speaking about these issues, Horan wrote within the note itself:

"They will forever be a problem if WE don't do something to stop to. WE can stop this together by supporting WWF and American Red Cross. Please join me by spreading the link. Anything you can donate will make a huge difference, raising awareness and supporting those who need it the most."

The note continued: "I'm kicking it off with a donation to both causes so, again, give what you can."

Horan is joining a whole host of celebrities including Leonardo Di Caprio, Vanessa Hudgens, and Violet Beane in supporting the fight against the fires which are currently annihilating the Amazon Forest.

And celebrities including Rihanna, Lennie Kravitz, and Bethany Frankel are helping fundraise and aid those stricken by the devastating Hurricane Dorian.

Horan's also no stranger to the charitable world, having got involved in fundraising with English golfing professional Justin Rose with the Horan & Rose Charity, which has raised an incredible £1.5 million since 2016.

Horan is best known of course as being a former member of boyband One Direction and has since gone on to find great success as a solo singer. With one hit album already under his belt, the star has been busying himself with the second which, as Bustle has previously reported, he revealed is "on the way." It was after being asked by ODEntertainment while at yet another charitable occasion, this one a football event, that he spilled the beans.

Horan's love life has often been under the spotlight, and as he approaches his 26th birthday it appears nothing has changed there. His recent relationship with American actor Hailee Steinfeld was talked about a whole bunch. However, the singer is using his platform for something much more important right now and we stan. Hopefully Horan's 26th year will herald a lot more charitable efforts, musical endeavours, and a bit less goss about his love life.