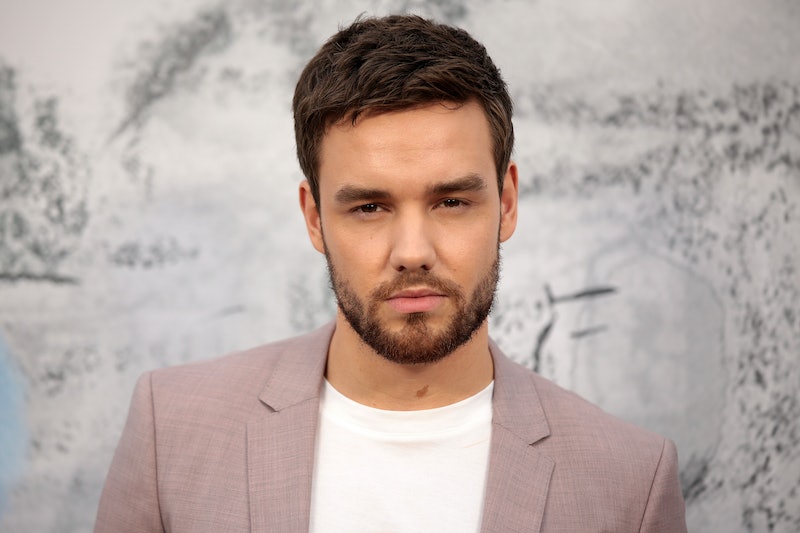 Since his days in one of the most successful boybands of all time, Liam Payne has gone on to enjoy further success as a solo artist. However, after welcoming his first child into the world, the One Direction star has stepped away slightly from the world of music — but that's about to change. Fans of the "Strip That Down" singer can now breathe a sigh of relief, because Liam Payne dropped a brand new single this week.

As reported by Rolling Stone, Payne released his latest single "Stack It Up" alongside A Boogie wit da Hoodie — who features on the Ed Sheeran-penned track alongside the Brit Award-nominee. Speaking of his new release, Payne said in a statement, "I’m so happy to be releasing my new single and for you all to finally hear it. Me and Boogie had so much fun doing it. This is a song I’m really proud of and I can’t wait to show you what’s coming next."

According to MTV, the former-X Factor star also shared details of "Shack It Up" on social media, and explained that the meaning of the song centres around "working hard, being inspired and achieving your dreams."

So, with a new single out, fans could be right in assuming that a new album might also be on the way, however, anyone pinning their hopes on a One Direction reunion may be waiting a little while longer. According to The Sun, Payne recently revealed that a reunion is unlikely to take place anytime soon, primarily because fellow bandmate Harry Styles has shown no interest in reforming. Speaking on the Nova 96.9's Fitzy & Wippa radio show, the singer revealed, "I haven't seen or heard from Harry in some time now, which is fine, everyone needs their space. Would I like to get back together? Yeah, definitely. I don't see any reason why we can't but if that's the way he feels that's up to him really."

However, nothing has been ruled out by Styles himself, and Payne went on to say that former band members Louis Tomlinson and Niall Horan would be up for a One Direction reunion. So, if like me you're rooting for the boys to get back together, we at least have something to cling onto. Fingers crossed.

Payne also recently opened up about his mental health struggles during an interview with Men’s Health Australia. As reported by the Metro, the "Stack It Up" singer revealed, "when you’re doing hundreds and hundreds of [concerts] and it’s the same 22 songs at the same time every single day, even if you’re not happy, you’ve got to go out there." Payne went on to describe aspects of his time in One Direction as being "toxic," and added, "we had an absolute blast but there were certain parts of it where it just got a little bit toxic, it’s difficult when you have the level of fame that we had in the band."

Well, I for one commend Liam on being brave enough to discuss his mental health struggles on a public platform, and wish him the best of luck with his latest music venture.