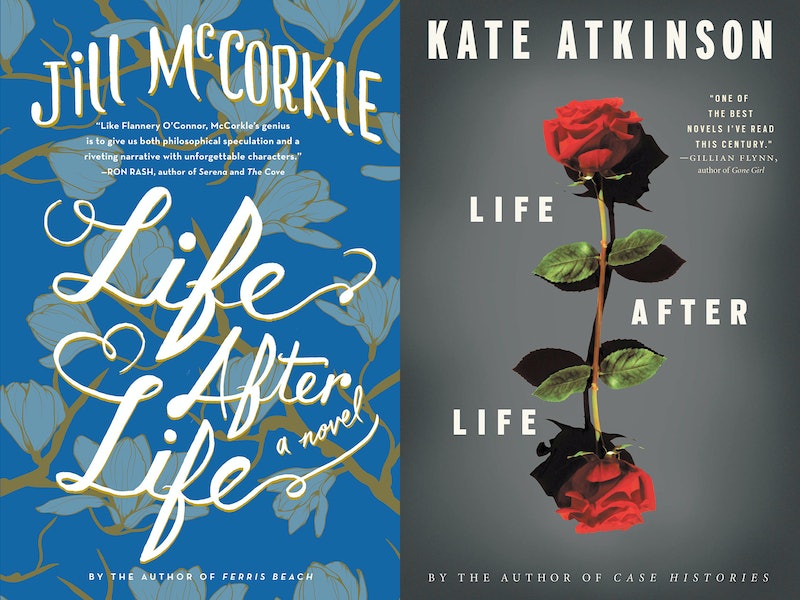 At some point or another, every book nerd has done it. You look up that new novel you've been hearing so much about, but you find...something different. You wonder: Can two books have the exact same title? Yes, Virginia, they can, and I've got 10 pairs of wildly different books with the exact same title for you below, so you can check out this phenomenon for yourself.

The short answer to your question is, yes, books can have the exact same title, sometimes even in the same genre. There's a difference, of course, when you're talking about well-known books connected to franchises, so good luck publishing Harry Potter and the Uneventful Summer or A Sequence of Misfortunate Events. In general, however, it's not expected that every book published will have a different title from its predecessors.

Still, sometimes it can get a little bit hairy when two books have the same title. Back in the spring of 2013, two different publishers released novels titled Life After Life, one week apart. In 2014, The Blondes author Emily Schultz started a Tumblr blog called "Spending the Stephen King Money," after people began buying the eBook version of her first novel, Joyland, mistaking it for King's print-only book of the same name, and "leaving negative and confused Amazon reviews." All four of those books made it onto the list below.

Check out the 10 pairs of books with the exact same title that I've selected for you below: