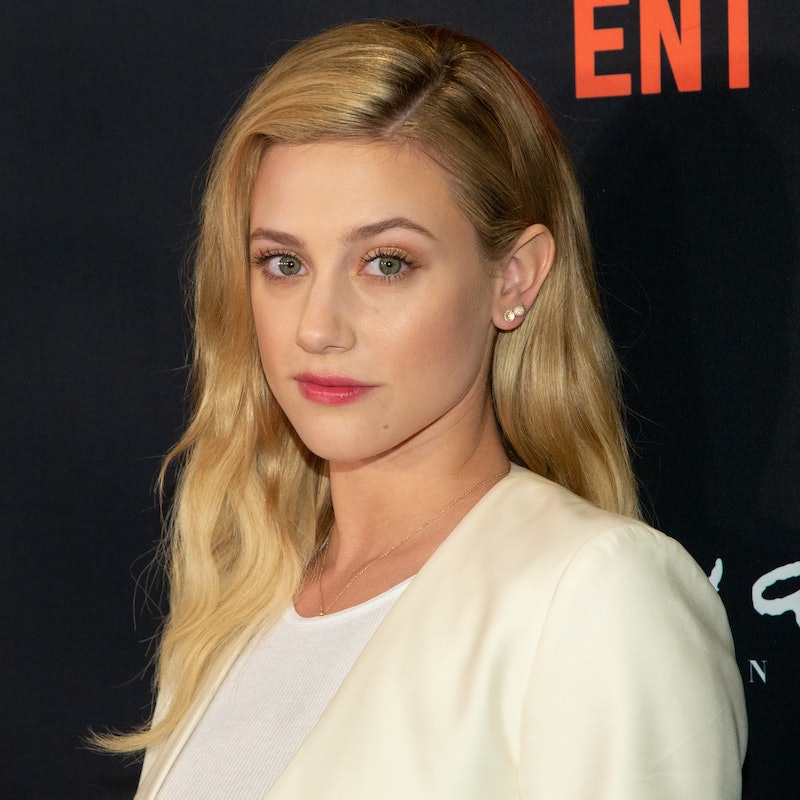 After much criticism, Riverdale star Lili Reinhart is apologizing for her Breonna Taylor post. On June 28, the 23-year-old actor shared a topless photo of herself on Instagram and captioned it, "Now that my sideboob has gotten your attention, Breonna Taylor's murderers have not been arrested. Demand justice." Despite her post being intended to advocate for justice on behalf of Taylor, who was killed in her home during a "no-knock" police raid on March 13, shortly after posting, Reinhart recognized that her Instagram was very much "tone deaf."

One day later, Reinhart issued an apology on Twitter. After noting that she tries "to use my platform for good" and to use her voice to "speak up about things that are important to me," she owned her mistake. "I also can admit when I make a mistake and I made a mistake with my caption," she tweeted. "It was never my intent to insult anyone and I’m truly sorry to those that were offended." Reinhart continued, "I’ve tried very hard to be honest on my IGTV lives that I’m still learning and trying to be better. But I understand that my caption came off as tone deaf. I truly had good intentions and did not think it through that it could come off as insensitive."

Reinhart has since deleted her post, but at first she only removed the caption before getting rid of the Instagram entirely. As @blackwomensday tweeted, "The fact that Lili Reinhart deleted her caption but not the post literally PROVES she didn't post it to get attention for Breonna Taylor. She just wanted a quirky caption, and she used an innocent Black woman's death to do that." Reinhart hasn't commented on why she didn't deleted the entire post all at once.

Like Reinhart, many have unfortunately turned Taylor's death into a meme by intentionally using an eye-catching photo or statements that have nothing to do with Taylor to draw someone in and then share something along the lines of, "Arrest the cops who killed Breonna Taylor." (Only one of the police officers involved in Taylor's death has been fired, but none have been arrested.)

While many people might think they're doing good by demanding justice for Taylor in this way, there are others who see it as making light of Taylor's memory and the overall struggle to end police brutality. "Breonna Taylor is not a meme, and neither is her death," Twitter user @Miss_Ethiopiaa posted on June 22. "She is a Black woman with a life and a story and a personality and loved ones. Please consider this before your next quirky post or retweet."

Making a joke or meme about someone's death is never a good idea, even if there might be good intentions behind it. All that said, the fact that Reinhart recognized her major mistake is a step in the right direction. More information on how to demand justice for Taylor can be found here.

More like this
Twitter Is In Awe Of Taylor Swift’s “Lavender Haze” Music Video
By Jake Viswanath
"Lavender Haze" Star Laith Ashley Breaks Down Filming With Taylor Swift
By Jake Viswanath
Jameela Jamil Defends Sam Smith After Trolls Body-Shamed Them
By Jake Viswanath
Britney Spears Shared The Real Reason She Shut Down Her Instagram Account
By Brad Witter
Get Even More From Bustle — Sign Up For The Newsletter
From hair trends to relationship advice, our daily newsletter has everything you need to sound like a person who’s on TikTok, even if you aren’t.