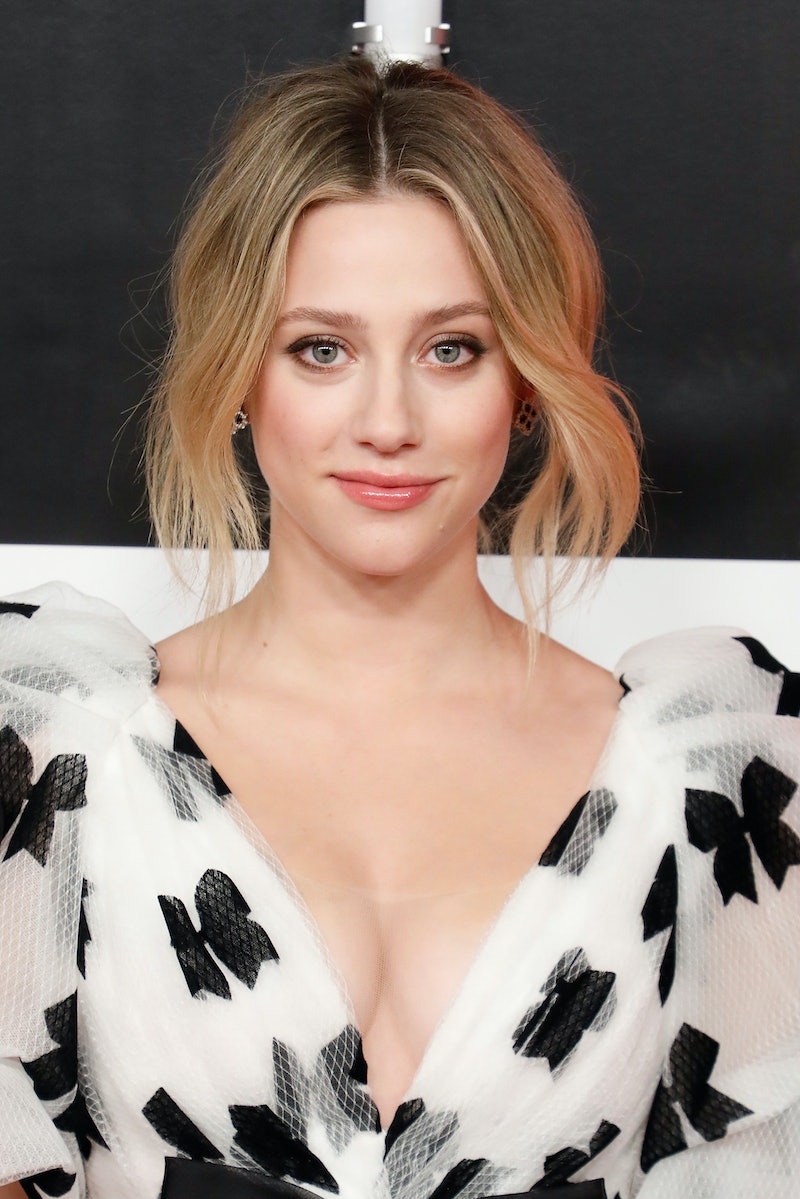 Never one to shy away from important conversations about beauty standards, Lili Reinhart called out "hazardous" photoshopping apps on Instagram, criticizing them for promoting unrealistic expectations for people's bodies. On Sunday, Reinhart criticized the BodyTune app on her Instagram Story, noting that she found the tool while looking for a way to resize photos. The star shared a screen grab of the app advertisement, in which a women's arm was edited to appear slimmer.

Reinhart went on to explain how photoshopping apps contribute to body dysmorphia and eating disorders, writing, "This is why social media has become hazardous to our health. This is why people have unrealistic expectations of their bodies." The Riverdale star encouraged fans to celebrate individual bodies, writing, "Our bodies should not conform to 'one size fits all."'

The actor also implored followers not to subscribe to unhealthy beauty standards by using photoshopping apps, which she sees as promoting impossible expectations for people's bodies. "Looking 'skinnier' on Instagram is not worth the detrimental psychological effects that these photoshopping apps have given our generation," Reinhart wrote.

The Hustlers star wrote that BodyTune app users, "are clearly suffering from low self-esteem, body dysmorphia, or other mental health problems." She said her "heart goes out" to people who don't feel confident in their skin, but she still feels that encouraging the use of these apps would cause more harm to others struggling with body image. She concluded with a positive affirmation for fans, writing, "Once you alleviate yourself of the pressure to conform to FAKE/UNREAL body standards...the world is a lot brighter. I promise you."

Reinhart's message is not the first time the star has been an advocate for body acceptance. In November of 2018, Reinhart shared a message about body image with fans in a speech at the Glamour Women of the Year Summit, calling out the entertainment industry's role in creating unrealistic beauty standards for women.

"Remind yourself that this perfect world you see online or in magazines, in movies and television, are presented to you through many different filters," she said during the speech. "Do not set impossible goals of meeting those fake standards. It’s unrealistic to think that your body or my body will ever look like anyone else’s. That’s not the way it’s supposed to be. We are all imperfectly beautiful."

By opening up a candid conversation, Reinhart hopes to shift how women's bodies are discussed, and promote healthier self-esteem for the next generation. The Riverdale star's critique of the BodyTune app is a reminder that these "hazardous" media messages are prevalent, and could be creating unrealistic physical standards.