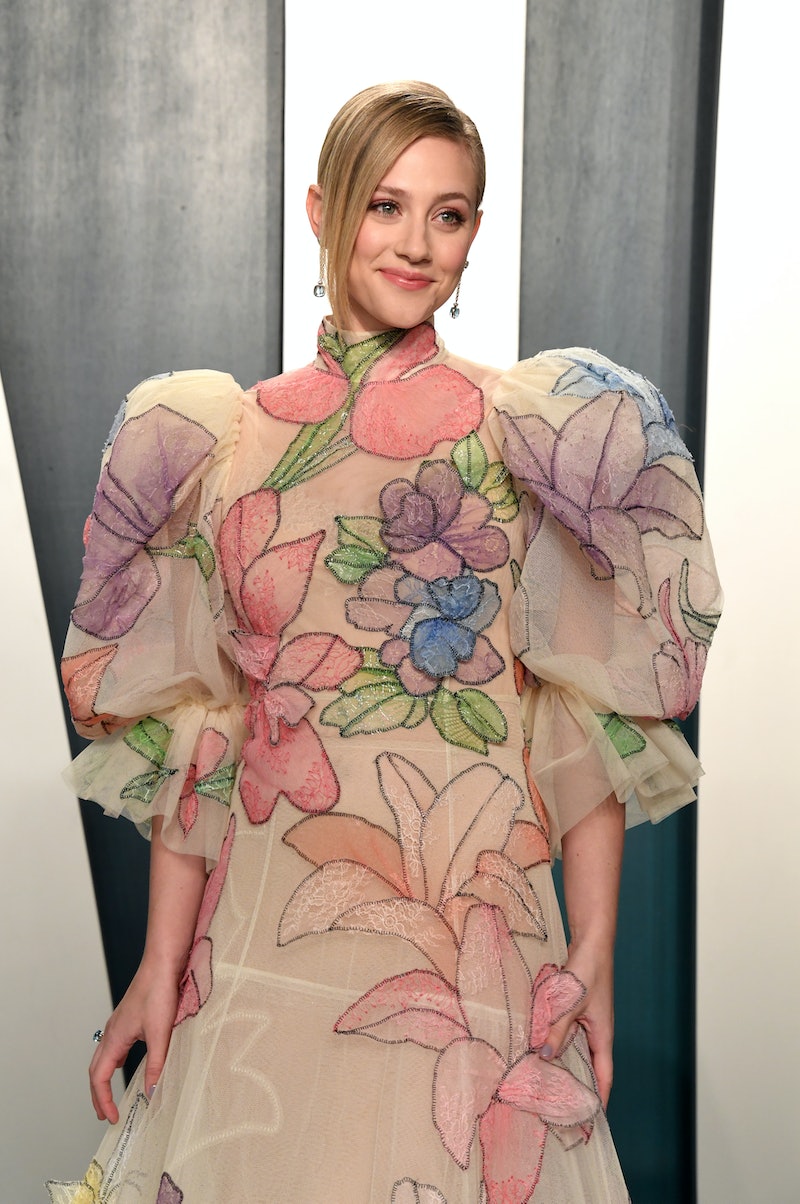 While promoting a LGBTQ+ for Black Lives Matter protest on Instagram on Wednesday, Lili Reinhart came out as bisexual. She didn't make some grand announcement but rather chose the casual route, all while putting focus on the protest being held June 3 in West Hollywood. "Although I've never announced it publicly before, I am a proud bisexual woman," the Riverdale star shared in an Instagram Story featuring a flier for the march. "And I will be joining this protest today. Come join," she added.

Reinhart coming out at bisexual and then joining a LGBTQ+ for Black Lives Matter protest seems like an appropriate way for her to celebrate not only her own sexual orientation but also her fellow community members during Pride Month. All while expressing solidarity with the Black Lives Matter movement following the nationwide protests sparked by George Floyd's murder.

This is the first time Reinhart has publicly announced her sexuality. Overall, the star is a pretty private person, especially when it comes to her romantic life. She previously dated her Riverdale co-star Cole Sprouse (they reportedly split in May after three years), but the two were always cautious about sharing relationship. They only attended a few select red carpet events together, like the Met Gala, and as Reinhart told Seventeen in 2018 about dating Sprouse, "It's called a private life for a reason — it’s mine, and it’s special and sacred. My relationships are between me and whomever I’m with, not between me and the world."

Reinhart simply coming out as bisexual is all she's shared with the public so far. If or when she wants to elaborate on her bisexuality, you can bet it will be on her own terms.

More like this
"Lavender Haze" Star Laith Ashley Breaks Down Filming With Taylor Swift
By Jake Viswanath
Janelle Monáe’s Nonbinary "Coming In" Was About "Truth & Authenticity"
By Brad Witter
Ozzie’s Coming Out Scene With Kitty On 'That ’90s Show' Has Twitter Sobbing
By Brad Witter
Adam Lambert Called Out The George Michael Biopic Over Potential Casting
By Sam Ramsden
Get Even More From Bustle — Sign Up For The Newsletter
From hair trends to relationship advice, our daily newsletter has everything you need to sound like a person who’s on TikTok, even if you aren’t.