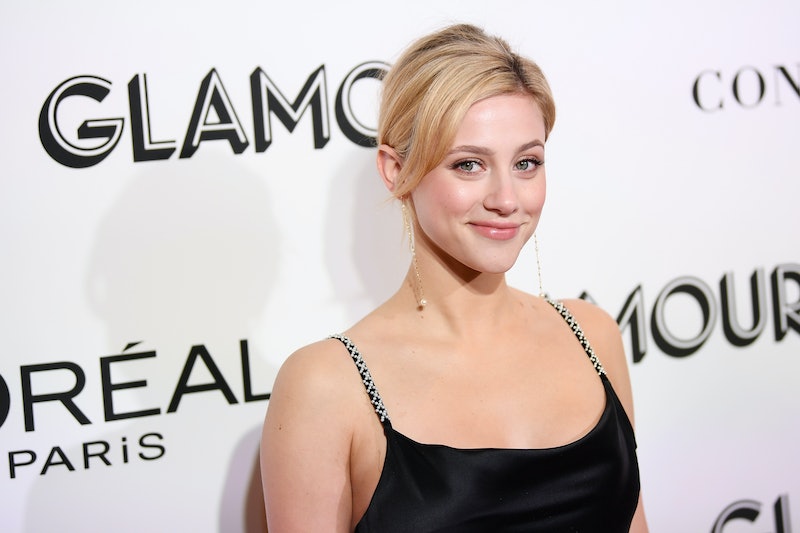 Lili Reinhart has no time for Twitter trolls and she's letting all of them know it. On Thursday, Jan. 3, Lili Reinhart had a strong message for the haters on Twitter. And it's a message that everyone needs to hear.

After returning to Twitter following her recent break, the Riverdale star decided to take aim at the trolls who continue to spew negativity on the social media platform. She wrote:

"At the end of the day, if you go online to attack people who you don't know... you are only making it brutally apparent how insecure and unhappy you are."

The actor continued to detail exactly how harmful these negative statements can be and encouraged all of those haters to think twice before sending such public, hurtful messages:

"Misery loves company. Which is why hate grows. And people find happiness in hating or criticizing the same things. So think of how you're presenting yourself as a human being when you choose to do so."

Of course, Twitter isn't simply full of trolls (even though it may seem like that, at times). In fact, there are many people on the platform who take a more positive approach to their time on the site. So, naturally, Reinhart made sure to follow-up her Twitter message with one directed towards the people who choose to lead with love and kindness. She wrote:

"Also, just a general thank you to everyone who is so kind and loving to me. I see you. I see your messages. It makes my heart happy. Thank you for your love."

According to E! News, Reinhart had another message for all of those trolls and it would probably make Dark Betty proud. The Riverdale star wrote on her Instagram Story on Jan. 2, alongside a photo from her tropical getaway, "Hey Twitter trolls, I'm in a tropical paradise drinking strawberry coladas and exploring an island, lol what u doin." In the caption for another photo, in which Reinhart was sticking up her middle finger, she wrote, "It's 2019, a--holes. Bite me." Basically, she's totally unbothered by all of the haters and is living her best life.

As previously mentioned, these updates come after the actor announced that she took a break from Twitter on Dec. 16. She revealed the news via her Instagram Story, in which she first told her followers,

"Do people on Twitter ever get tired of being so negative and disrespectful to literally everyone and everything? Are they really that miserable?"

She continued to write that her break from Twitter is due to all of the toxicity she experiences on the social media site:

"Taking a break from that toxic site and the people on it who feel the need to constantly attack me, my cast mates, my relationship, and Riverdale."

In short, Reinhart boldly and rightly put her own well-being first by taking a break from the overwhelming negativity that she, and those close to her, deal with on Twitter. And, based on her return to the site, complete with another strong message for those trolls, she's not going to stand for any of that hatred any longer.

More like this
Everything To Know About Taylor Swift’s 10th Studio Album, 'Midnights'
By Grace Wehniainen and Jake Viswanath
Everything To Know About 'RHONJ' Season 13
By Brad Witter and Jake Viswanath
Rachel Zegler Reveals She Had Breast Cancer Scare
By Radhika Menon
The 'Reasonable Doubt' Cast Includes A 'Save The Last Dance' Reunion
By Grace Wehniainen
Get Even More From Bustle — Sign Up For The Newsletter