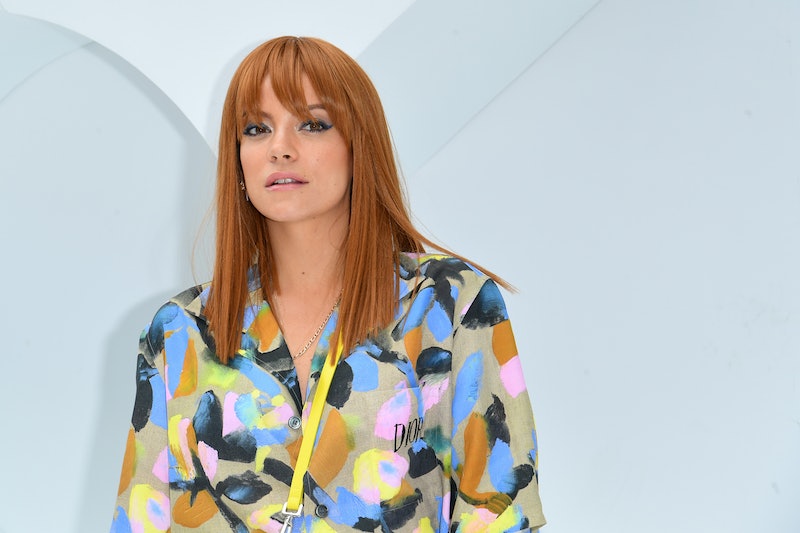 The film world's #MeToo moment spurred several other industries to open up about cases of harassment and assault. But one that seems to still be slow to take action is the music industry. On a recent episode of the BBC's The Next Episode podcast, singer and songwriter Lily Allen claimed her record label did nothing about a sexual assault allegation she made against an industry figure.

According to Allen, the alleged assault took place in 2016 on a work trip in the Caribbean. She told podcast host Miquita Oliver that a man "in a position of responsibility" took her back to her hotel after a party. The singer said she couldn't find her room key, so the man suggested sleeping in his bed while he went to get a key.

"So I passed out in his bed," Allen recalled. "I woke up and he was in my bed naked slapping my bum." She remembers the man attempting to have sex with her, adding: "I recoiled and I got up out of the bed and I screamed.”

A spokesperson for Allen's record label Warner Music told the BBC in statement: "We take accusations of sexual misconduct extremely seriously and investigate claims that are raised with us. We're very focused on enforcing our code of conduct and providing a safe and professional environment at all times." Bustle has contacted a representative of Warner Music and will update this piece should further comment be made available.

The 34-year-old explained that she didn't feel able to take the allegations to the police. "I didn't want to make a fuss and I wanted to keep it quiet," she told Oliver. "I remember thinking about his mum and how she would deal with the news that her son was a sexual predator, and I was prioritising everybody else in this situation except for myself."

It wasn't until she saw film industry members speaking out that she decided to do the same. The first public knowledge of the incident came in Allen's 2018 book, My Thoughts Exactly. In an interview with The Guardian at the time of publication, the singer said she first blamed herself for the alleged assault because she'd been drinking and was worried she'd be viewed as unreliable if she reported it.

Following the publication of the book, Allen told the BBC she met with a chief executive at her record label named Max Lousada. Allen said they spoke about the incident, with Lousada telling Allen he was completely unaware of the incident until reading about it. But, according to Allen, no action was taken after he became aware. Bustle reached out to Max Lousada for comment on Allen's claims, and will update this story if any comment is made available. The BBC understands that Warner Music, Allen's label, continues to work with the alleged individual.

Per the podcast, Allen said it's her "responsibility just to let some people know that this incident happened. I would feel awful if I found out that somebody much younger and more vulnerable had had a similar experience that could have been prevented."

She also believes her career has been affected by her decision to speak out. The star gave just one example in a 2018 interview with the Guardian, explaining how she turned down a Radio 1 gig that involved her potentially meeting the man again. After saying no, the singer said she was “punished by Radio 1, with no airplay for my next single, "Trigger Bang" — I just couldn’t tell them why I couldn’t take the slot."

She also described the music industry as being "rife with sexual abuse." As Pitchfork reports, 2018 saw numerous artists, producers, and executives accused of misconduct. Some faced little to no consequences. Women in the industry told the Victoria Derbyshire programme accounts of exploitation and assault, and music fans shared similar stories with the BBC. It seems the industry is yet to have its true #MeToo moment.