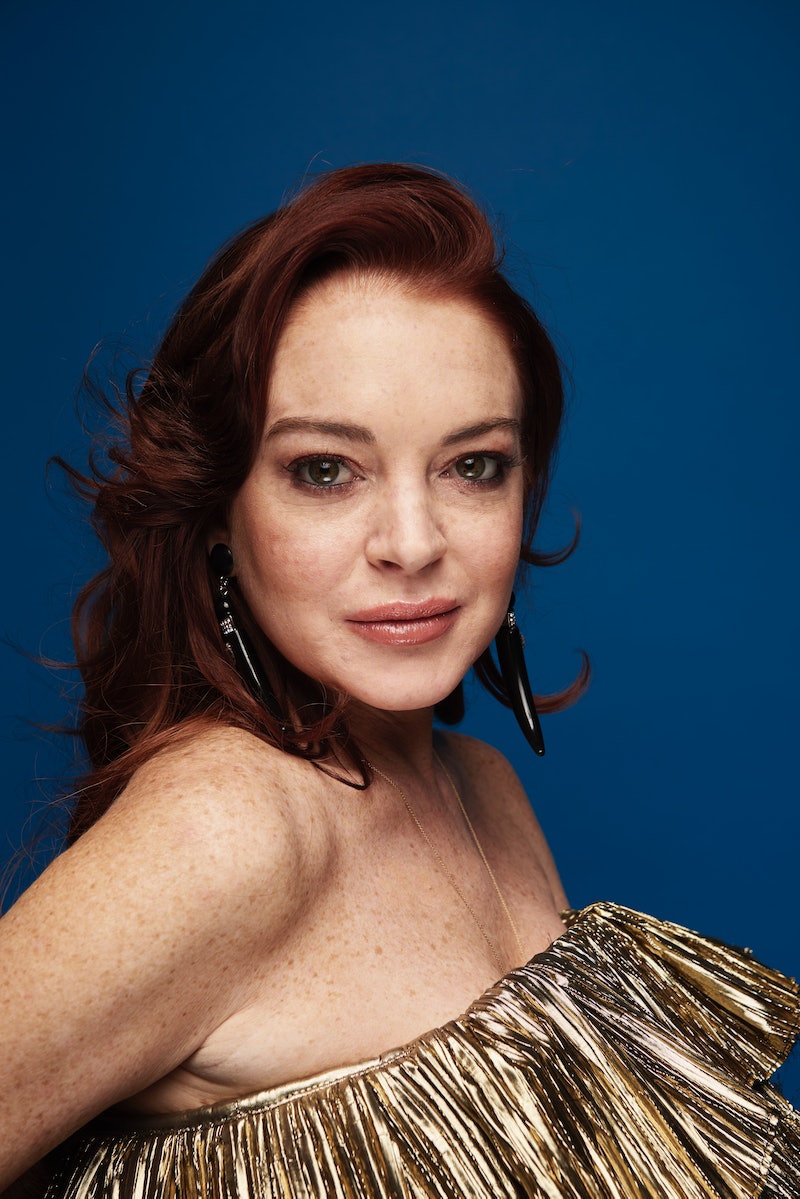 Although it may feel like the world is coming to an end, there's now one ray of light that just may help all of us get through these tough times — especially if your source of quarantine comfort is some shameless nostalgia. Lindsay Lohan just teased new music with a cryptic video about her impending comeback single. While the timing may be unexpected, her return to music could not be more welcome.

On Tuesday, March 31, Lohan posted a mysterious video to her social media accounts. The 30-second clip plays as a tabloid-style montage of highlights (her impeccable dance moves at Lohan Beach Club) and low points (paparazzi run-ins) from her entire career, narrated by reporters, as well as clips from vintage music videos like "Rumors," all leading up to one declarative statement: "I'm back."

And yes, she really means it. The teaser came accompanied with a link to Lohan's official website, where you can pre-save her new single on Spotify now. While no concrete date for her musical comeback has been given as of yet, the fact that the option to pre-save is already available certainly points to a release date in the very near future.

The impending single will mark Lohan's first since signing her new deal with Casablanca Records, the label she was under back in 2004. It will also mark her first single since 2008's iconic dance tune "Bossy," which ended up being the theme song to her short-lived MTV reality show Lindsay Lohan's Beach Club. The singer previously teased the release of a song entitled "Xanax," which has not yet officially materialized, but it's unclear if that's the same song she is planning on releasing soon.

Lohan first made a splash on the music scene as a Disney starlet in the early 2000s, with anthems like "Drama Queen (That Girl)" from Confessions of a Teenage Drama Queen, and other performances in her classic early 2000s movies. Although she's only released two albums to date, Speak in 2004 and A Little More Personal (Raw) in 2005, fans have never forgotten her hits like "Rumors," "First," and "Confessions of a Broken Heart (Daughter to Father)."

There's nothing quite like a Lindsay Lohan moment to put you in a good mood. Hopefully her single will come out sooner rather than later.

More like this
20 Years Later, Kelly Clarkson & 'American Idol' Judges Reunite For Her Hollywood Walk Of Fame Star
By Radhika Menon
Kate Bush Revealed The Real Meaning Behind 'Running Up That Hill' Lyrics
By Darshita Goyal
Netflix Reveals First Look At Wednesday In The 'Addams Family' Spinoff Series
By Bustle Editors
Drew Barrymore & Justin Long’s Reunion On Her Talk Show Had Her In Tears
By Radhika Menon
Get Even More From Bustle — Sign Up For The Newsletter