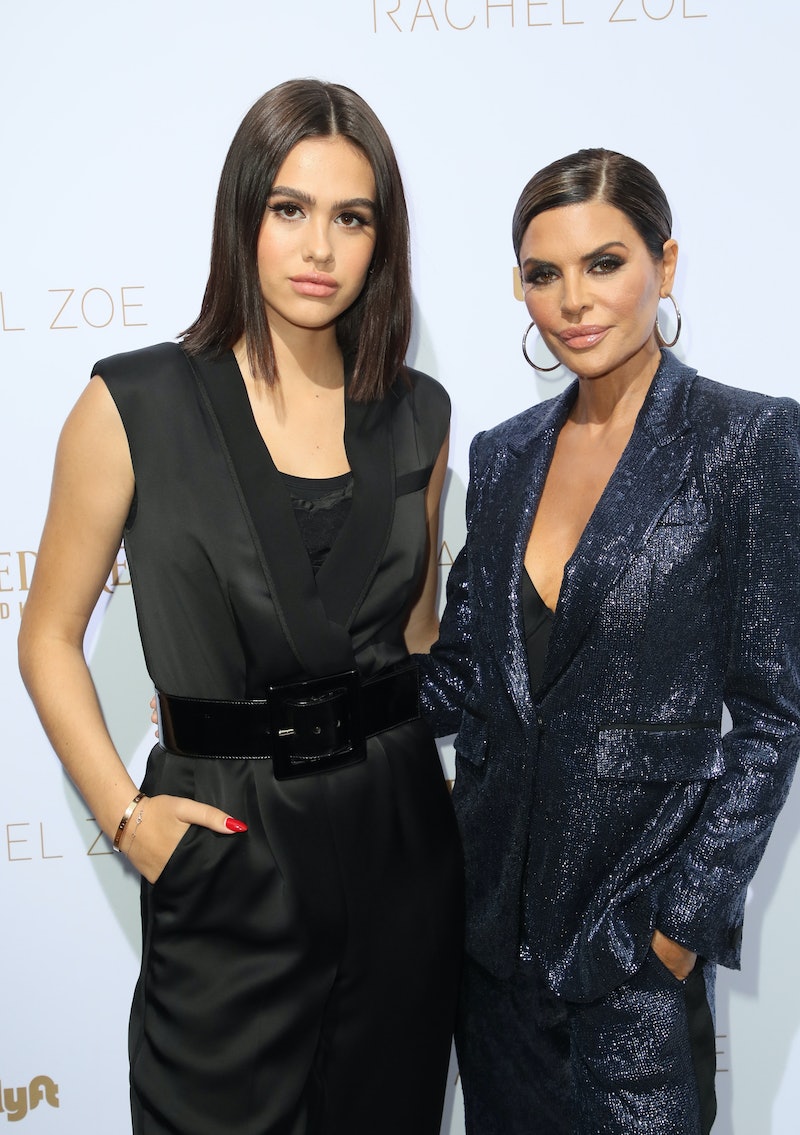 Even though the show is called Real Housewive of Beverly Hills, it's not just the wives providing compelling moments with the viewer this season. Lisa Rinna's daughter Amelia Gray Hamlin discussed her struggles with anorexia during the Feb. 19 RHOBH episode and considering that Amelia does not make many appearances on the show, this is pretty significant. During an on-camera interview, Lisa Rinna told the viewers, "A year ago, we found out that something was going on with Amelia. You could see it. My response to her at first was 'You gotta eat.' And, of course, it scared the sh*t out of me. I know it scared the sh*t out of Harry [Hamlin]. I know it scared the sh*t out of Delilah [Belle Hamlin]."

Amelia was very candid with her mother and viewers. She said, "No matter how many deaths anorexia causes, no matter how much blindness, how much hair loss, all I cared about was the skinniness. It's hard. I don't want what happened to me to happen to other people." This desire to help others is probably why she filmed this for the show.

Amelia did not hold back. She added, "I could have died." Then, she shared, "I hope people in the entertainment industry can stop putting up this facade of being perfect because we all have so much sh*t." Amelia added that people in the entertainment industry "probably" have more issues with their bodies given that they are always in the spotlight, which isn't exactly true. Everyone, whether they're on a reality show, wealthy, poor, whatever can be vulnerable to an eating disorder or other types of mental and physical health issues. Still, it was refreshing to see Amelia and Lisa use their Bravo platform to speak about their own issues.

This isn't the first time Amelia has spoken about her health issues in public. In a March 2018 Instagram post, Amelia shared a before and after photo with her followers. In the lengthy caption, Amelia opened up about her eating disorder.

Amelia told her followers, "Last year at this time there was no doubt that I was not okay. Not only physically but also mentally." The model wrote, "We’re human. All of us. Instead of people ever commenting on my mental stability, people commented on my weight. Usually, when people are struggling with an eating disorder it stems from your mind, and your body is a reflection of it."

She admitted, "Once I got the help that I needed, shortly after the second photo was taken, I began to try to love myself for me. I am SO beyond humbled and grateful to have the platform that I do at such a young age, and to wake up every morning with a little girl reaching out to me and telling me I am her inspiration, really makes me feel like I have a purpose." And after discussing this on Real Housewives of Beverly Hills, Amelia's words are bound to affect even more people.

In her Instagram caption, Amelia emphasized, "I went through this journey not for attention, not for people to pity me, but to help. I am on this earth to help people, and I know that. One in 200 women in the US suffer from anorexia. And I want to help." In a July 2018 interview with People Amelia explained why she shares so much with her Instagram followers. She said,

"I think it’s important because at the end of the day I think a lot of people forget that no matter the industry or what job you have, we are all human beings. It’s nice to be able to connect with my social media followers and once I opened up about it, I felt more like a person."

Watching the scene from the episode, it's evident that Amelia and Lisa have the best intentions when it came to sharing their story as a family. More scenes like this, and less infighting among the women, would make for a really compelling season.