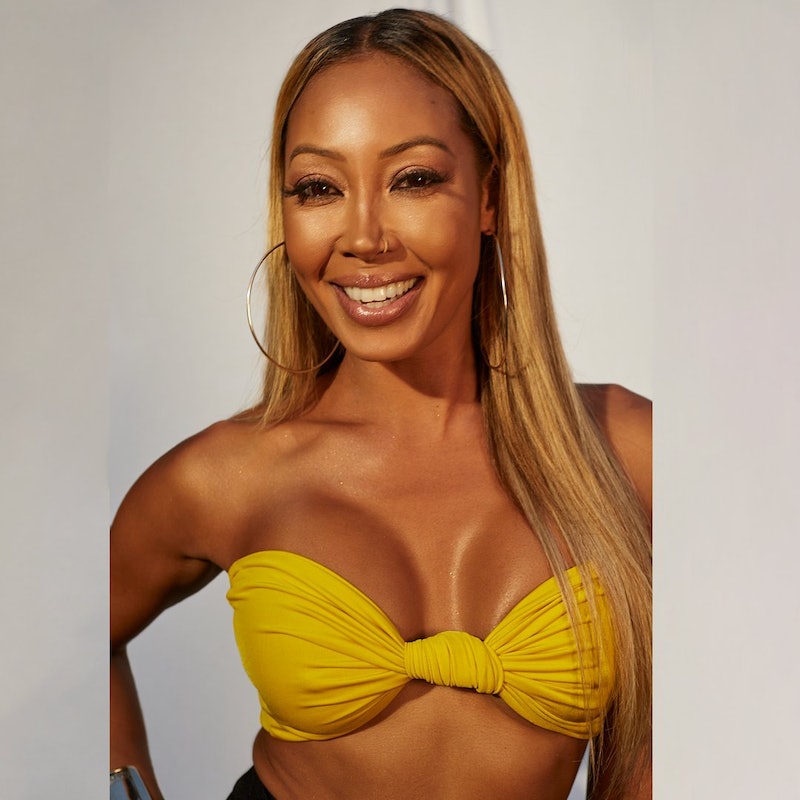 Most people would do anything to avoid seeing an ex in person. Nevertheless, the Ex on the Beach cast members are not like most people. They literally signed up to be a part of Ex on the Beach to do just that. Lisa "Thai" Coffey joined Ex on the Beach as Aubrey O'Day's ex, but there's a lot more to her story than dating someone in the public eye.

According to her MTV cast bio, Coffey is a Los Angeles- based clothing designer, which is how she and the reality TV all-star connected in the first place. She met Aubrey while styling her for Dumblonde, the singing duo that Aubrey formed with fellow Danity Kane member Shannon Bex. The bio claims that "their relationship quickly moved from business to pleasure, but it ended when Aubrey left Lisa to film Famously Single."

Ironically, Aubrey left that show in a relationship with another famous reality star, Jersey Shore star DJ Pauly D. As of this moment, it's unclear if Aubrey remained in touch after their split, but one of them is bound to spill the tea about the status of their relationship as soon as Lisa washes up on the beach in Malibu.

Fans do not know if Lisa joined Ex on the Beach to confront Aubrey about the way their relationship ended, to gain closure, to rekindle a flame, or something else entirely, but it sounds like she is going to be a valuable addition to the show, at least according to some of her co-stars. In a video posted to the official Ex on the Beach Instagram account, Season 3 cast members Marie Roda and Kenya Scott agree that Lisa is "wise" and Kenya says she is a "bad bitch."

Beyond her role on Ex on the Beach, Lisa is the founder of Coconut Village, which is described on its Instagram as a "Southeast Asian inspired clothing & accessories. Handmade from vintage up-cycled textiles with a boho twist."

On the Coconut Village website, Lisa explained that she formed the company with her mother in an effort to blend her "Lao traditions with a modern twist." It isn't just the mother/daughter duo working on Coconut Village though.

In a letter on her website, Lisa revealed, "I wanted to do more. And seeing the change that was brought to these women we opened up our first Coconut Village Workshop in November 2017, with over 20 women who are now a part of our family."

Aside from fashion and her recent foray into reality TV, Lisa says that she previously had a "successful modeling career" in a post that she wrote on the Coconut Village website. Lisa's IMDb page indicates that she was a "Wild 'N Out girl" on the show Wild 'N Out for an episode that aired in 2007. She also appeared in three episodes of the show Playboy Shootout in 2010.

Even though Lisa "Thai" Coffey will be introduced to the MTV audience as "Aubrey's ex" when she joins the Ex on the Beach cast in an upcoming episode, there is a lot more to her story. She is a hard worker with a passion for helping others and a love for her Lao heritage.