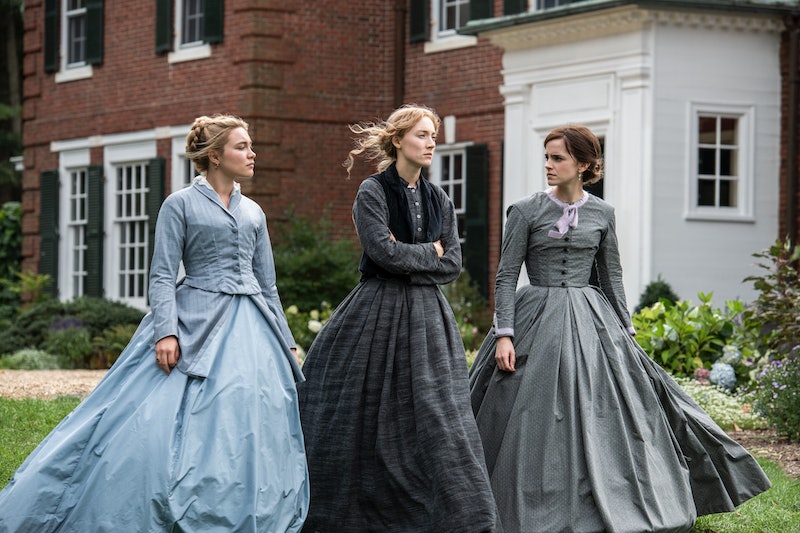 Greta Gerwig's adaptation of Little Women received a lot of love from the 2020 Oscar nominations, but frankly, it wasn't enough, especially when it came to directing. The Little Women Oscar nominees reacted to Greta Gerwig's snub for Best Director, and the lack of female directors nominated in the category overall. While they were ecstatic about the film's success on nominations day, it's safe to say that they weren't satisfied with Gerwig's lack of recognition for helming the critically acclaimed film.

Little Woman garnered six Oscars nominations, including Best Picture and a Best Adapted Screenplay nod for Gerwig. In a new interview for Deadline, producer Amy Pascal and actors Saoirse Ronan and Florence Pugh, who were nominated for Best Actress and Supporting Actress, respectively, sounded off on Little Women's reception at the Oscars, which is a very bittersweet moment for them.

“I feel like if you’ve been nominated for Best Picture, you have essentially been nominated for Best Director,” Ronan noted. “But to me, Greta, since she started, has made two perfect films, and I hope when she makes her next perfect movie, she gets recognized for everything, because I think she’s one of the most important filmmakers of our time.” And she has faith that Gerwig will persevere with even better films to come. “This just kind of makes her more determined to do brilliant work and to keep pushing great work out there,” she said.

Pugh called Gerwig's snub “a big blow, especially because she created a film that is so her and so unique and it’s just come out of her, and it’s been a story she’s wanted to do for so long.” She also had a lot to say about female directors as a whole being shut out of Best Director. “I think everybody’s angry and quite rightly so," she told Deadline. "I don’t know what the answer is, other than we’re talking about it.”

While Pascal admitted that she was “incredibly disappointed” about the directing snub, she acknowledged that Gerwig was the driving force behind the film in a statement for her Best Picture nomination. “We are profoundly overwhelmed and honored to have received all these nominations from the Academy, and to have made history by being only the third movie ever to be nominated for best picture that’s written, directed and produced exclusively by women," she said, as reported by Factbox. "This film is a testament to the brilliance of Greta Gerwig.”

Pugh summed it up best in her statement to Variety reacting to her Oscar nomination. "As Greta has said before, it’s been a great year for female creators and I hope this encourages a larger conversation," she said. "This is literally why Greta made the film — one about women living in a man’s world, related to money and success. This news only highlights the message of the film."

Clearly, it's time for the Academy to listen to Jo March's poignant words about women and actually acknowledge them in fields where they are too often underrepresented. Until next time, Greta!