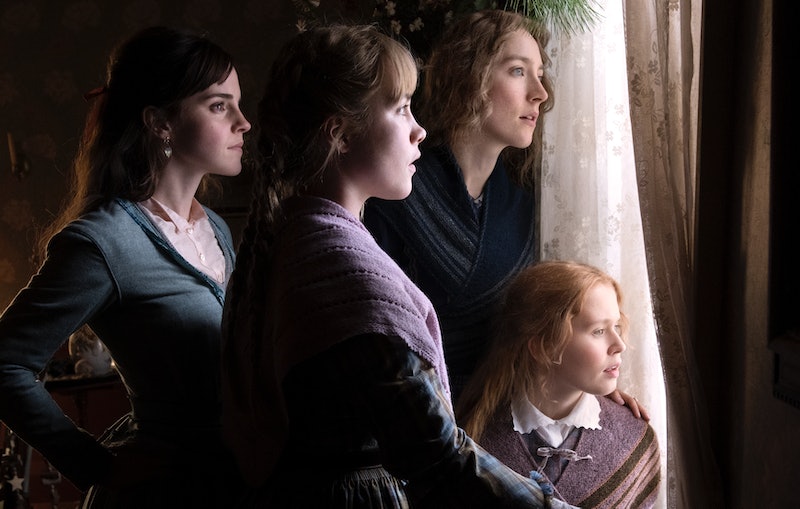 After being shut out of the Golden Globes entirely, women directors were snubbed by the Oscars on Monday morning, as well. When the all-male list of names was read, Issa Rae, who announced the nominees with John Cho, quipped, "Congratulations to those men." Her comment likely sums up how many movie fans are feeling after the Academy failed to recognize the work of women directors in a year when their movies were among the most talked about.

The five men who scored nominations in the Best Director category were: Martin Scorsese (The Irishman), Quentin Tarantino (Once Upon a Time in Hollywood), Bong Joon-ho (Parasite), Sam Mendes (1917), and Todd Phillips (Joker). Meanwhile, female directors like Greta Gerwig (Little Women), Lulu Wang (The Farewell), Lorene Scafaria (Hustlers), Marielle Heller (A Beautiful Day in the Neighborhood), Kasi Lemmons (Harriet), and Olivia Wilde (Booksmart) were passed over. Not only were the directors snubbed, but in many cases, the films themselves were passed over as well, despite receiving critical acclaim and helping to define the year in cinema.

Gerwig's snub is the most glaring one considering just how many nominations Little Women garnered in other categories. The movie was nominated for six Oscars, including Best Picture, Best Adapted Screenplay, Best Actress, and Best Supporting Actress. Meanwhile, Gerwig did score a nomination for her writing the screenplay, but that only makes her omission in the directing category all the more glaring.

The lack of female nominees comes just days after the Center for the Study of Women in Television and Film at San Diego State University released a report that found 40% of 2019's highest-grossing films included a female lead character, per The Guardian. That's the highest figure that the annual survey has recorded since it began in 2002. The study also showed that there's a direct link between female directors and writers being involved in films, and women having a more prominent role onscreen.

With more women working behind the camera and in front of it, more female stories are being told than ever before, but they're still being passed over for male stories that the Academy deems serious and award-worthy, like The Irishman and Joker. This isn't a new issue by any means — only five women have been nominated for Best Director since the Oscars began — but it's more distressing than ever before, especially since a 2018 MPAA study found that 51% of all moviegoers are women, per Women in Hollywood.

Women are making incredible movies that other women are showing up to see in an era when fewer people than ever before are actually going to the theater, and yet, when it comes time to hand out awards, women's achievements in film continue to be overlooked. Ultimately, that says far more about the antiquated academy than it does about how important female voices are to the continuing success of the box office — and Hollywood's ability to stay relevant as audiences seek out new and inclusive stories

More like this
Paul Mescal’s Family Celebrated His Oscar Nomination In The Sweetest Way
By El Hunt
What Is Mary J. Blige’s Net Worth? The 9-Time Grammy Winner Is Doing “Just Fine”
By Hugh McIntyre
How Andrea Riseborough Got Nominated — & Almost Disqualified For An Oscar
By Jake Viswanath
12 Years Ago, Austin Butler Manifested His Oscar Nom In This Disney Movie Scene
By Jake Viswanath
Get Even More From Bustle — Sign Up For The Newsletter
From hair trends to relationship advice, our daily newsletter has everything you need to sound like a person who’s on TikTok, even if you aren’t.