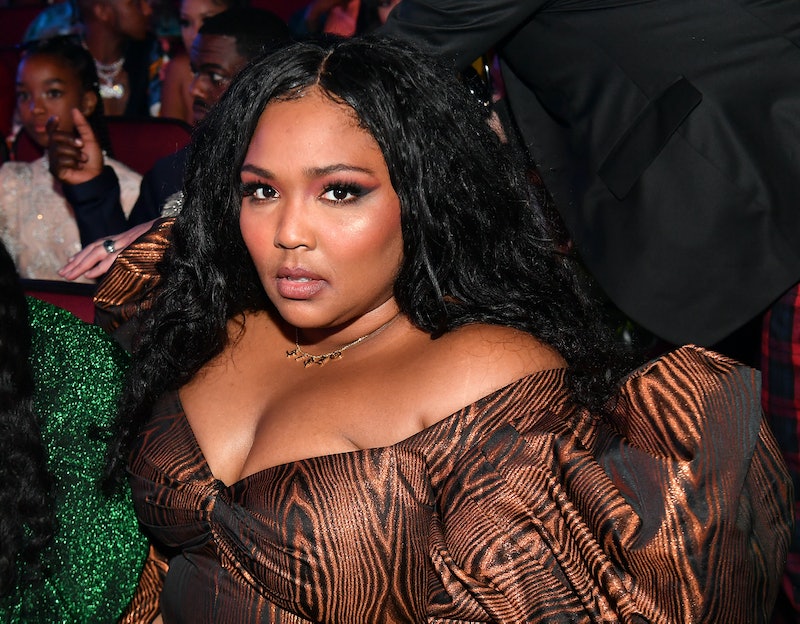 Now this could really be what dreams are made of. Shortly after Hilary Duff confirmed that she would reprise her breakthrough role for Disney+, Lizzo asked to cameo on the Lizzie McGuire revival when the show arrives on Disney's streaming service.

The rapper and singer responded to a tweet from The Hollywood Reporter sharing the news that Duff will star in a reboot of the iconic Disney Channel sitcom, which the actor herself confirmed at the D23 Expo on Aug. 23. "Lemme get a cameo," Lizzo wrote on Twitter, adding a desperate-looking emoji to really let fans and Disney executives know how epic a Lizzo and Lizzie meet up would be.

While it doesn't look like Disney+ has responded to Lizzo's request just yet, it's possible that the rapper could play Lizzie's new best friend in New York City, as Duff's former co stars, LaLaine and Adam Lamberg, have yet to sign on to the revival. However, Duff told Entertainment Tonight after the D23 announcement that there's a chance more familiar faces will join the reboot. "The chances are high!" she teased about the updated Lizzie McGuire. "I can't tell you too much, but I think that people are going to be very surprised and excited."

Duff also confirmed to ET that she's been very involved with the reboot every step of the way. "I've been a big part of the process with [creator] Terri Minsky and the creative process of where [Lizzie's] been and where she's going and, really, it's a dream come true," Duff said, describing the prospect of reprising the iconic character as "surreal."

"[Lizzie and I] have so many similarities, but our lives are very different," the actor teased. "She's been living in New York and I'm not sure how long she's going to stay there, but that's going to all be a part [of the show]."

According to Variety, Duff told the audience at the D23 Expo that the Lizzie McGuire revival will center around Lizzie living her life as a 30-something woman, discovering what she wants out of life. "Lizzie has grown up, she's older, she's wiser, she has a much bigger shoe budget," Duff said, noting that Lizzie is "not a mom" in the new episodes. "She has her dream job, the perfect life right now working as an apprentice to a fancy New York City decorator."

Since fans last saw her, "Lizzie has found "the perfect man, who owns a cool SoHo restaurant," according to Duff. "She has her dream apartment in Brooklyn, and she's getting ready to celebrate her thirtieth birthday."

Duff shared her own excitement over the revival on Instagram, writing that she's been "trying to contain this excitement for a loooong time while this has been in the works!" The actor added, "I am beyond excited to be home again, back with my girl ♥️...and into her 30’s" before noting that she's hoping that Lizzie will "#bringbackbutterflyclips" when the show arrives on Disney+. Early aughts fashion, possible celebrity cameos and a handsome new love interest for Lizzie — it seems like the upcoming Lizzie McGuire really might be everything that fans' dreams are made of.