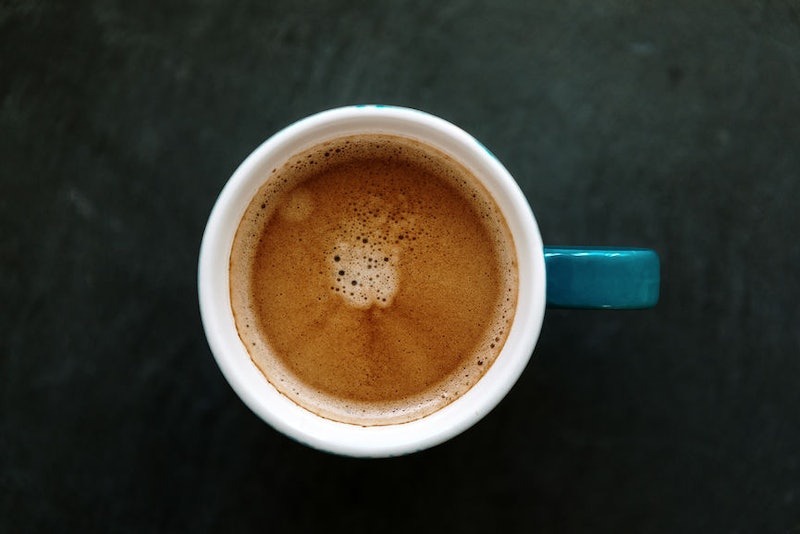 That morning cup of Joe. For coffee lovers, it is not just a cute, Instagram-able thing that features as a part of their day. It is100 percent necessary if they're ever going to get through the say. That caffeine injection makes a lot of things slightly more bearable. But, guys, we all know there's only so much caffeine you can ingest before feeling like you are about to combust. Good news for caffeine addicts, though, because new research shows that simply looking at coffee may have same effect as drinking the stuff.

According to the new study, which was undertaken was by the University of Toronto, just the mere thought of coffee can make your brain more alert and attentive. What? Yes, you might well be about to save a lot of money on your daily flat white — just by looking at other people's. According to Medical Express, Dr Sam Maglio, who is one of the study's authors, said of the research:

"People often encounter coffee-related cues, or think about coffee, without actually ingesting it. We wanted to see if there was an association between coffee and arousal such that if we simply exposed people to coffee-related cues, their physiological arousal would increase, as it would if they had actually drank coffee."

The Medical Express reports that the research involved four separate studies, and the total number of participants was up to 342. The participants, who were a mixture of Eastern and Western nationalities, were shown cues for either coffee or tea. And the results the researchers found were pretty wild. Basically, the participants who saw cues that were related to coffee thought in "more concrete, precise terms." Maglio found that, just by looking at images of coffee, the participants appeared more on the ball. The researcher said:

"People who experience physiological arousal — in this case as the result of priming and not drinking coffee itself — see the world in more specific, detailed terms."

As I mentioned before, the study was done on people from both Western and Eastern cultures. Interestingly, Eastern cultures, who are traditionally more tea drinkers, weren't as affected by the sight of caffeine. As Maglio explained to the Medical Express:

"In North America we have this image of a prototypical executive rushing off to an important meeting with a triple espresso in their hand. There's this connection between drinking caffeine and arousal that may not exist in other cultures."

So, this is potentially good news for those looking to cut back on their coffee addiction. Coffee is bad for you, right? Well, TBH we're not 100 percent sure. Turns out it might actually be good for you. Recent research points to coffee reducing the risk of multiple illnesses. Which also probably a relief for lots of people, as figures from 2018 showed that 95 million cups of coffee are drank in the UK every day.

So maybe it's time to drop the guilt and pick up that cup of joe. Or just look at it. Whatever you prefer. You do you babe.