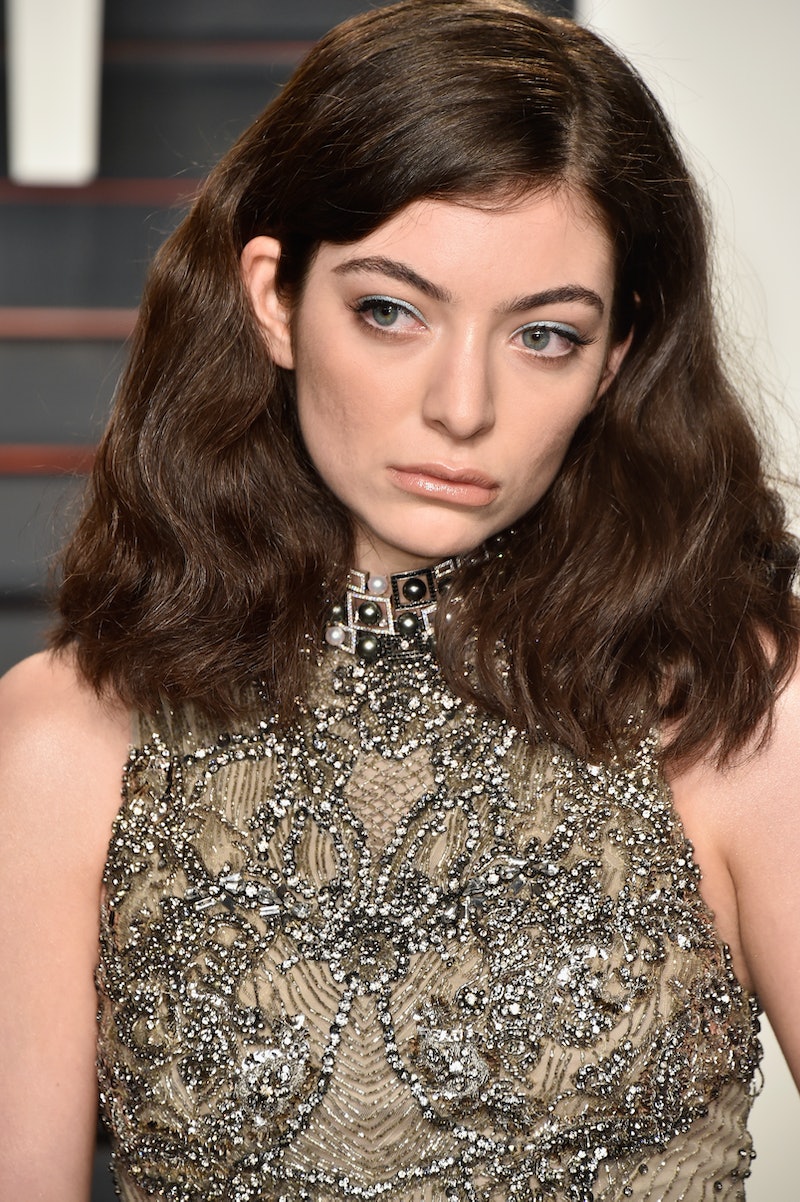 After four years outside the spotlight, Lorde will return with her long-awaited sophomore album, Melodrama, June 16. She's already been rolling out tracks from the record in anticipation of its release, and on Thursday she unveiled her second new song in as many weeks. So far, it seems Lorde has been drawing heavily from her female pop peers, and this time around is no different: "Liability" was inspired by Rihanna.

While introducing the single on Zane Lowe's Beats 1 show, Lorde said Rihanna's "Higher" forced her to do some important self-reflection, and in turn, she came to a striking realization. As she told the host,

"I was in this cab alone listening to “Higher” by Rihanna because Anti had just come out, and I had a little cry and I was just like 'it’s always going to be this way, at some point with everyone it’s going to be this way.' But the song kind of ended up turning into a bit of a protective talismans for me. I was like, you know what, I'm always gonna have myself so I have to really nurture this relationship and feel good about hanging out with myself and loving myself."

Though the songs are lyrically disparate, there are some sonic similarities. Both are sparse, emotional, and starkly beautiful ballads that grapple with loneliness and rejection. Stylistically, Lorde told Lowe "Liability" mirrors the drunken, hip-hop indebted qualities of "Higher." "The tone of the melody, the way it kind of falls around, it’s almost like it’s kind of drunk or it sort of leans around, it’s got this hip-hop cadence to it," she said.

But where Rihanna's is a late night plea to get back with an ex, Lorde's meditates on the reality of finding love in the limelight, when being with her means giving up the privacy only afforded to those not thrust into the public eye.

"Liability" also builds off of "Green Light" — Melodrama's danceable, heart-swelling lead single — which many were quick to favorably liken to Robyn's 2010 hit "Dancing On My Own." If her first songs are any indication, Melodrama will be mature, inventive, and full of female touchstones, and that's a project worth getting excited about.