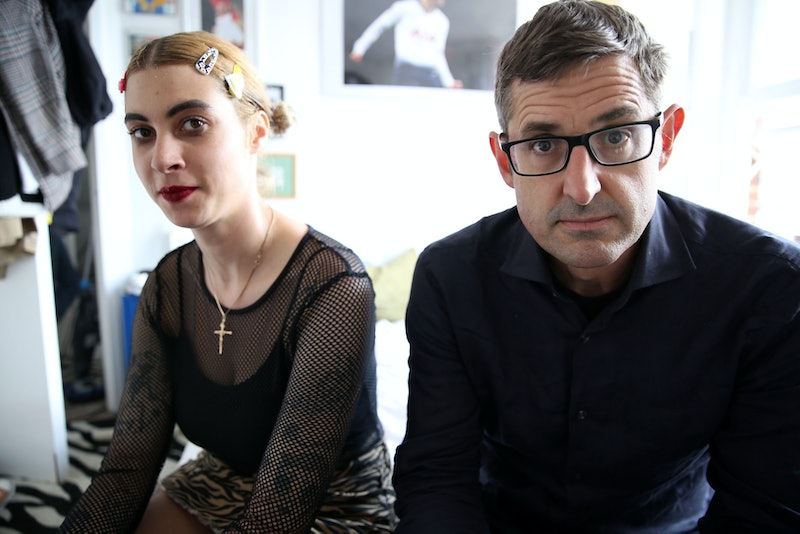 January is prime TV watching time, with the cold weather and post-Christmas lack of cash creating the perfect excuse to settle down in front of something new. And, if you thought you'd exhausted everything to watch over Christmas and New Year, fear not because Louis Theroux has a new documentary on the BBC. As ever, he’s not shied away from a tough topic — in Selling Sex he’ll be exploring how social media has changed sex work.

With The Night In Question and Mothers On The Edge both being released in 2019 it feels like we've heard quite a lot of Theroux of late. In his first 2020 offering, he hears from three UK sex workers about how they got into the industry. In a statement about the doc, Theroux said: “I’m always drawn to stories that involve ethical wrinkles, issues that are deeply felt, but are also divisive, and in which good-hearted people can come to opposite conclusions. The debate around selling sex is exactly that kind of story.”

In the past, Theroux has produced investigative films about love and religion, euthanasia, and adoption. Like many of the issues he’s covered, he admitted that once he scratched the surface of his new film things were far more complicated than he realised. He said, “I thought it would be revealing to speak to the women involved in the business of selling sex. Once we started looking we discovered that the sexual economy seems to have been turbo-charged by the prevalence of new websites and social media that allow users to meet up more easily, to write reviews of each other, and swap information.” He continued:

"What we ended up with was a very intimate look at three very individual women and the different paths that led them to this field of work. I found it revealing and thought-provoking to make, I hope viewers have the same experience."

However, since the documentary was made, two of the people featured have come forward and said they feel they were misled over the nature of its narrative. Georgina Tyson and Ashleigh Williams are two of the women involved in Louis Theroux: Selling Sex and in an open letter about working on the film, Tyson wrote: “[the producers] supposedly wanted to follow a newish sex worker to document that experience, it felt more like they were pushing the stereotype of sex workers being sex workers because something bad happened to them.” Williams continued: “I should be grateful to have been given the platform. But the whole of the BBC’s attitude stinks. It hurts to stand by and watch your closest friend, coworker, carer, wife, life partner literally axed at any given point.”

A BBC spokeperson added: "Georgina is not identified as being a sex worker in the film, nor is she a subject of the documentary. Our initial contact was with Ashleigh, and it was clear that she was the focus of the film, not Georgina." They continued:

"We have addressed their concerns in the final edit of the film, and have listened to their comments throughout the filming process. We are confident that Ashleigh gave informed consent to be a part of the documentary as is evidenced by ongoing communication with her. Louis is well-versed with handling sensitive cases and has always had the utmost respect for the subjects of his documentaries."

The documentary has been described as an intimate look at how the sex industry has changed over time and what it's like for workers. In a statement Theroux said, "mainly, I’d like to thank the women who so openly and honestly let me in to their lives and helped broaden my understanding of their lives and experiences.” Whether or not Theroux and the BBC succeeded in creating a balanced look at sex work will have to be decided by viewers.