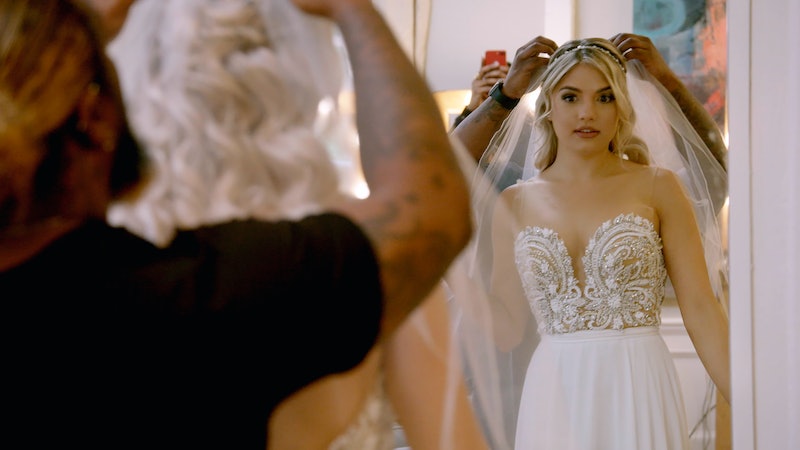 The world may feel like a dark and scary place right now, in the middle of the coronavirus outbreak, but Netflix is here to brighten up your day, week, month, and even year. On Tuesday, March 24, the streaming platform announced that Love Is Blind has been picked up for a second and third season, along with numerous other unscripted shows, such as The Circle — which also nabbed a two-season pick-up — and Rhythm + Flow, which received a Season 2 renewal. Each series is slated to return for their respective second seasons sometime in 2021, however, official premiere dates have yet to be confirmed.

While the premise behind Love Is Blind may have seemed like an odd concept at first — Falling in love with someone without actually meeting face-to-face? How is that possible? — the series seems to have been a bit ahead of its time. It basically created dating while social distancing. Now, Season 2 will introduce a whole new set of individuals who are looking to explore this modern way of dating and hopefully evolve into full-blown love stories. Nick and Vanessa Lachey will also be returning as hosts.

As per the press release, Season 2 is currently casting in Chicago rather than in Atlanta, which is where the first season was filmed and where most of the contestants had been from. So if you're interested in signing up for the series and reside in the Chicago area, you're in luck. Applying is fairly straightforward — all you have to do is heading over to loveisblind.castingcrane.com and fill out the necessary information as instructed. Please note you must be at least 21 years old to apply.

“It's been incredible to see Netflix members everywhere respond to the raw, authentic stories of real people and real stakes,” Netflix Vice President of Nonfiction Series and Comedy Specials, Brandon Riegg, said in a press release provided to Bustle. “We pride ourselves on creating a favorite show for any taste, and we're thrilled fans embraced all of these series with such enthusiasm and shared passion. We look forward to sparking more joy for our members.”

Speaking of sparking joy, along with the three renewals, Netflix is also spear-heading a new series from decluttering expert Marie Kondo, titled Sparking Joy with Marie Kondo, which is also slated to debut next year. So don't worry — there's going to be plenty more reality goodies to soak up from the comfort of your couch in the coming years.