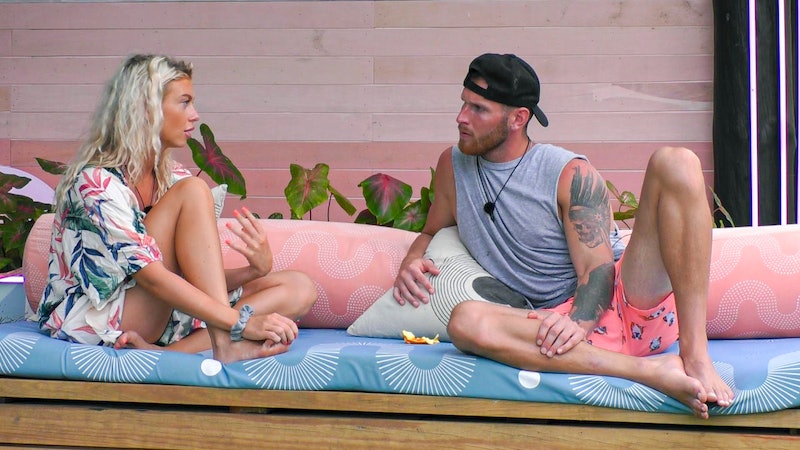 Things are more complicated than ever on Love Island. But luckily, there's a re-coupling on Wednesday night to help sort out all of the new and old feelings floating around the villa. And though she has a big choice to make about Weston, Kelsey's Instagram shows the Love Island newcomer can probably handle this shake-up, even if yes, it's pretty stressful.

According to Kelsey's Love Island bio, she's a mortgage marketing manager. However, she doesn't post about work on Instagram all that much. It's mostly selfies, travel pics, and other shots from her enviably glam lifestyle. But from the show, we know she's a down-to-earth girl who isn't afraid to kick it low-key while rocking a messy bun.

In fact, the further you scroll past the Love Island promo posts (contestants' friends or family often post for them while they're away on the show) and some more recent modeling shots, there are plenty of friends, family, and cute babies and animals to balance it all out.

You've also probably noticed Kelsey working out a lot on Love Island, and that shows in her Instagram presence too. For her, exercise is a part of self-care, whether it's hitting the gym or simply going on a walk.

"Sunday's are for self love and relaxation for me. Today consists of meal prep, laundry, a long nice outside walk, and ending the night with a face mask," she captioned a post in June. "So so important to take care of not only your physical but mental health. Always make sure to make time for you because if you don't take care of you who will?"

Kelsey is always looking on-point in pictures, and her social media presence is well-curated. She posts often about finding balance in life and feeling comfortable in her skin, so it's clear she's a confident and grounded woman. It's hard to predict what decision she'll make at the recoupling, but whatever the case, it will be the best choice for her. She seems like the kind of person who really thinks things through.

As for Weston, he may not be the perfect match for Kelsey. Two other women are into him, which has left him in, as he said, a "pickle." At the end of Tuesday's episode, Kelsey posed dramatically on the balcony of the villa in order to do some thinking. Should she stay with Weston, who all of a sudden does not seem all that willing to stay with her? Or should she pick one of the new arrivals and see where things go?

Luckily, at the end of the day, the power is in her hands. That is, if that's what she wants to be with someone anymore. There's also a fan theory floating around Twitter that Kelsey will dump herself from Love Island. And honestly, who could blame her? She's been nothing but committed to Weston, and if he's not giving her the same loyalty in return and she's not feeling it with anyone else, she can probably find someone better IRL.