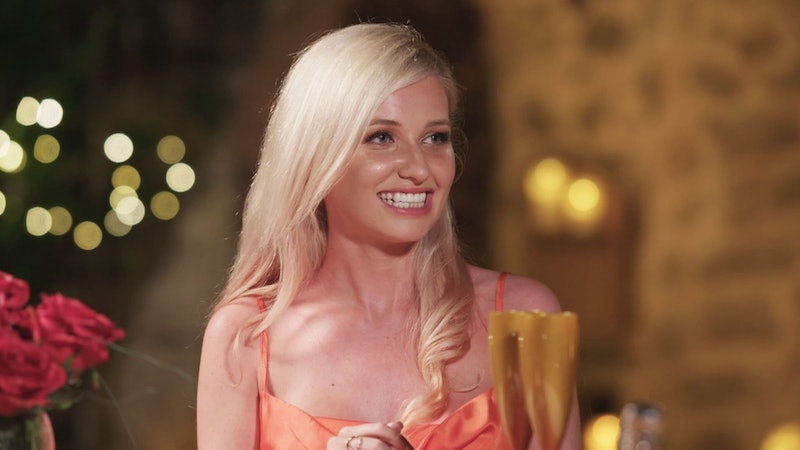 Just in case you haven’t let go over the nation's favourite reality TV show just yet, then do not fear because 2019 Love Island contestant Amy Heart’s Theatre Stagey sing along is coming to London for one night only. So, for those who love musicals and obsessed with Love Island and Amy, this is for you.

As many Love Island fans will already know, 26-year-old Amy is a massive fan of musical theatre, and now she's turning that passion into an event that we can all go along to. Amy will be giving the audiences at 99 St Martin’s Lane Theatre Cafe in London the old razzle dazzle on Thursday 21 Aug. Not only will she be leading a sing-a-long, but this event will also work as a meet and greet for fans and the money raised from tickets will go to theatre charity Mousetrap Theatre Projects.

The former islander took to Instagram to share her excitement about the sing-along and meeting her musical theatre fans. She wrote:

“Now we all know I went to the villa to find love....but my one true love in life is musical theatre. SO, I’m doing a sort of meet and greet but more a ‘let’s hang out and be stagey all together’ evening on Weds at theatre cafe. For safety reasons it has to be a ticketed event but once the lovely gang at the TC have taken what they need to run the event, everything else is going to charity!"

The Theatre Cafe is London’s first theatre-themed coffee shop and it’s in Shaftesbury Avenue, right in the West End. For theatre lovers, the café is the perfect place to get fully immersed in, and it also serves as a venue to purchase your tickets for your favourite West End shows.

Amy entered the villa as a front runner for the crown and part of the £50,000 prize money when she coupled up with ballroom dancer Curtis Prichard. Sadly, things went sour when Casa Amor came around and Curtis admitted he liked one of the new girls, unbeknownst to Amy, who admitted falling in love for him. He later broke things off with Amy, and the nation was left devastated as Amy made the decision to leave the villa early.

The charity Amy will be raising money for via theatre tickets does wonderful work in theatre for young people. Mousetrap Theatre Projects aims to get young people from all backgrounds into theatre, which historically is a hard industry to permeate.

"We believe that all young people should have the opportunity to attend outstanding theatre, irrespective of their cultural, social or economic background," the charity's website writes. "Our mission is to increase young people’s access to the best of live theatre in London (particularly young people with limited resources, opportunities or support) and to enable them to engage creatively with that experience."

And it’s not just Love Island stars who stop by for a sing-along. You can often find a famous face or a West End star stopping by to perform at The Theatre Cafe. Later this month, cast members from the hit show Mama Mia!, Lucy May Barker, Cameron Burt, and Caroline Deverill, will be singing and answering fans questions.